‘Dark day’ for Australian basketball after FIBA brawl in PH 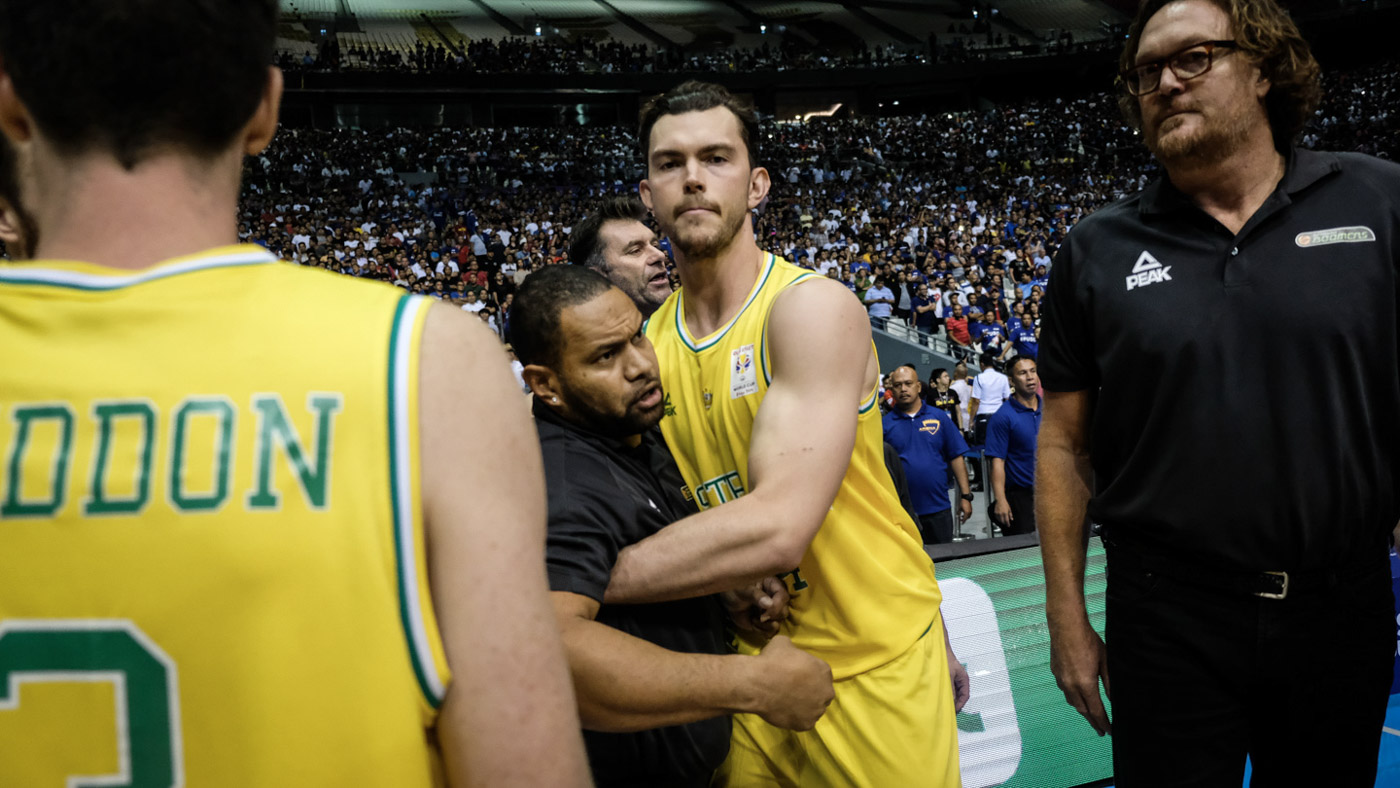 Moore, who was watching the game on live TV back in Australia, called for a press conference on Tuesday, July 3 to further explain the federation’s “regrets” of the incident.

“We’re on the front page of the paper today and you’re all here because of a pretty ugly incident that happened overnight. We need to work incredibly hard to repair that image,” added the CEO.

After seeing the situation of their players during the brawl, the Boomers team management immediately rebooked the team’s flight to Australia from Tuesday afternoon to morning. The Aussies continue to fear for their safety until they arrive back in their country.

“We saw one of our players being assaulted by a fan and we got the recording on a pack of officials prying on the boy, and we also got a fan throwing a chair on our players, so we absolutely find that unacceptable,” said Moore.

“Our primary concern was the safety of our players and what insured them after.”

Basketball Australia praised its team management and officials for remaining in their respective positions and actively restraining the players from clearing the bench.

“It’s actually credit to our team management and officials to actually hold back our players and that’s the result of 9 Filipinos ejected and only 4 of ours involved.”

“It’s a pretty challenging time as some want to go out and support their teammates, but you know they are physically restrained from doing so because of that ejection in place.”

Both Australia and Philippines will wait for the final decisions and respective sanctions of FIBA after its review of the incident, which will come in the following days. – Rappler.com