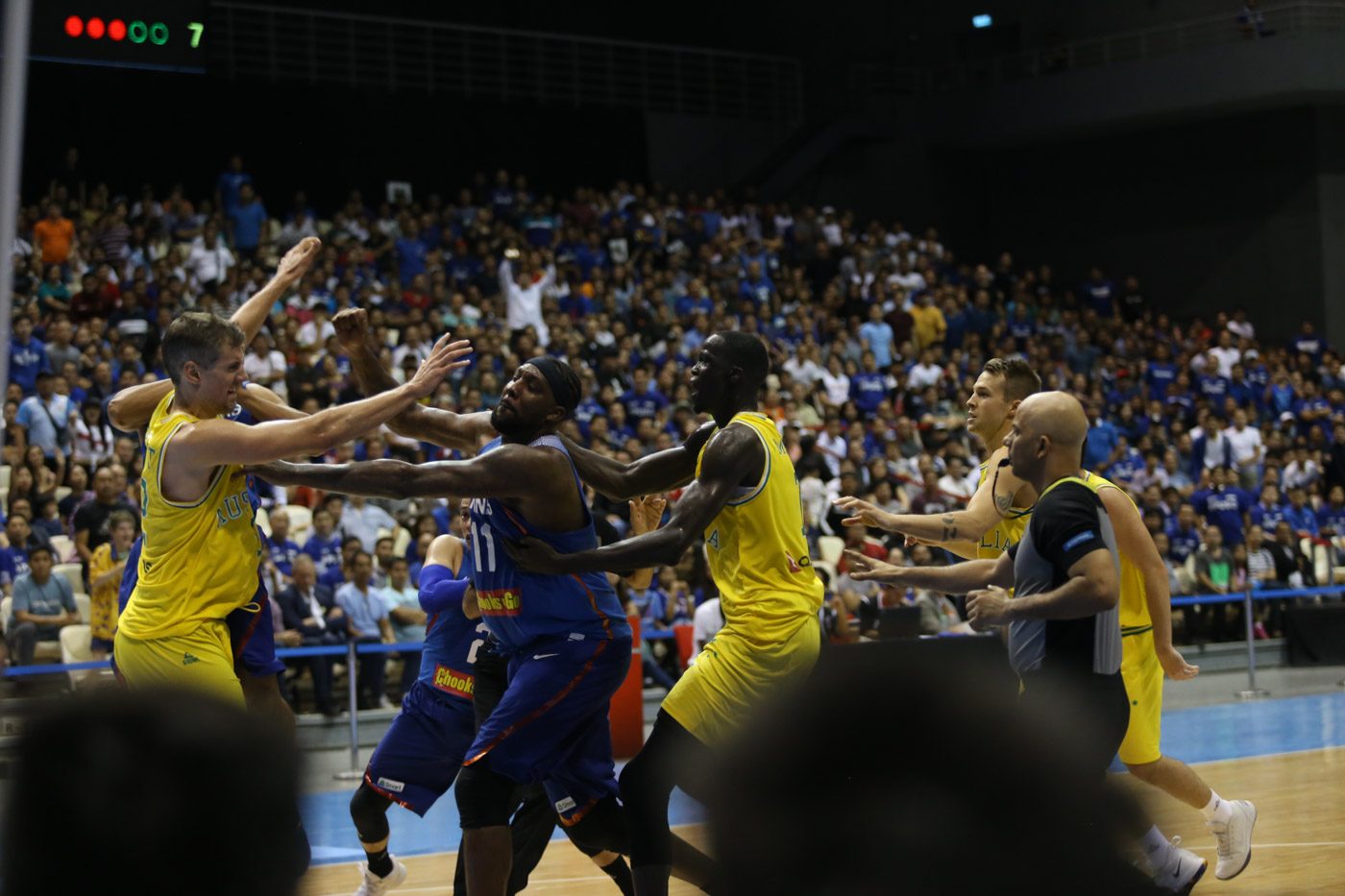 MANILA, Philippines – NBA player Thon Maker said he only wanted to “protect my teammates and myself” after being embroiled in the brawl that tainted the Philippines-Australia match at the Philippine Arena on Monday, July 2.

Maker, a member of the Milwaukee Bucks, was one of the 13 players ejected from the game that ended prematurely and the Aussies winning by default with 14 minutes left to play. Australia was ahead 89-53 when the game was halted.

The 21-year-old, who made his international debut for Australia in a 78-79 loss to Japan last June 29, unleashed flying kicks as the fracas erupted between the two squads.

He jumped and landed on Andray Blatche’s back before he was punched to the head by Terrence Romeo. In retaliation, he chased the Filipino guard and launched a flying kick but badly missed.

Maker took to Twitter to air his side. (READ: ‘Dark day’ for Australian basketball after FIBA brawl in PH)

“I take responsibilty for my actions knowing that they were a result of my desire to protect my teammates and myself,” he wrote.

“I am deeply disappointed in the actions displayed during yesterday’s game against the Philippines.”

“Being from a war-torn country, basketball for me has always ben a means to bring people together,” added Maker, who escaped the civil war in Uganda with his family before they were accepted as refugees in Australia.

The 7-foot-1 highlighted the need to improve on security in such games, especially since civilians also joined the skirmish, with one even throwing a chair at the Aussie Nathan Sobey’s head.

“My hope is that this experience provides a springboard for discussion regarding the security surrounding these games.”

FIBA said it will open disciplinary proceedings against the Philippines and Australia. – Rappler.com