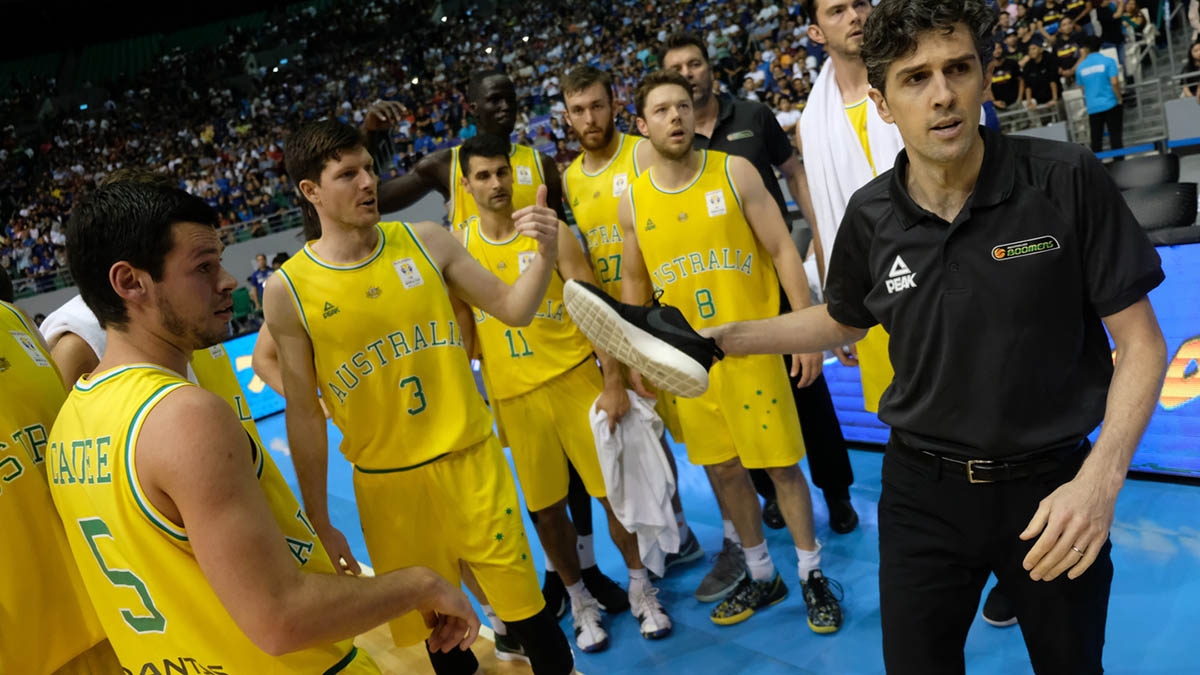 MANILA, Philippines – A “bruised and battered” Australian team feared for its safety and sought government help to escape the court after a mass brawl with the Philippine side at an international match in Manila, officials said Tuesday, July 3.

A total of 13 players were ejected after the melee, with television footage showing a fan punching one of the Australian players and another fan throwing a chair at a visiting player.

“We had our players and team management and our coaches in fear of their physical safety,” Basketball Australia chief executive Anthony Moore told a news conference.

“Are we going to be able to get out of here unscathed?”

Moore said the Aussies “accept our responsibility for our role in last night’s incident” and were waiting for the sport’s governing body’s findings and sanctions.

“What we don’t accept is the action whereby fans and officials actually get involved in the fray,” he said.

The fracas kicked off after a Philippine player appeared to catch an opponent with an elbow in the game at the Philippine Arena outside Manila.

Moore said the visitors kept their players and coaches courtside after the game and sought help from the Australian embassy to get the team safely out to their bus and their hotel.

“Physically our players are fine, they’re, you know, bruised and battered,” Moore said.

“Our athletes and coaches actually stayed on the court for a considerable amount of time, (it was) the safest place for our players and our coaches,” he said, adding the team are flying out of Manila later Tuesday.

After the incident FIBA tweeted it was opening disciplinary proceedings against both teams, adding “The decision(s) will be communicated in the coming days”.

Officials for the Philippine basketball federation did not immediately return telephone calls and email by AFP seeking comment.

Thon Maker, one two NBA players on the Australian side, tweeted Tuesday he was “deeply disappointed in the actions displayed” and was taking responsibility for his own actions.

“My hope is that this experience provides a springboard for discussion regarding the security surrounding these games,” said the South Sudan-born Milwaukee Bucks centre, who was ejected from the match.

The Filipino players were later roundly roasted in social media after several members were photographed taking a group selfie apparently after the fight.

“Class,” NBA veteran Andrew Bogut, who has played previously for the  Australian national team, wrote while re-tweeting a news account of the Filipino selfie.