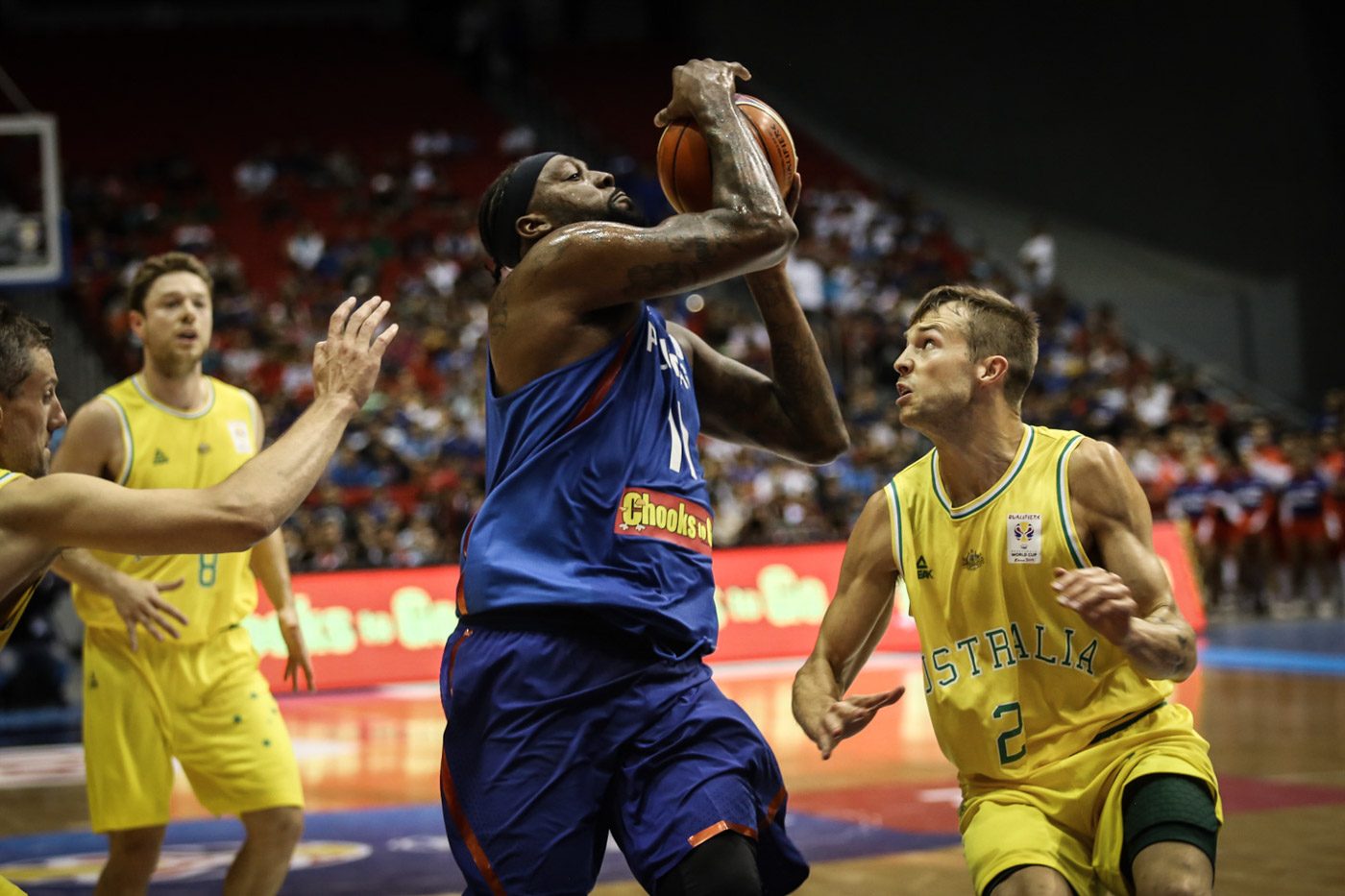 MANILA, Philippines – Samahang Basketbol ng Pilipinas (SBP) released its own statement apologizing for the bench-clearing brawl  that happened between Gilas Pilipinas and the Australia Boomers in the Philippine Arena Monday night, June 2.

“The Samahang Basketbol ng Pilipinas apologizes to Filipino basketball fans and to the basketball community for the incident that occurred during last night’s game,” wrote SBP president Al Panlilio.

“As the hosts, we regret having breached the bounds of traditional Filipino hospitality.”

The fracas erupted after Gilas’ RR Pogoy shoved Christopher Goulding to the ground. Pogoy was then decked by Australia’s Daniel Kickert. Players from both the team’s benches immediately ran to the court to aid their teammates. The mayhem resulted to the ejection of 9 Gilas Pilipinas players and 4 Boomers.

However, Gilas head coach Chot Reyes explained that the tensions began before the game as Kickert hit 4 Filipino players during the warmups.

“As the national team representing the flag and country, we likewise extend our apologies to the Filipino people,” added Panlilio.

“SBP stands by its conviction that violence has no place in sports.”

FIBA is already probing the incident and both teams will wait for the decision and sanction to be meted by the international governing body. – Rappler.com