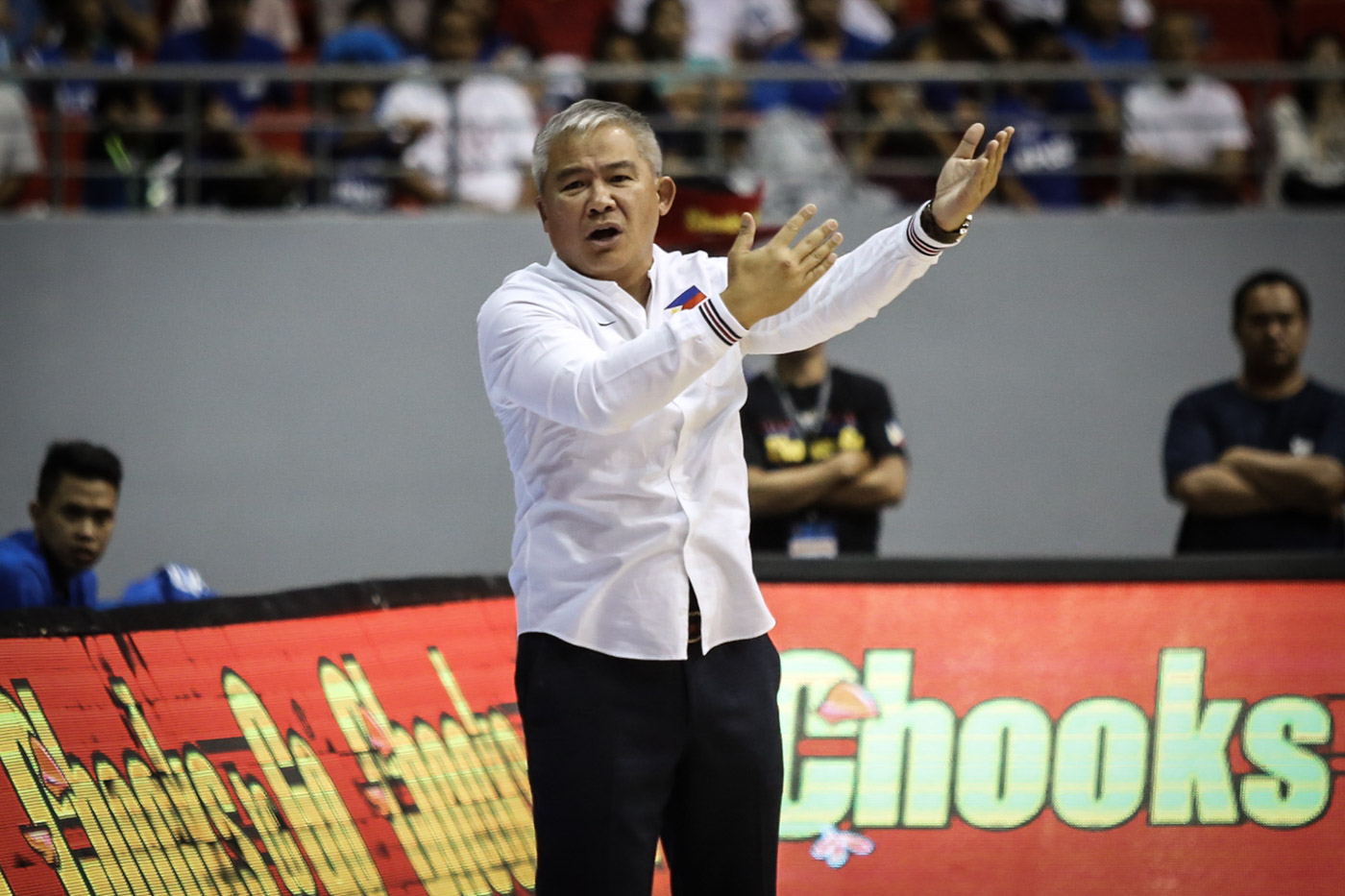 MANILA, Philippines – Gilas head coach Chot Reyes on Tuesday, July 3, explained the “hit somebody” comment he made during a timeout at the 2019 FIBA World Cup Asia Qualifiers, which had sparked criticism from netizens.

During a huddle with his team on Monday, July 2 – before the brawl that erupted between the Philippine and Australian teams – Reyes was caught on record as saying: “Hit somebody. Put someone on their ass.”

“Anyone who understands basketball, if you take offense with that statement, you don’t know basketball. That’s number one,” Reyes pointed out during an ESPN 5 Sports Center interview.

“But number two, take a look at the statement, they’re beating us on transition so foul early, don’t give a layup, foul early, hit somebody, put him down so that the referees will call a foul,” he added.

Reye said this was why he was not bothered by all the flak he had been getting over the remark, which is typical in basketball lingo.

“It’s basketball. For me I’m not even bothered by all the bashers and all the negative feedback I’m getting on that. Every coach that you ask will tell you that’s basketball,” he said.

Gilas Pilipinas trailed by 28 points with 4:53 minutes to go, prompting Reyes to call a timeout before the bench-clearing brawl  broke out.

Some netizens posted a cut video of the timeout that failed to fully cover what Reyes said to the nationals, which eventually caused the social media backlash.

However, the Gilas head coach did admit that he was frustrated that the nationals cannot match the intensity of the Boomers which led to a blown out score of 37-52 at halftime.

“At halftime, I told the players the only thing I am disappointed about is that they are beating you on the loose balls. They are coming out with more effort and with more intensity,” said Reyes.

When the brawl broke out, Reyes justified that he was not able to restrain the taller players with his size. He also went out to defend Marc Pingris, who took the “controversial” selfie after the scuffle stopped.

“If you know Ping (Marc Pingris), that’s his personality, he always likes to interject a lot of humor and kengkoy (funny man) and stuff. It always happens even in tense situations during our practice or in games,” explained Reyes.

“Ping is always, you know, the most intense guy but he’s also the most fun-loving one,” he added – with reports from Delfin Dioquino/Rappler.com