Jul 3, 2018 11:48 PM PHT
Rappler.com
Facebook Twitter Copy URL
Copied
The rest of the Gilas Pilipinas players agree that it's time to move on and learn from the fight-marred match 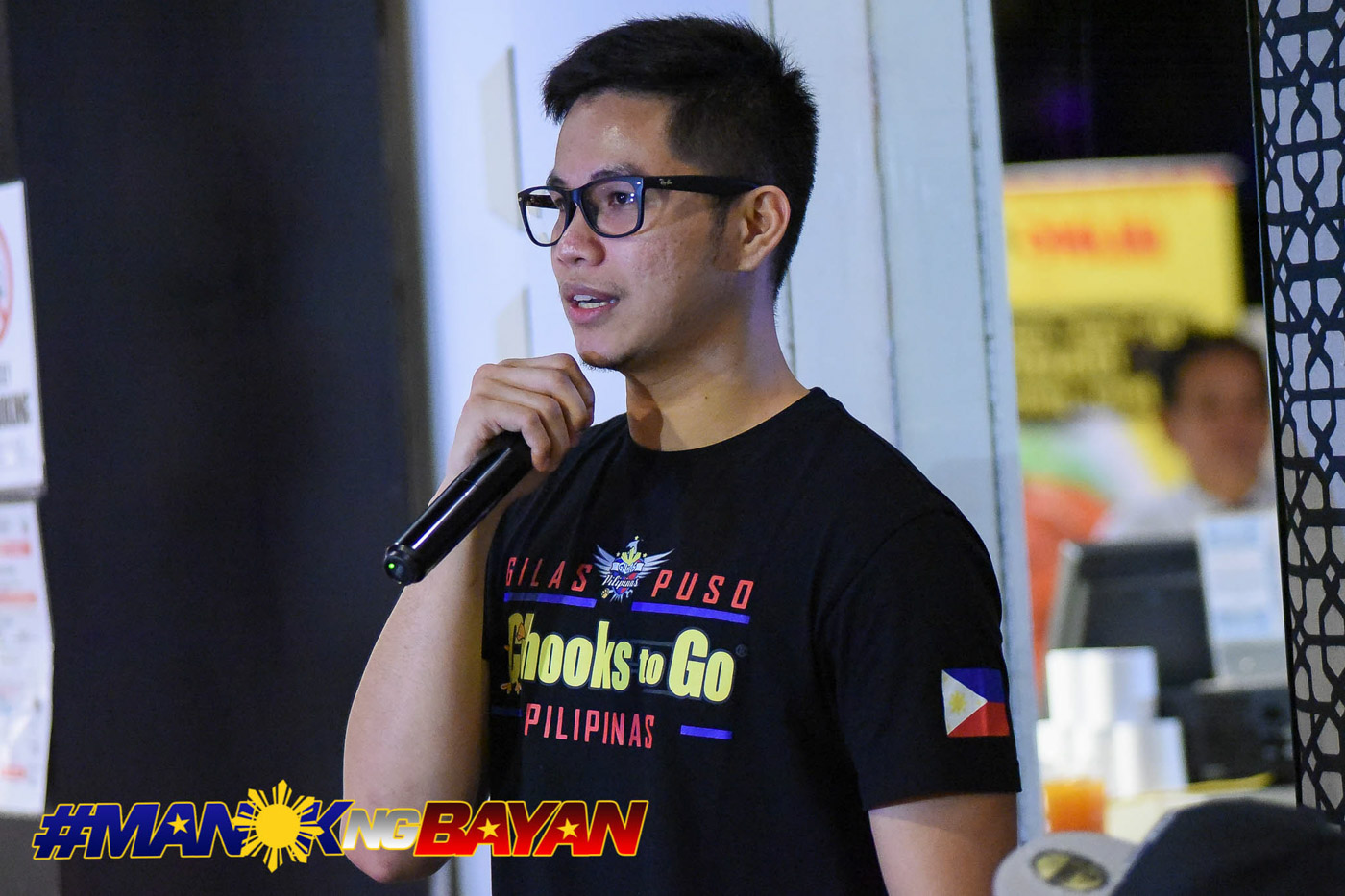 MANILA, Philippines – A remorseful Philippine squad showed up for dinner.

After Japeth Aguilar, Andray Blatche and Jayson Castro posted their personal statements on social media, the rest of the Gilas players also apologized for figuring in a bench-clearing brawl with Australia during a sponsor-hosted gathering on Tuesday night, July 3 a the Crowne Plaze Hotel in Ortigas.

Roger Pogoy, who was in the middle of it all when the fistfight broke out, admitted that he shoved himself towards Christopher Goulding but had not intention of turning the 2019 FIBA World Cup Asian Qualifying game into a “UFC” mixed martial arts bout.

The former Far Eastern University standout was also decked by Daniel Kickert after the Goulding incident, which sparked the full-blown scuffle.

(We’re humans that’s why we got fed up. I also bumped him. But it’s part of the play, it wasn’t like in UFC. We’re also asking for forgiveness and we hope to learn from this situation so that it won’t happen again.) 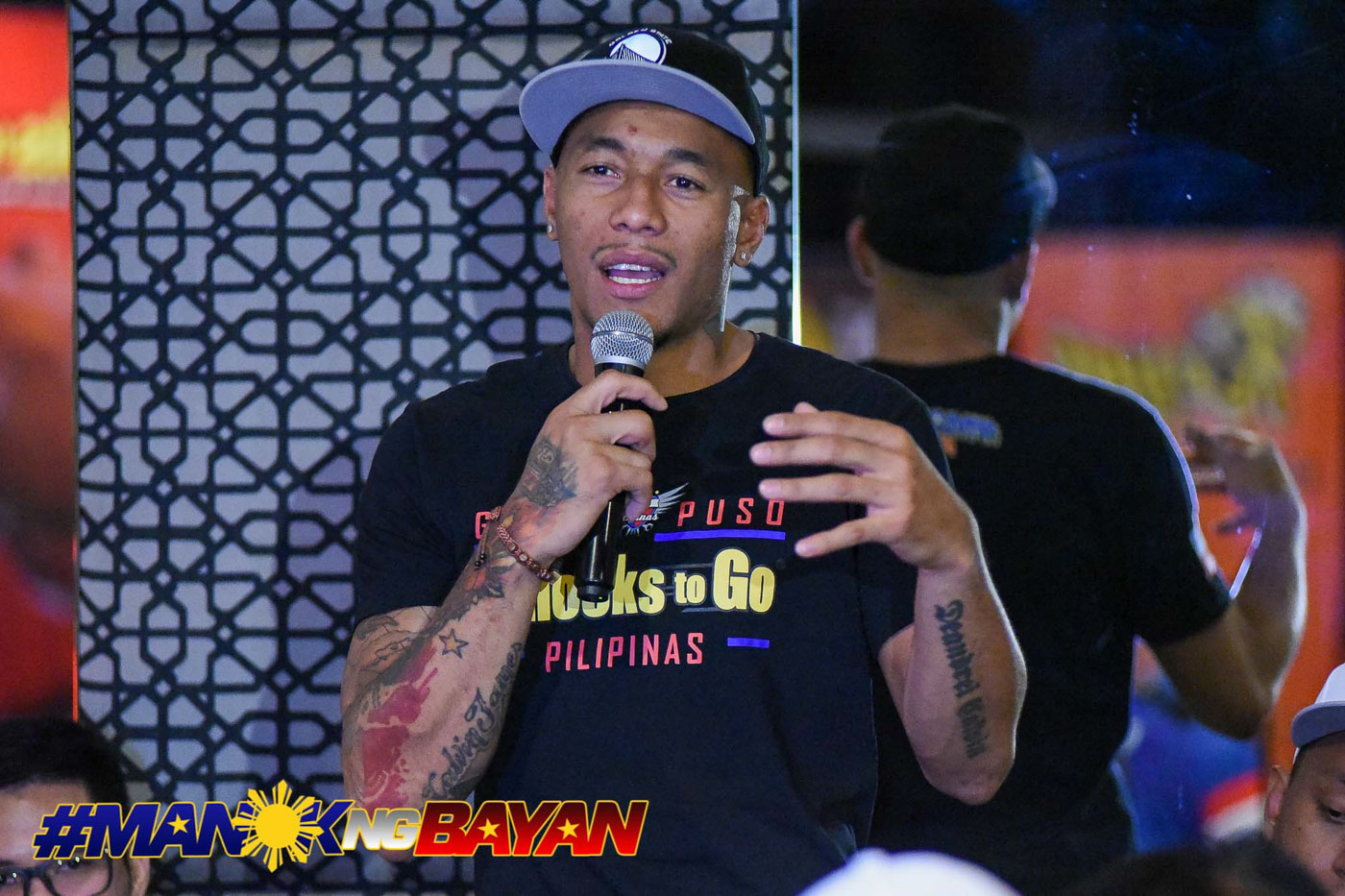 Calvin Abueva, one of the most physical players in Philippine basketball, opened up that the players felt they were “bullied” during the warmups.

(We’re apologizing for what happened yesterday. While we were warming up, we were suddenly bullied – all of us. It’s not fair to us that’s why at that moment, we thought that we shouldn’t let Australia get its way.)

After posting his rant on Twitter, Terrence Romeo said the team should just learn from the incident and move on.

(It’s really like that among us players. Like if you helped, people would still ask why did you help. If you didn’t, they would say something too. We should just learn from what happened and move on and love each other.)

Four-time PBA MVP June Mar Fajardo was one of the 3 players left on the court after the referees ejected 9 Gilas players and 4 Aussie players for figuring in the altercation. Despite staying away from the brawl, he still extended his apologies.

(Sorry for what happened, we didn’t expect this to happen. You saw what I did there. My parents taught me to avoid fights as much as possible because you just might regret it.)

(It’s a wasted opportunity to improve. We prepared for this and the unexpected happened.)

Baser Amer, whose debut in the elite team did not go as planned, was the last man standing after Fajardo and Gabe Norwood fouled out of the game.

(We just want to say sorry to the Gilas fans. Like what coach Chot said, we have to move on from whatever happened last night. To the kids who idolize us, sorry for what happened.)

Both Jio Jalalon and Allein Maliksi did not suit up for Gilas Pilipinas, but still figured in the brawl “to help their brother” Pogoy.

(I’m sorry for what happened last night. Even though I wasn’t wearing the jersey, I’m still part of this family. Of course we’re just helping each other. Let’s just move on. Sorry to the Gilas fans.)

(We’re asking for forgiveness from the Gilas fans, also to the Australian fans, the team and to FIBA. Whatever happened last night, we don’t want to reason out anymore.)

However, Maliksi continued to explain what the brotherhood was about.

(I guess whoever was there, it would still happen. What if that happened to your family? That was a 7-footer, and what’s Pogoy’s height? We really treat each other as family in Gilas, we think of each other as brothers, that’s why we help each other.) – Rappler.com