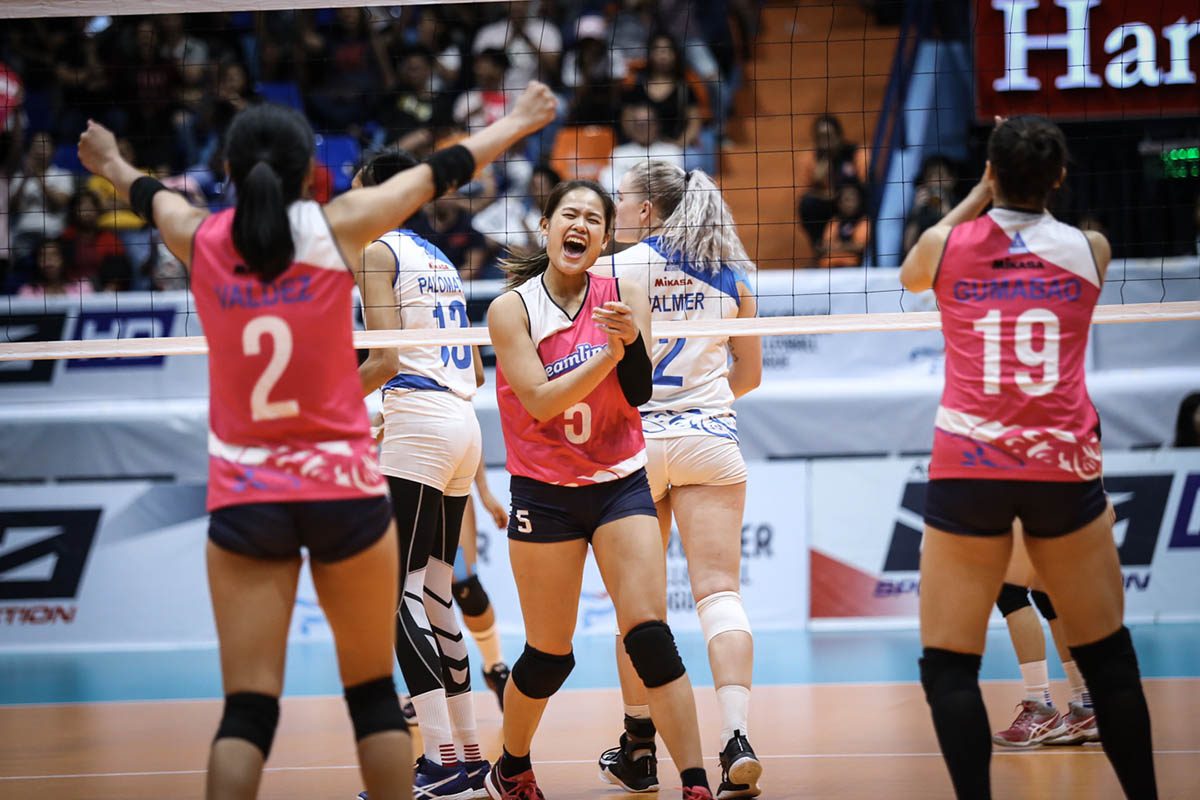 Gumabao topscored for the ladies in pink with 18 points off 14 attacks, 2 blocks and 2 aces, while team captain Valdez tallied 15 points built on 12 attacks and 3 aces.

The do-or-die duel between Creamline and Pocari is set on Friday, July 6. BanKo Perlas and PayMaya will also clash in a deciding Game 3 in the other semifinal pairing.

Valdez said the team discussed the things they need to work on after the top seeds absorbed a Game 1 upset loss.

(We really talked after the game last Sunday… our shortcomings on the technicalities as a team. And we hope that we’ve resolved that and showed it in today’s game.)

American Import Maddy Palmer, who scored all but one of her 17 points on attacks, paced Pocari while team captain Myla Pablo chalked up 15 points. – Carla Molina, Tonichi Regalado/Rappler.com