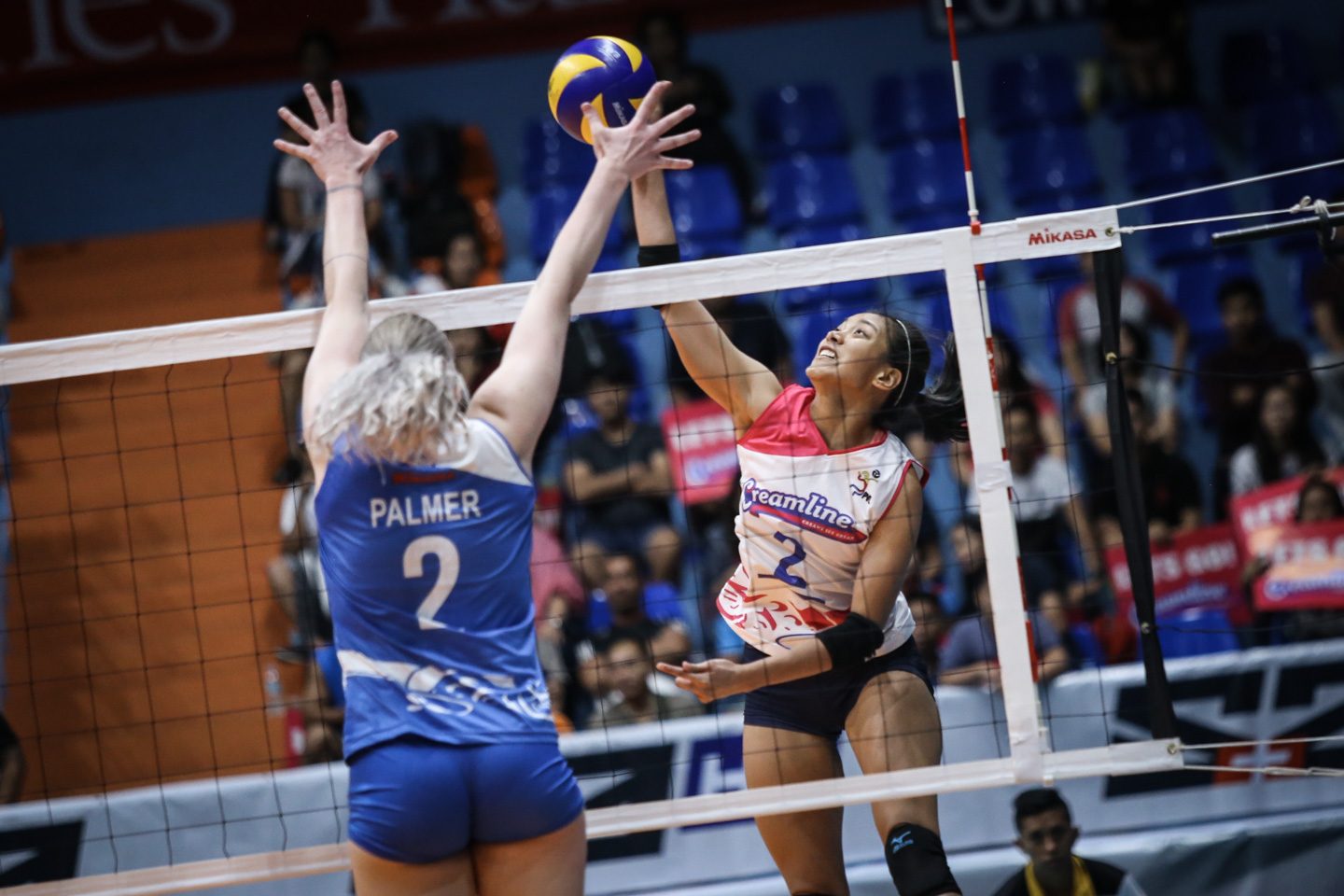 Team captain Alyssa Valdez took charge with 15 points and Thai import Kuttika Kaewpin also delivered the same output, the last on an off-the-block hit that sealed the win for the Cool Smashers.

“I think, of all the games, [ito] siguro ‘yung pressure iba talaga,” said Valdez after the Cool Smashers advanced to the title round for the first time against a Pocari side that lost team captain Myla Pablo to injury.

“Kasi after ilang conferences, gustong-gusto talaga namin makapasok sa finals and after this game, siguro, mas male-less yung pressure kasi the goal is to really go into the championship. But syempre the goal is to win din.”

(I think, of all the games, we felt the most pressure in this one.After several conferences, we really wanted to reach the finals and after this game, maybe the pressure will be less because the goal is to really go into the championship. But of course, winning is also the goal.)

Hard luck hit the Lady Warriors even before the do-or-die semifinal game started as Pablo sustained a lower back injury during the warm-ups.

(Hands down to the Lady Warriors for still fighting as a complete team in today’s game despite the unfortunate scenario.)

After the top seed’s convincing win, Valdez said she had been motivated to attend the team trainings.

(Actually, this is the first time for me to feel the fire and desire again to keep on going back to training after a very long time. Win or lose, the fire is there because you’re fighting for something, and you really want your team in the finals.)

As early as in the first set, the Cool Smashers showed that they are in full control of the Lady Warriors. They gained early momentum after a 7-0 run powered by Sato and Kaewpin that put them up at 15-6.

The Cool Smashers closed the set with a 10-point gap, 25-15, that set the tone for the rest of the match.

Arielle Love led the Lady Warriors, scoring all but one of her 11 points on attacks. Maddy Palmer also contributed 9 points. – Carla Molina/Rappler.com