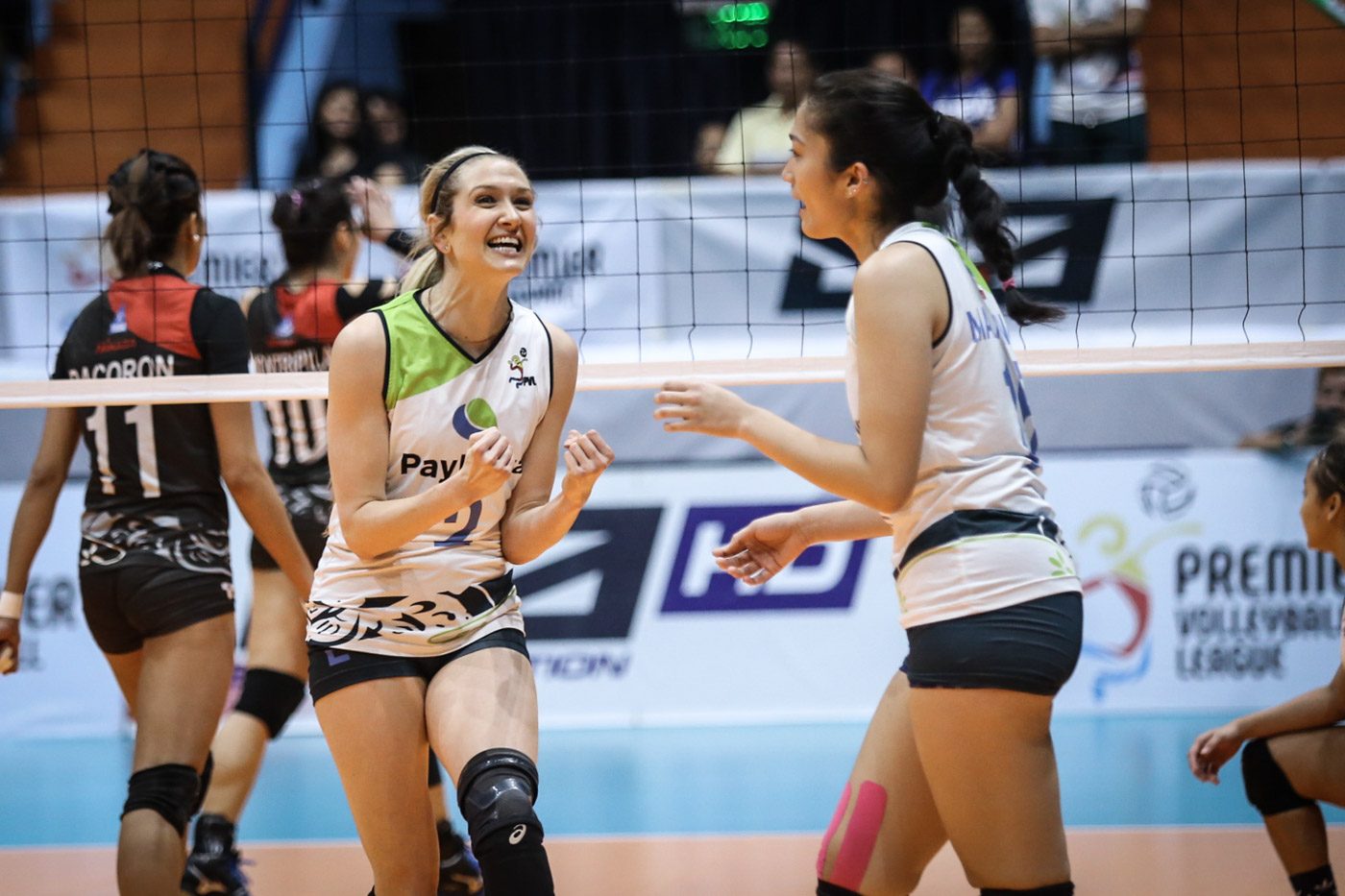 After losing the first two sets and falling down again in the 4th frame, 21-23, the High Flyers bravely made a 4-0 run capped by a Rountree attack that extended the game to a decider.

(I’ve been telling them that they should always keep their confidence high and do not lose hope.)

The High Flyers will battle the Cool Smashers in a best-of-three finals starting on Sunday, July 8 at the Mall of Asia Arena.

(Creamline is really strong because it’s a star-studded team. They have everything you’re looking for. We will just work hard and play our usual game.)

The Perlas Spikers pulled away after taking the first two sets but faltered in the 3rd frame with a spate of errors.

Kia Bright topscored for the Perlas Spikers by tallying 41 points, all but one coming from attacks. Thai Jutarat Montripila scored 18 points off 16 attacks.

But  it’s not yet the end for the Perlas Spikers as they hope to salvage their campaign in the battle for 3rd place against the Pocari Sweat-Air Force Lady Warriors. – Rappler.com