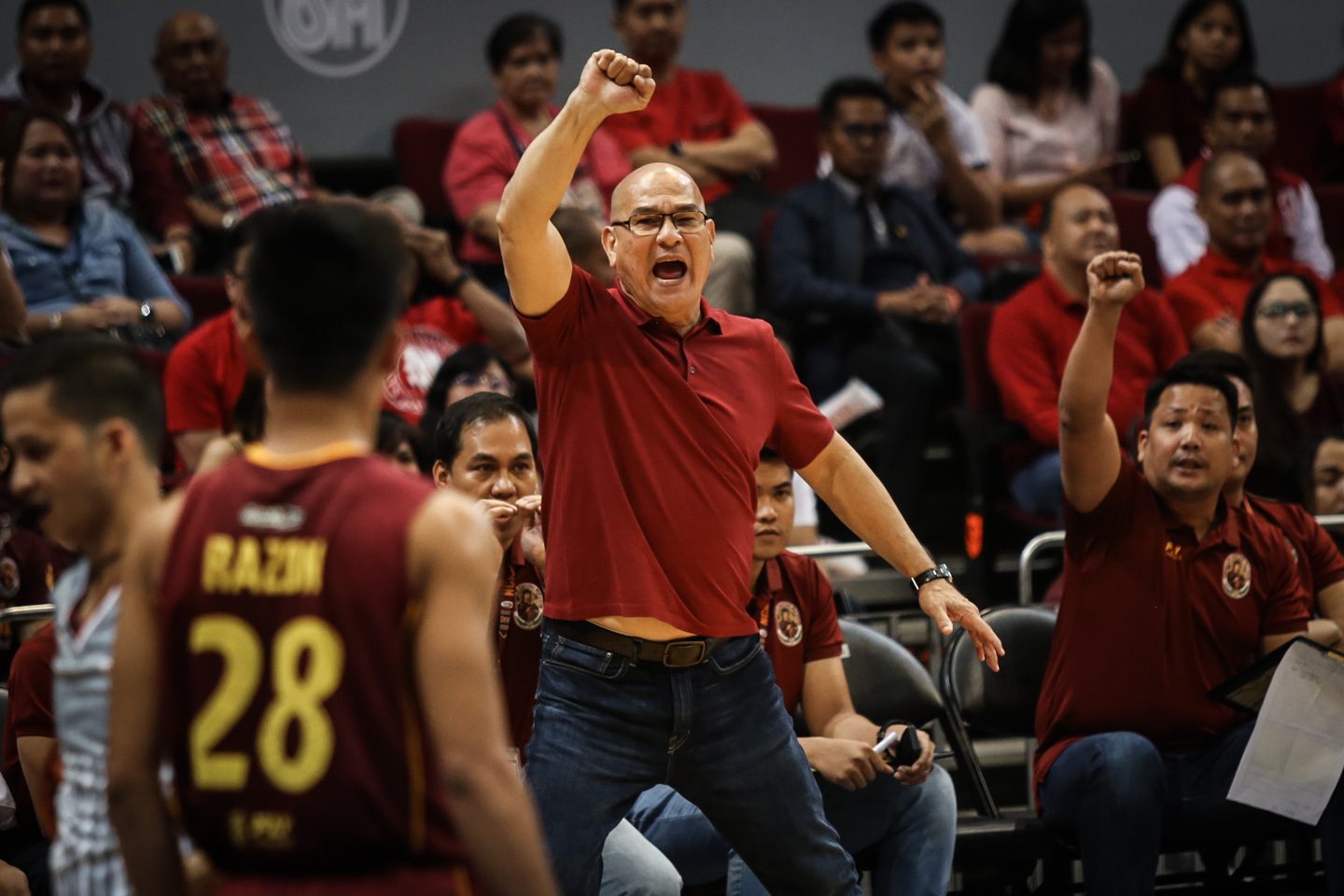 MANILA, Philippines – For the first time in 7 years, 4-time San Beda champion coach Frankie Lim is back on the NCAA sidelines.

But this time, the former Red Lion coach saw action on the opposing side, debuting as head honcho of the Perpetual Help Altas.

And Lim’s boys did not disappoint, going toe-to-toe with the back-to-back champions and only losing by two, 65-67, after Robert Bolick intercepted a pass from the also debuting Edgar Charcos in the waning seconds of the contest.

It was only one game, but it was a far cry from the Altas’ dismal showing last season, where they finished 4-14 and well out of the playoff hunt. And Lim knows it.

“It could’ve been better if we won the game,” he admitted to reporters post-game. “We were there. We had full control of the game.”

“Ganun talaga,” he added. “But you know, I’m happy with the performance of my players. Sabi ko nga sa kanila, you can go out of this place with your heads held up high. Nothing to be ashamed of.”

(That’s how it is. But you know, I’m happy with the performance of my players. I told them, you can go out of this place with your heads held up high. Nothing to be ashamed of.)

“[Charcos] had 7 assists the whole game,” he said of his team’s best player of the game. “San Beda had 5 as a team. Maganda laro niya, and I think he’ll get better kaya lang siguro, nagkamali lang yung bata eh. Pasensya muna.”

(He had a good game and I think he’ll get better, but the kid just made a mistake. Patience, for now.)

Of course, the fiery competitor added some parting words for his old San Beda team.

“They have to admit, kinabahan sila,” he said with a smile.

(They have to admit, they got nervous.)

The 58-year-old Lim was responsible for 4 titles from 2007 to 201. He had short coaching stints in the PBA, most notably with the Barangay Ginebra San Miguel in 2015 before returning to the NCAA with the Altas. – Rappler.com