Selected collegiate stars also got a once-in-a-lifetime chance to play with the 4-time scoring champion in a friendly 30-minute exhibition as they were divided into Team UAAP All-Stars and Durant’s Team Nike Hypercourt.

Too easy for KD. He struts back beyond the arc for the long bomb! @RapplerSports pic.twitter.com/OuhbSJGgJ1

But Ateneo Blue Eagles star and Gilas cadet Matt Nieto was looking for more than memories as  souvenir.

Because “KD” played in street clothes with a cap on, that cap was bound to fall sooner or later. And when it did, the eagle-eyed point guard had the court awareness to snatch it up for himself. 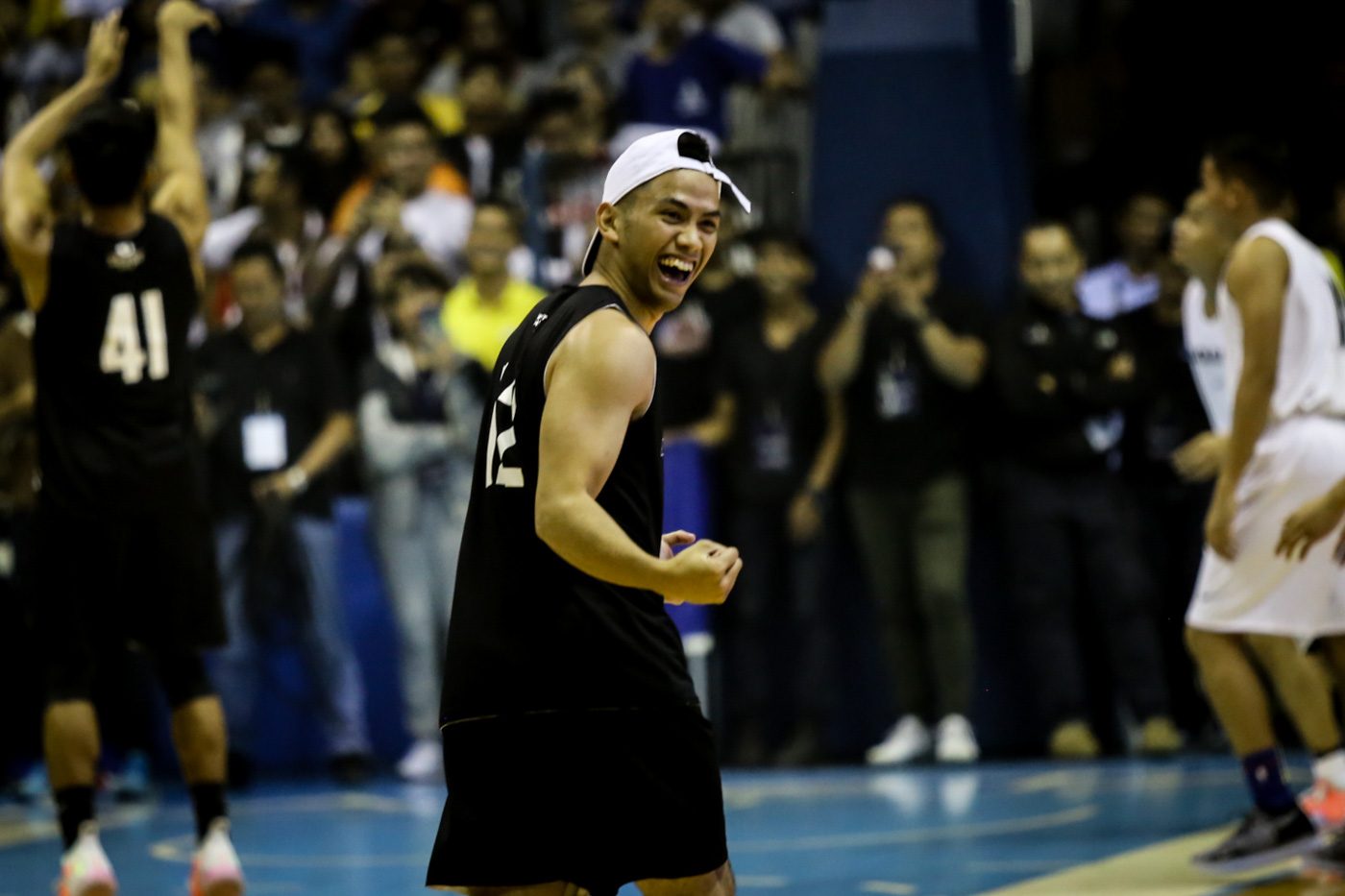 The game went on and Nieto’s All-Star squad won, 85-82, when Durant airballed a half-court hail to beat the buzzer.

After KD left, reporters approached Nieto for his side of the story, and he shared that he was really gunning to get the cap.

(At the start of the event, I said, ‘I hope I get that cap,’ because he was wearing it while playing. Perfect timing, the cap fell. My first instinct was to really get it and run away.)

But of course, it was all in good fun, and the Ateneo floor general asked if Durant wanted it back.

(I got a bit embarrassed because he might have wanted the cap back. When I approached him, I said, ‘Do you want to have it back?’ Then he said, ‘No, no, keep it.’ That’s when I got really happy because it’s not often you get a cap like this.)

Nieto showed last UAAP season where he won a championship with Ateneo that he was not shy of risking it all for the big moments. He took the risk again tonight, and again, it paid off. – Rappler.com