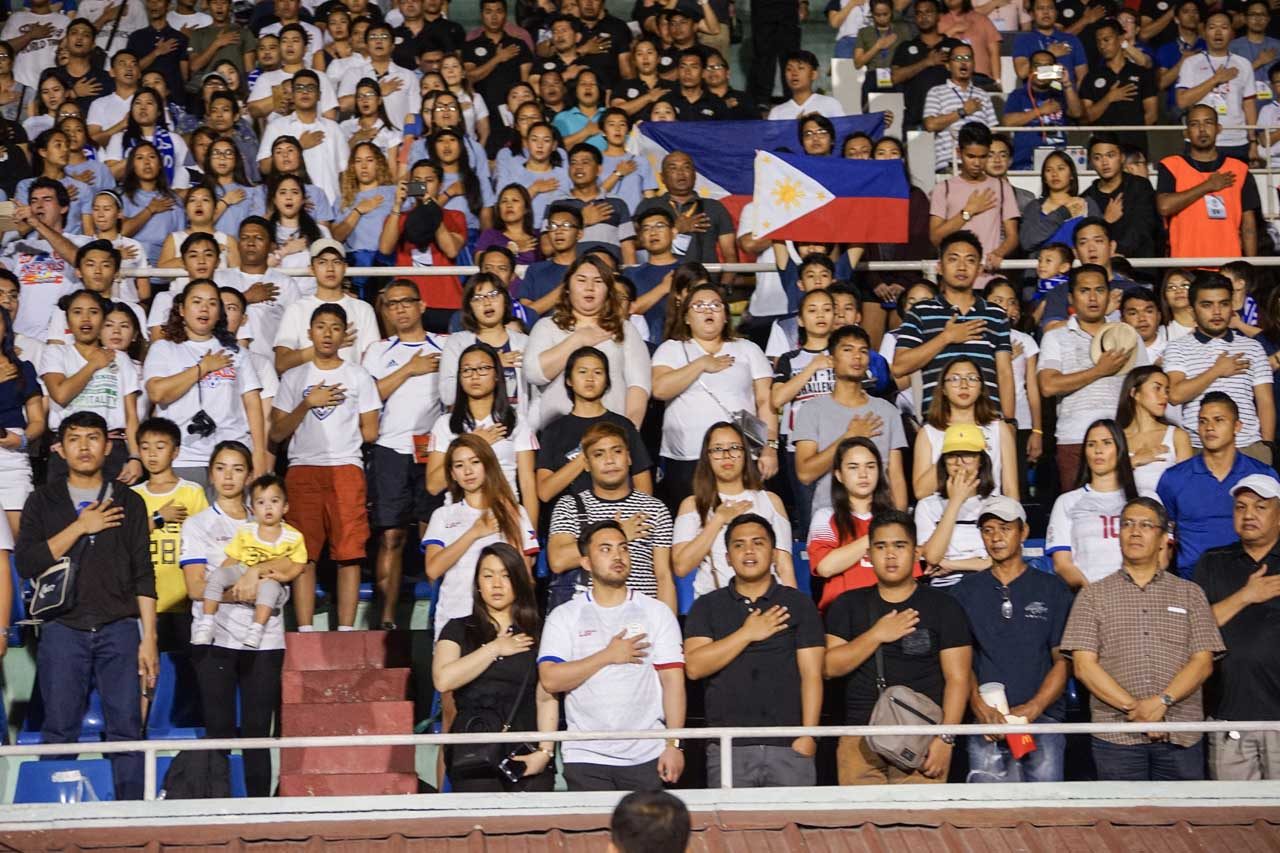 For decades, the nation of more than 100 million was on a very short list of global locations that had failed to fall for the beautiful game.

That is beginning to change as football’s narrow, but passionate, Filipino following grows fuelled by success of the national team whose new coach is former England great Terry Butcher – a World Cup semifinalist with the Three Lions in 1990.

“Definitely, we do have… World Cup fever,” television sportscaster Bob Guerrero told AFP outside a Manila bar where he was watching France knock Argentina out of the global tournament.

“We’re hoping that it’s going to be a snowball effect and football will really start to grow here in the Philippines,” said Guerrero, who works for top TV network ABS-CBN who are airing World Cup matches live.

Grow it may, but at the moment there are only an estimated 1.5 million football-playing Filipinos compared to figures claiming that some 40 million regularly flock to the basketball courts that populate every barangay (borough) across the archipelago.

It’s a love affair that goes back to the 1900s when basketball was introduced to the archipelago by the Americans. Rather than reject the pastime of their colonial masters, Filipinos made it their own.

It became part of the curriculum in schools and since then Philippine squads have played respectably on an international level. Basketball’s governing body FIBA has them ranked 30th out of 159 nations, just behind China.

But, until recently Philippine love and prowess in hoops was missing from their football team, a gap evident even in the nicknames of the respective squads.

The Philippines basketball team are dubbed the “Gilas”,  the local word for elegance, while the football team are called the “Azkals” which is  a slang term for stray dogs.

“When I arrived, the football community was very small,” said Azkals captain Phil Younghusband, who made his debut in 2009.

“You can probably count in the hundreds the people who were aware of football and playing football.”

The former youth player with English Premier League club Chelsea is one of a wave of photogenic foreign-based players of part-Filipino parentage recruited by the Azkals.

In a few short years they have vaulted the team to qualification for the Asian Cup for the first time, and in May they hit their highest ever FIFA ranking of 111th in the world.

That success comes on the heels of the launching the country’s first pro-league – Philippines Football League – last year, adding to the momentum.

Experts say the Azkals’ steady rise, which has given fans hope of international success, has been key to the game’s growth spurt of popularity in recent years.

“Our physique, our skill, moves and agility are really very good for football. That’s why we have a chance there,” he added.

The Azkals have never qualified for the World Cup, but Butcher last month made that his goal for the side after they make their Asian Cup debut in the UAE in January.

“There is a hype now,” said Francis Castilla from sport marketing firm MMC Sportz . “Everybody wants to jump in on the (Azkals’) achievement.

“It’s the bandwagon. The problem will be how to sustain it.”

Other similarly less football-minded nations have seen their love for the game grow via increased television coverage, which marketers say stimulates attendance at stadiums.

It was key in bringing cricket-mad India into the football fold, yet air time is still scarce for the game in the Philippines. Basketball and boxing dominate.

The next steps for Philippine football will be strongly influenced by the nation’s youth – and there are more and more enthralled by the beautiful game.

Kevin Raymond Sales, 15, has been in love with football for years and has been trying to stay up to watch late-night World Cup matches.

He’s hooked on the dramatic personal stories of players who rose from poverty or teams from tiny nations taking out powerhouses 10 times their size.

“It’s something inspirational and it’s inspired me personally to carry on with football, to play the sport with all my heart,” he said. – Rappler.com