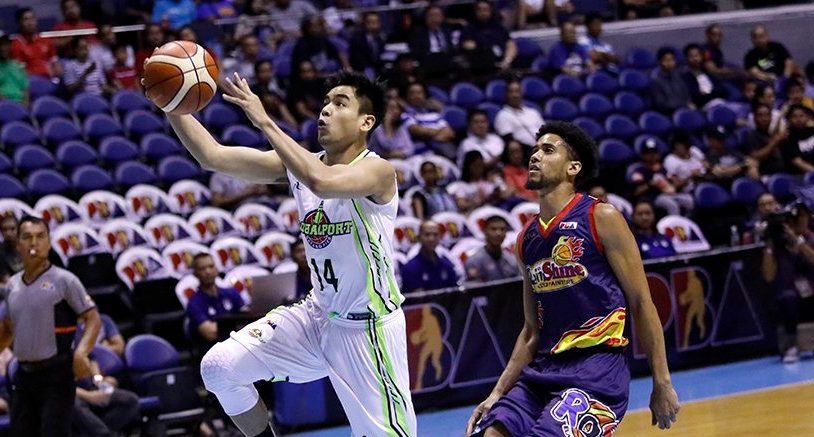 Facebook Twitter Copy URL
Copied
The 3-year guard sinks a game-winner that puts the Batang Pier on the brink of becoming just the 4th No. 8 team in PBA's history to advance to the semifinals

Grey capped off a 22-point night with a game-winning triple that lifted the Batang Pier to a 114-113 come-from-behind win over the twice-to-beat Elasto Painters – forging a rubber match that many pundits did not see coming.

(He told me at the start of the game, ‘Jo, show me something else. Give this game to me.’ If your coach talks to you like that, that is different.)

The Batang Pier trailed by as much as 16 points in the 3rd quarter before the 3-year guard, who scored just 3 points in the first two frames, went on a scoring onslaught in the second half.

Grey chipped in 7 of his output in the 3rd period as GlobalPort trimmed its deficit to 9 points, 83-91, before turning it up a notch in the final quarter by scoring 12 points, highlighted by a booming triple with 11.5 seconds left off a Malcolm White pass.

(I had a lot of open shots, 3 points and free throws and I missed many of them. Stanley, coach Pido and coach Rensy helped me and told me to just shoot my shot and not think about it when I miss.)

Grey will once again be pivotal as the Batang Pier seek to become just the 4th No. 8 team to topple a No. 1 squad in the quarterfinals when they meet the Elasto Painters in a do-or-die bout on Thursday, July 12, at the Mall of Asia Arena. – Rappler.com