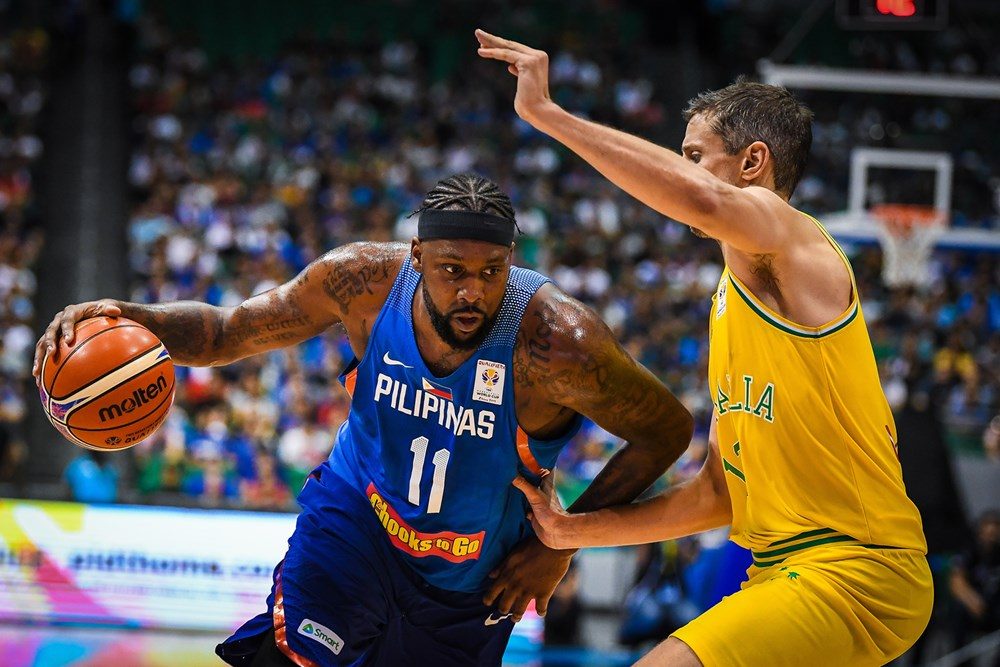 MANILA, Philippines – A total of the 13 players and two coaches were suspended from international play for their involvement in the full-blown brawl that erupted between the Philippines and Australia in the World Cup qualifier last July 2.

The Samahang Basketbol ng Pilipinas and Basketball Australia were given until July 14 to submit their official reports of the story and FIBA, the world governing body for basketball, handed down its decision on Thursday, July 19.

Below is the full text of the FIBA decision: (READ: 10 Gilas players suspended, SBP fined for FIBA brawl)

“The FIBA Disciplinary Panel on Thursday announced its decision to suspend 13 players and 2 coaches as well as to impose fines and other sanctions on the national federations of Philippines and Australia. FIBA has also suspended the officiating crew of the game.

“On Monday, July 2, during the FIBA Basketball World Cup 2019 Asian Qualifiers game between Philippines and Australia at the Philippine Arena in Bulacan, a fight broke out midway through the third quarter and soon turned into a wider and more violent brawl.

“Thirteen players were disqualified and the game was resumed but eventually had to be stopped once Philippines were left with one player.

“FIBA launched a disciplinary proceeding right after the game and referred the matter to its Disciplinary Panel, which has now issued two decisions.

“Philippines’ national federation, Samahang Basketbol ng Pilipinas, Inc (SBP), is sanctioned for the unsportsmanlike behavior of its delegation members and of its public, as well as for insufficient organization of the game. Philippines will play the next home game behind closed doors while a ban for two more home games has been placed under a probationary period of 3 years. SBP shall also pay a disciplinary fine of CHF 250,000 (approx. P13.37 million).

“Basketball Australia shall pay a disciplinary fine of CHF 100,000 (approx. P5.34 million) for the unsportsmanlike behavior of its players and for abusing and/or tampering of equipment, after having removed floor stickers from the court on the eve of the game.

“Money from the fines will be used to support the “Basketball for Good” social program launched by the International Basketball Foundation (IBF).

“Furthermore, following a thorough evaluation by a group of experts of the officiating during the game, the FIBA Secretary General has decided that the referees of the game shall be removed with immediate effect from the FIBA Elite Program and shall not be nominated to any international competitions organized or recognized by FIBA (including at Zone and Sub-zone level) for a period of one year.

“FIBA wishes to emphasize that it condemns any form of violence, both on and off the court. Respect, sportsmanship and professionalism are expected from players, coaches, officials and all other stakeholders at every game. Moreover, host countries must ensure the highest standards of organizational conditions are in place to guarantee the safety and well-being of players and other participants at all times.” – Rappler.com