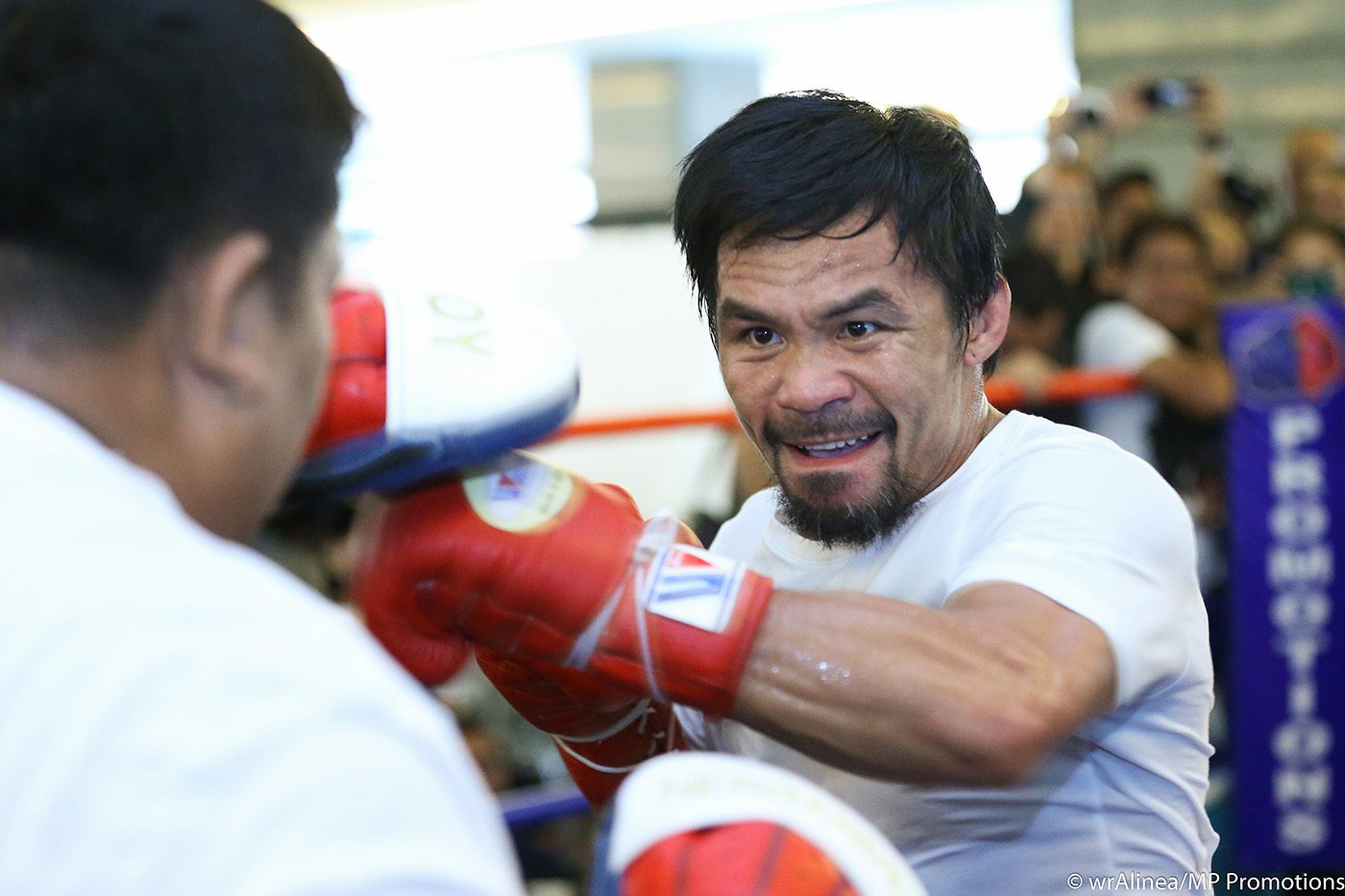 KUALA LUMPUR, Malaysia – Filipino athletes have always looked up to Manny Pacquiao for inspiration. But if they really want to succeed like the boxing great, they should also emulate his work ethic.

If they could train as hard and dedicated as him, stay focused on the task at hand, and exceed their level of competence in the field, there’s no doubt that they can perform better in major international competitions like the coming Asian Games in Indonesia.

Pacquiao provided them with the blueprint to athletic excellence in his systematic demolition of Argentine Lucas Matthysse for the World Boxing Association welterweight crown on Sunday, July 15, at Axiata Arena here.

Proving his age, 39, is no hindrance, Pacquiao knocked down Matthysee in the third and fifth rounds before finishing him off in the seventh to end a nine-year knockout drought. Rep. Mikee Romero (1Pacman Partylist) was at ringside that time and marveled with the way Pacquiao rebounded from a controversial loss to Australian Jeff Horn in Brisbane, Australia, last year to claim his 12th world title.

“Our athletes in the coming Asian Games in Indonesia should know the true meaning of focus, sacrifice and discipline because these were ingredients used by Sen. Pacquiao to make a big comeback,” said Romero, who was with AirAsia big boss Tony Fernandes during the fight shown in the United States by ESPN+ via live streaming and beamed to over 200 countries.

“Our Asian Games-bound athletes still have one month to prepare like Sen. Pacquiao did. They should be inspired and motivated to fight like him,” said Romero. “Despite his hectic sked as a public servant, Sen. Pacquiao was fully focused on the task at hand.”

Romero, former head of the national shooting association and vice chairman of the House Committee on Sports, said training and discipline should come together.

“If you don’t have the discipline like what Sen. Pacquiao showed during his training, one is bound to fail,” said Romero, the richest solon for the third straight straight year with a net worth of P7.291 billion.

“He and his team did lots of sacrifices for this fight,” added Romero, who also supported national basketball teams in the past.

In the Asiad set August 18 to Sept. 2, Romero is hoping to see the Nationals compete like the way Pacquiao did – with passion, dedication and devotion. – Rappler.com