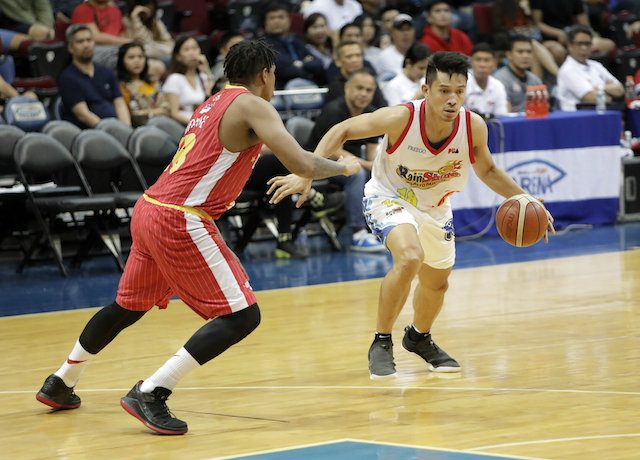 MANILA, Philippines – In a surprising turn of events, the Samahang Basketbol ng Pilipinas (SBP) decided late Thursday, July 26, to pull out Gilas Pilipinas in the men’s basketball competition of the 2018 Asian Games

The SBP said it “would not be optimal” to participate in the continental tournament, citing the need to “regroup” as the organization prepares to appeal to FIBA the suspensions meted out to Gilas players and coaches who figured in the infamous brawl between the Philippines and Australia last July 2.

SBP Statement on Philippine Participation in the 2018 Asian Games pic.twitter.com/bYJkGEi74R

In a statement, SBP cited the need to focus on “the process of appealing the FIBA Disciplinary Panel’s recent decision, and aim for sustainable success in future tournaments” as reasons for withdrawing from the continental games.

“However, to allow our National Team and our organization to regroup, prepare for the process of appealing the FIBA Disciplinary Panel’s recent Decision, and aim for sustainable success in future tournaments—including the upcoming FIBA World Cup Qualifiers and the 2023 FIBA Basketball World Cup—we have reached the conclusion that, with the forgoing considered and after consulting with the basketball community, the time and chance to participate in the 2018 Asian Games would not be optimal,” the statement said.

The FIBA suspensions of 10 Gilas players from the ugly brawl that broke out between the Philippines and Australia had stirred the SBP to come up with a retooled lineup that would have been composed of Rain or Shine players.

The national basketball federation had also tapped NLEX head coach Yeng Guiao to lead the national team again for the first time since 2009, and even Filipino-American NBA player Jordan Clarkson of the Cleveland Cavalier had been eyed to reinforce the squad.

SBP thanked Rain or Shine team owners Raymond Yu and Terry Que, current head coach Caloy Garcia, as well as Guiao for their willingness to contribute to the national team.

“We thank Rain or Shine, especially its owners Terry Que and Raymond Yu, as well as NLEX Coach Yeng Guiao and Rain or Shine Coach Caloy Garcia, for expressing their willingness to represent our nation in the upcoming Asian Games.” – Rappler.com