Thompson was the surprise topscorer for the Gin Kings in their 87-83 Game 5 win over the San Miguel Beermen on Sunday, August 5, that gave them a 3-2 lead in the best-of-7 Commissioner’s Cup finals. 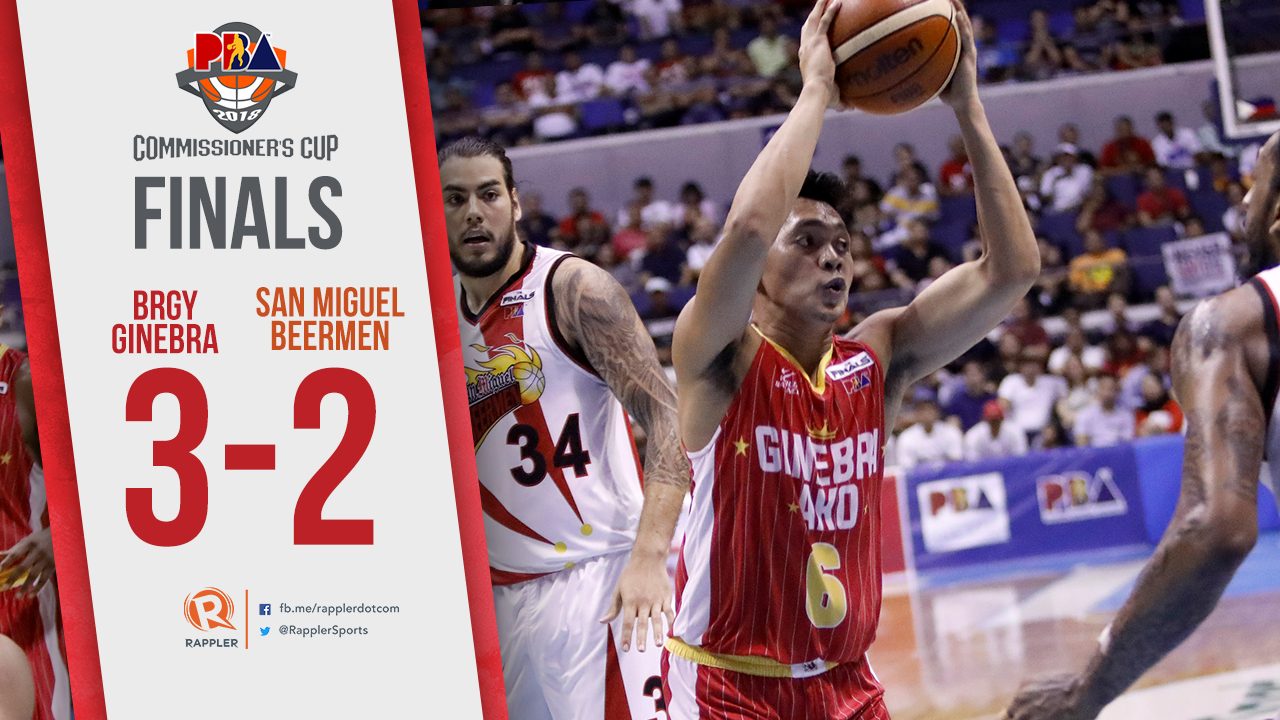 Usually a guy who fills up the other statistical departments, the 3-year guard fired a team-high 20 points – including 6 in Ginebra’s 9-0 game-clinching run – to go with 11 rebounds and 3 assists.

It was a rare occurence for Thompson to score more than Justin Brownlee, the Gin Kings’ high-scoring import who can easily drop 20 by halftime alone, but Cone sees him shaping up to be the total package.

“[I] just think Scottie is going to become a more and more complete player in terms of he’s going to be a 20-point scorer at some point in his career,” Cone told reporters after the win.

“(Russell) Westbrook – he reminds me of Westbrook. I think he’s going to end up playing like that, eventually.”

Often challenged by the defense to take the outside shot, Thompson was spot on from deep as he sank 3 of his 5 3-point attempts. He accounted for 75% of Ginebra’s made triples and matched San Miguel’s total made treys.

He made 7 of his 12 shot attempts for an impressive 58.3% clip – which was only second to Japeth Aguilar’s 66.7% shooting – and finished with the highest plus-minus of +16 in more than 38 minutes of action.

For Cone, it’s just a matter of time before Ginebra becomes Thompson’s squad.

“Sooner or later, he’s going to become the veteran and then everybody will look up to him. Right now, he’s still looking up to his veterans and playing smart and winning basketball,” Cone added.

Another scoring outburst from Thompson would be a welcome edition for the Gin Kings as they try to close out the Beermen in Game 6 on Wednesday, August 8, at the Mall of Asia Arena. – Rappler.com