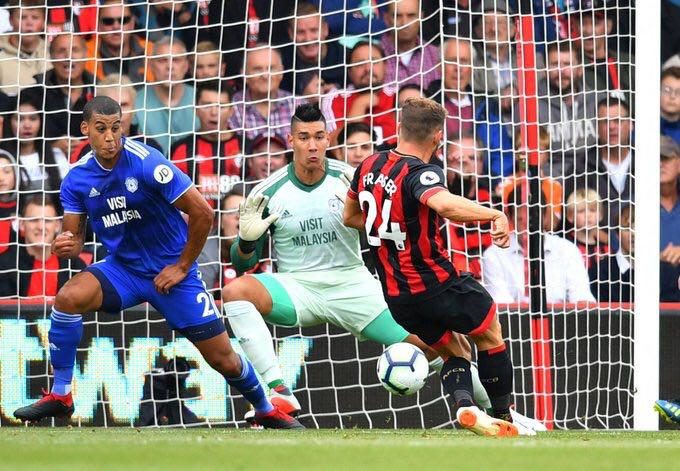 MANILA, Philippines – Neil Etheridge makes history over and over again.

As the Azkals goalkeeper officially becomes the first Southeast Asian to play in the English Premier League (EPL), he also makes the first penalty save of the 2018-2019 season.

After Bruno Manga conceded a penalty, Etheridge managed to handle the pressure as he completely read and deflected Callum Wilson’s right-footed shot towards the bottom-right corner.

According to sports data business Opta Joe, he’s the first player since 2013 to make a Premier League save in his debut.

1 – Neil Etheridge is the first goalkeeper to save a penalty on his Premier League debut since Allan McGregor did so for Hull against Chelsea in August 2013. Stopped. pic.twitter.com/MBmqEBk7hN

However, Etheridge’s debut was not completely perfect after he conceded a goal in the 24th minute, as Ryan Fraser found the back of the net with a right-footed strike towards the center.

Wilson also got back at Etheridge as he connected an assist from Simon Francis and shot towards the bottom-left corner.

Despite the 0-2 loss to Bournemouth, the world remains proud of Etheridge for being the first Filipino to unlock these achievements in one game.

Here's the #BOUCAR team news you've been waiting for!

You’ll get them next time, #Bluebirds!