Schooling pulled off one of the biggest surprises in swimming history by beating the great Michael Phelps in the American’s final individual race, the Rio 2016 100m butterfly final, to win Singapore’s first Olympic gold medal.

Four years ago in Incheon Schooling took three butterfly medals – gold in the 100m, silver in the 50m and bronze in the 200m.

The 22-year-old is aiming for five gongs in Jakarta – he may opt for the 100m freestyle instead of the 200m butterfly as well as his favorite 100m and 50m fly events while also taking on the 4x100m freestyle and 4x100m medley relays. The Chinese flyer is in the form of his life and ready to cement his status as Asia’s fastest man.

Su stormed to a 100m dash personal best of 9.91sec in Madrid as recently as June 22 and proved it was no fluke by clocking the same time in Paris a week later.

Those runs came hot on the heels of Su’s wind-assisted 9.90 in Eugene in May, and the 28-year-old starts as a hot favorite in Jakarta after equalling the Asian record of Nigerian-born Qatari Femi Ogunode, who ran 9.91 in 2016.

Ogunode beat Su to the gold four years ago in Incheon but has failed to dip below 10 seconds this season.

Another member of that quartet, Xie Zhenye, could be Su’s biggest challenger in Jakarta having clocked a personal best 9.97 in June. 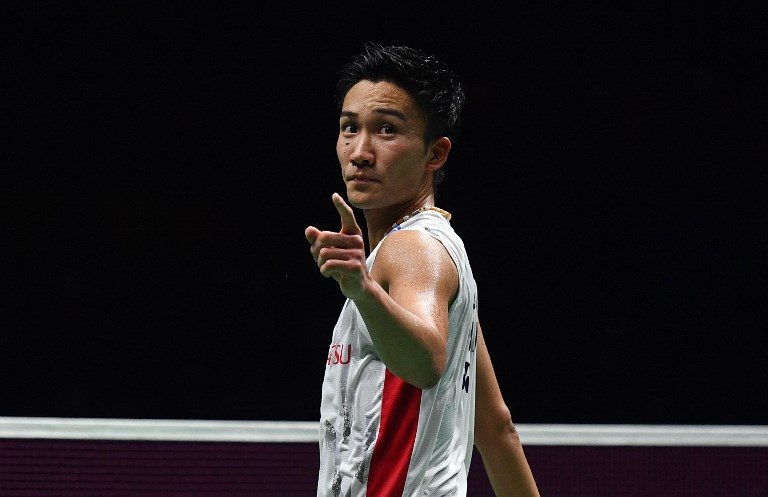 The newly crowned world champion is making up for lost time after a gambling scandal that threatened to wreck his career.

Momota was world number two when he was suspended in 2016 for more than a year after visiting an illegal casino, denying him a place at the Rio Olympics.

But he will head to Jakarta as favorite for gold as he aims to take the mantle from Lee Chong Wei of Malaysia and China’s Lin Dan, who have dominated the sport. The Penang-born superstar is in the twilight of her glittering career but will be eyeing another glorious title to add her incredible tally of four individual golds, two team golds and one individual silver at the past five Asiads stretching back 20 years.

David stunned the world of squash when she won her first Asian Games gold at 14 years old in 1998, and went on to assume legendary status by spending a record 108 months as world number one from August 2006 to September 2015.

She is relishing being back in Jakarta, where it all began for her 21 years ago. “I was in Jakarta when I was only 13 years old… at the 1997 Indonesia SEA Games,” she told Malaysia’s Star newspaper last month.

“It was my first outing as a senior player in the national team. And now after many years, I’ll be back in Jakarta for the Asian Games. It will be a special occasion and I will treasure the moment.” Tottenham have agreed a deal with the South Korean Football Association which will see South Korea’s most successful football export miss the first two matches at the Asian Cup in January in exchange for releasing him for the Asiad.

Son, whose goal knocked holders Germany out of the World Cup in Russia in June, came on as a late substitute in Saturday’s opening day 2-1 Premier League win at Newcastle before taking the long flight to Jakarta.

It is a calculated gamble by Spurs who know that losing the 26-year-old “Sonny” for three weeks at the start of this season could pay dividends if he can guide to country to a repeat of their 2014 games triumph.

A gold medal would be rewarded with an exemption from the 21 months of compulsory military service that, like all other Korean men, he would be required to begin before his 28th birthday in July 2020.

Son missed out when South Korea took gold in Incheon four years ago because his club at the time, Bayer Leverkusen, would not release him. – Rappler.com