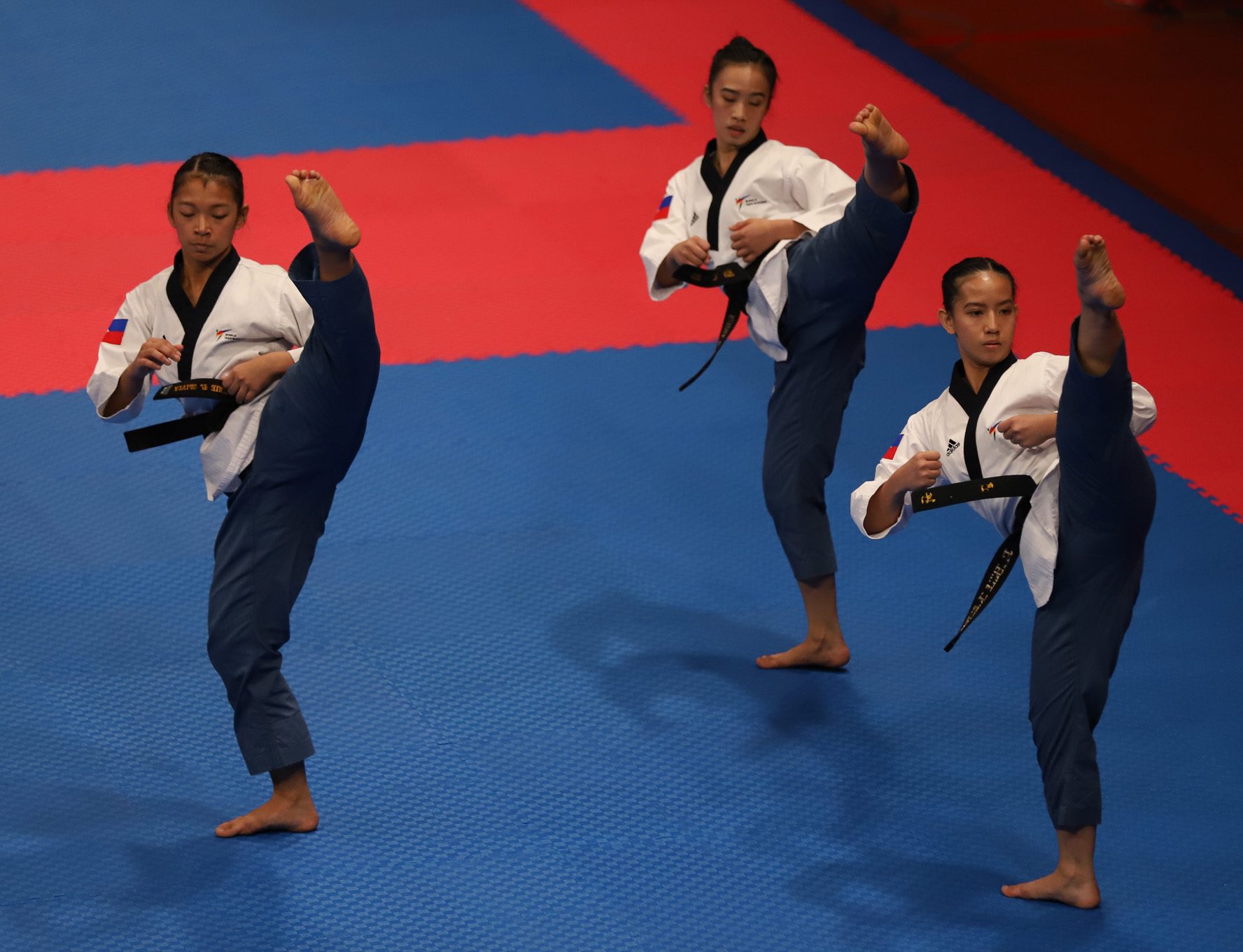 Finishing with 7.11 points against Korea’s Yeowon Gwak, Dongah Choi and Jaeeun Park, who garnered 8.020 points, the Filipinas fell short of their bid to nail at least a top two finish.

Stll, the Filipina trio said the bronze was more than enough.

(We didn’t expect to get a bronze because we competed against host country Indonesia before the medal round. So we feel super proud and blessed.)

(When the scores flashed, we couldn’t compute right away if we won or not. So it was only when the red signal blinked that we knew the Philippines won.”

(I wanted to cry because we really didn’t expect it. They were leading in the first form. Then our coach just reminded that there’s still time to make up for it in the next form. So we gave our all and we got a very narrow lead for the second form.)

Earlier, their male counterparts secured the country’s first medal with a bronze. 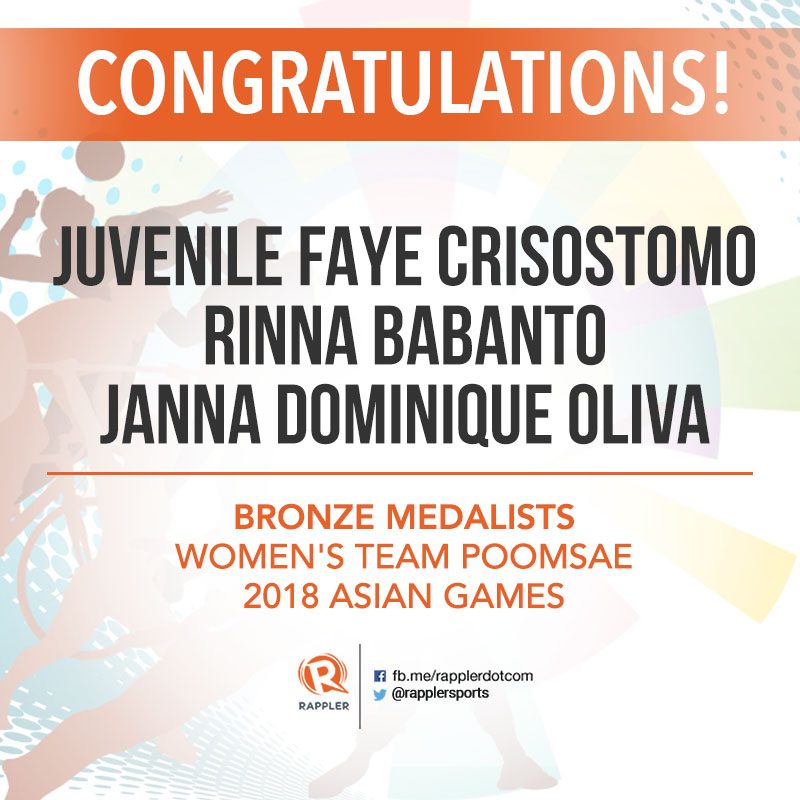