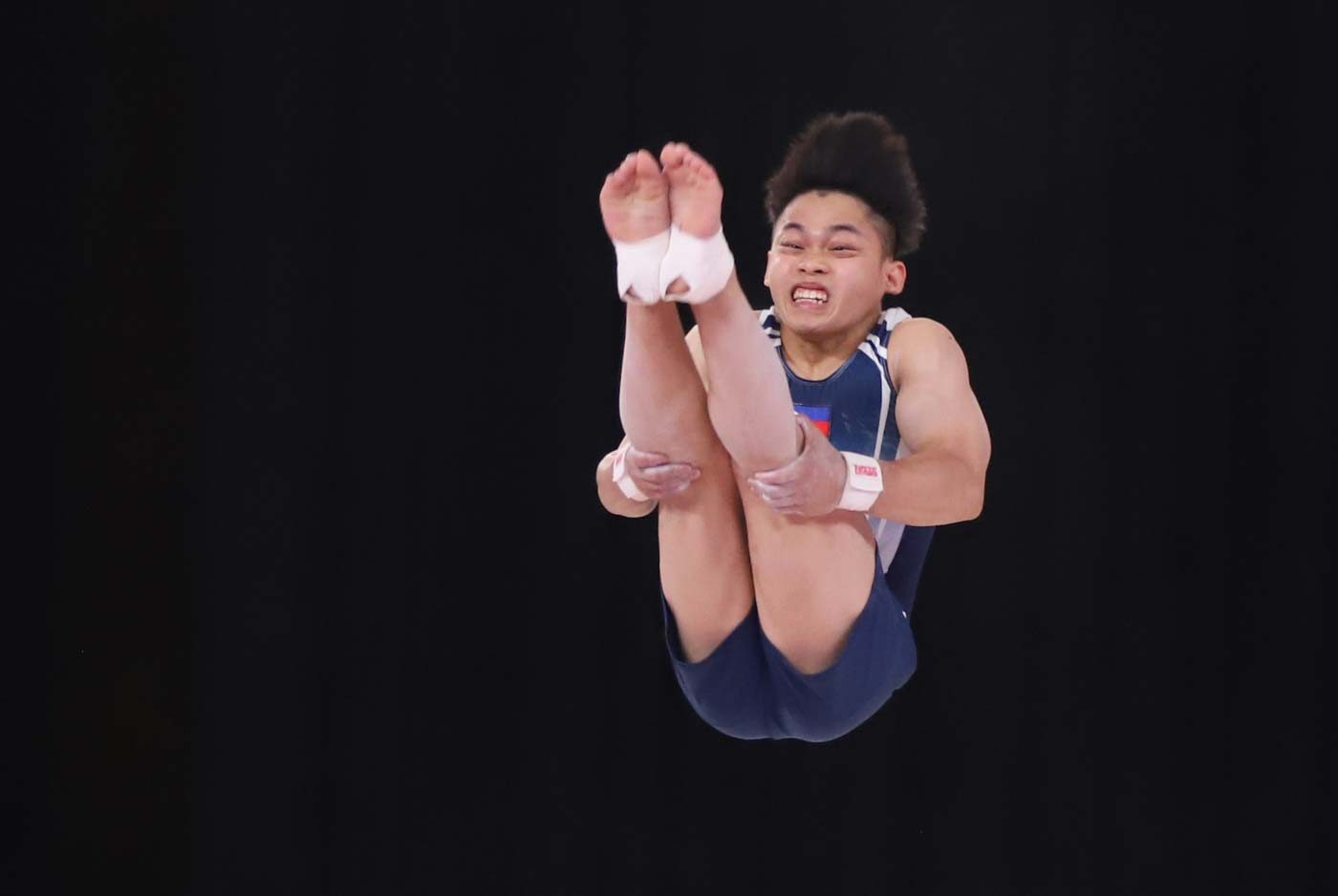 MANILA, Philippines – Filipino gymnast Carlos Yulo stumbled twice in the floor exercise of the men’s artistic gymnastics to crash out of the podium in the 2018 Asian Games on Thursday, August 23, in Jakarta, Indonesia.

The 18-year-old Yulo – an early favorite after topping an eight-man field last Monday to advance to the medal round – settled for seventh place with a score of 13.500.

Yulo had hoped to make history by winning the Philippines’ first gold medal in artistic gymnastics and securing the country’s second in this campaign after Hidilyn Diaz topped the weightlifting competition.

But the Philippine bet struggled with his routine, fell in the third pass and stumbled on his fourth pass landing which got him penalized with a full-point deduction.

Korea’s Kim Hansol captured the gold with a score of 14.675 points. Chinese Taipei’s Tang Chia-Hung garnered 14.425 and China’s Lin Chaopan had 14.225 to round out the top three finishers. – Rappler.com