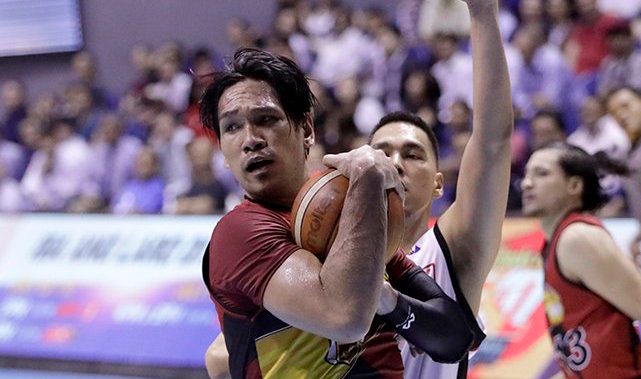 MANILA, Philippines – June Mar Fajardo will miss precious time for San Miguel and the national team after suffering a shin injury that will sideline him for six to eight weeks.

Beermen head coach Leo Austria confirmed the development, which would mean the reigning four-time Most Valuable Player will not see action for most of the 2018 PBA Governors’ Cup and the second round of the World Cup qualifiers.

“[He has] stress fracture on his shin and he is out for six to eight weeks,” Austria told Rappler through text.

Fajardo could miss almost all of the Beermen’s elimination round games and Gilas Pilipinas’ duels against Iran (September 13) and Qatar (September 17) in the Asian Qualifiers for the 2019 FIBA World Cup.

The injury could also jeopardize Fajardo’s bid for a record fifth MVP award since the winner should play in 70% of the team’s games all season.

San Miguel will play its first game of the conference against NLEX on September 1 at the Araneta Coliseum. – Rappler.com