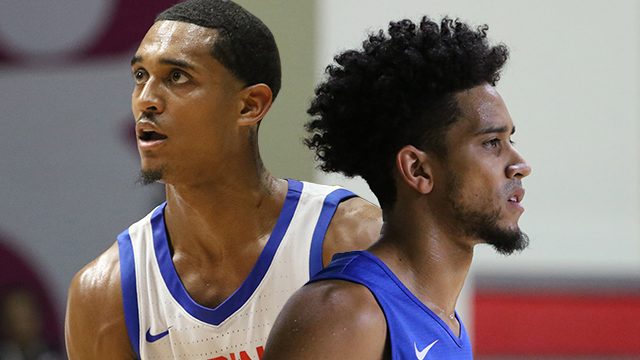 MANILA, Philippines – Filipino-American NBA player Jordan Clarkson has yet to notch a win with the Philippine men’s basketball team in the 2018 Asian Games and Gabe Norwood couldn’t help but feel bad for him.

Norwood thinks the rest of the Nationals could do more to help the Cleveland Cavalier after they absorbed their second straight loss with Clarkson leading the squad.

After a Clarkson-less team crushed Kazakhstan, 96-59, the Philippines suffered a heartbreaking 80-82 loss to China in their Group D play and a painful 82-91 defeat to Korea in the quarterfinals.

“I feel bad for Jordan, you know, he came out and hasn’t gotten a win with us yet, and a lot of that goes on us,” Norwood told reporters in Jakarta, Indonesia.

Since Clarkson was granted a “special one-time exception” by the NBA to play in the Asiad, the Philippines’ chances for a podium finish – a first since the country’s bronze-medal win in the 1998 edition – had looked feasible.

And so far, the 26-year-old has delivered as advertised by averaging all-around numbers of 26.5 points, 8.0 rebounds, 3.5 assists and 1.5 steals in two games.

But following the Philippines’ quarterfinal loss to the sharpshooting Koreans, Clarkson and the national team were relegated to the consolation round and could only muster a fifth-place finish at best.

That is something Norwood laments, especially since the Filipinos had both China and Korea on the ropes before they crumbled down in the endgame.

“He’s (Clarkson) putting his heart out there on both ends of the court and it comes down to guys like myself to help us get wins down the stretch and we got to find a way to do that.”

The Philippines will face familiar foe Japan on Tuesday, August 28, in the classification round. – with reports from Beatrice Go in Jakarta/Rappler.com