Guiao: ‘I thought we would fail but I was dead wrong’

Sep 1, 2018 12:19 AM PHT
Beatrice Go
Facebook Twitter Copy URL
Copied
The fiery mentor admits that he had thoughts of the hastily-formed national team failing in the 2018 Asian Games 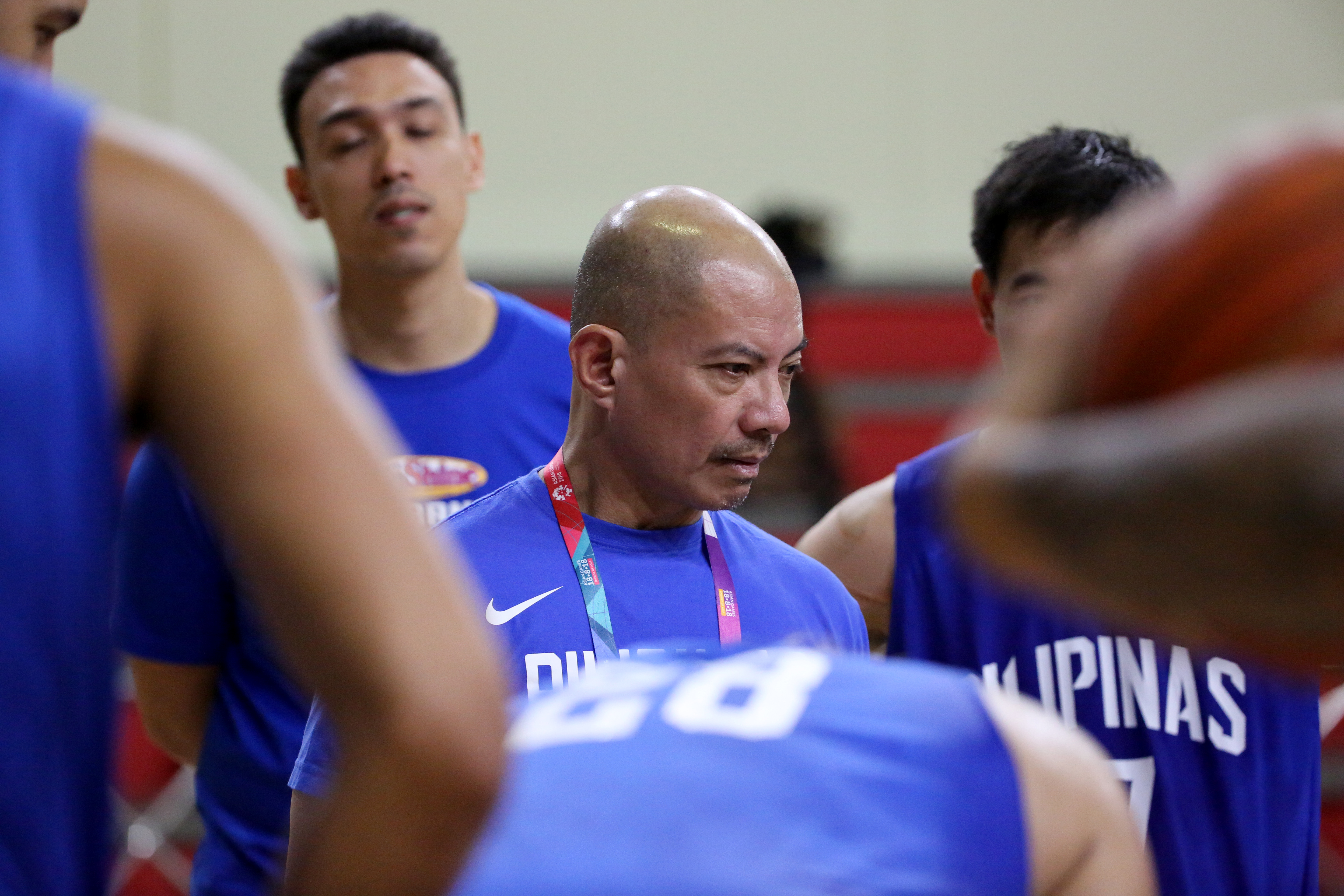 JAKARTA, Indonesia – Amidst all the drama he endured leading up to the 2018 Asian Games, Gilas Pilipinas head coach Yeng Guiao says he’s happy that the team surpassed his expectations both in and out of the court.

The Philippine national men’s basketball team’s fifth-place finish – the country’s best ranking in the continental games in 16 years – was enough to prove him wrong.

“Before I came here and they offered me this opportunity, I was having second thoughts,” admitted Guiao on his appointment as head coach.

“I thought it was a no-win situation, I thought that we were just setting ourselves up to fail. But I was wrong, I was dead wrong.”

Thw Philippines suffered two heartbreakers against China and South Korea. However, the Nationals persevered until the end as they blew out Japan and Syria to secure the best finish in the classification round.

“These guys made a commitment, they played their hearts out and I have no regrets, I’ll do this again in a heartbeat,” added Guiao.

Guiao replaced Chot Reyes as the head coach in the Asiad after the ugly FIBA brawl between Philippines and Australia derailed Samahang Basketbol ng Pilipinas’ (SBP) plans for the 2018 Asian Games.

Three days after the NLEX mentor was appointed head coach, SBP decided to pull out the team from the 2018 Asian Games even as Rain or Shine agreed to field its core team in the quadrennial meet.

In the end, SBP backtracked from its decision and formalized its participation in the Asiad. However, Filipino-American NBA player Jordan Clarkson’s inclusion was questionable until Gilas arrived in Indonesia.

The NBA initially did not release the Cleveland Cavaliers guard, but he was eventually given a one-time exception that allowed him to arrive on the day of Gilas’ opening game against Kazakhstan.

After all the drama, Guiao will only have a day’s rest before he turns his focus on the preparation for the FIBA World Cup Asian Qualifiers this September. – Rappler.com