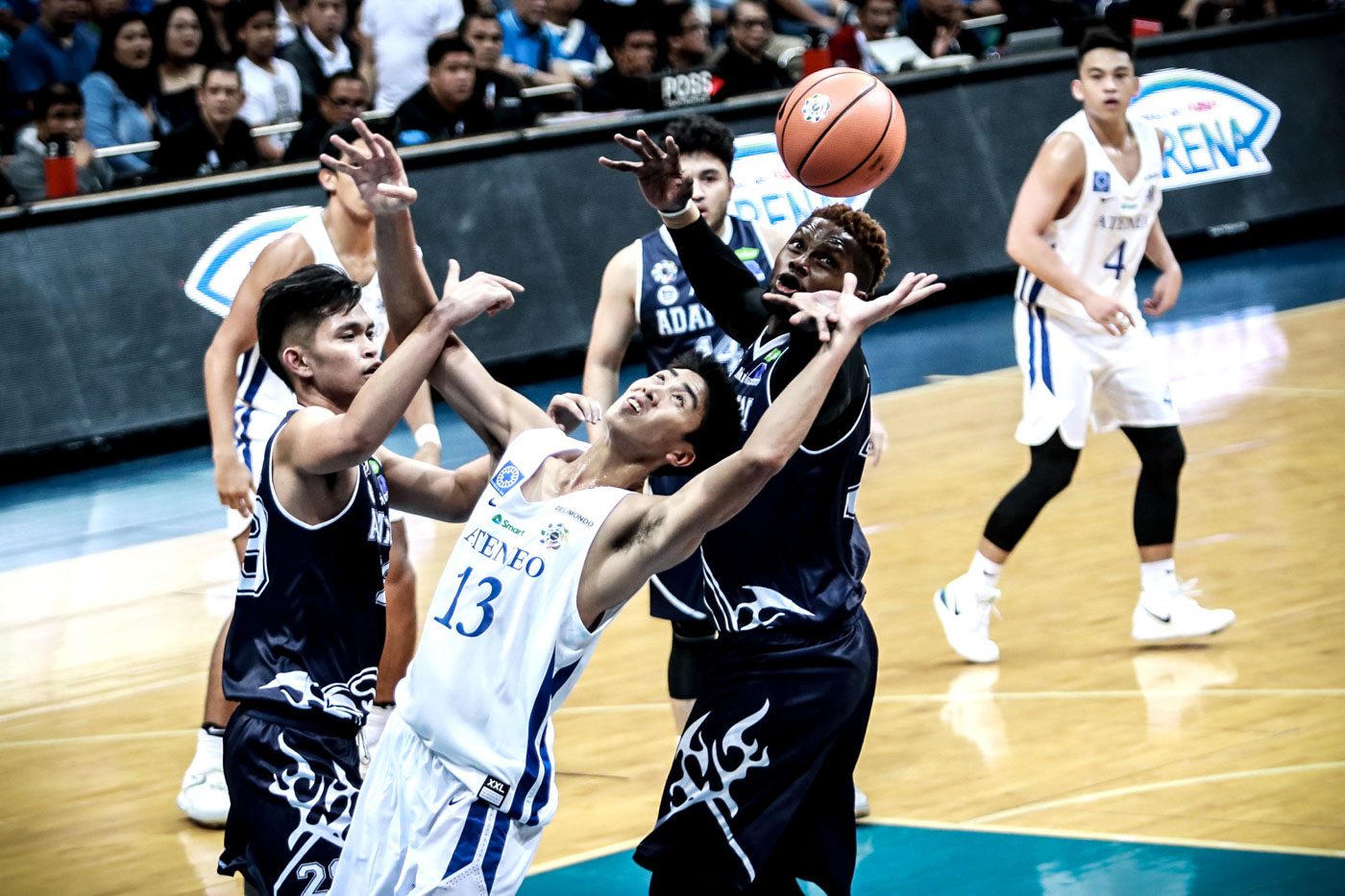 MANILA, Philippines – A monumental upset right in the opening weekend.

Jerrick Ahanmisi delivered a stellar outing to finish with 23 points, including a key bucket after he was left wide-open for an easy drive, 70-68, in the last 1:09 of regulation.

Thirdy Ravena responded with a tying tip slam off an Isaac Go miss, but Papi Sarr retook the Falcons’ lead with a clutch post lay-in, 72-70, with 38 ticks left.

Sean Manganti officially sealed the deal with two clutch free throws off the penalty in the final 13.5 seconds of the game.

“Kudos to my coaching staff,” said Adamson head coach Franz Pumaren in the post-game presser. “I think they did a splendid job scouting Ateneo, and of course, to my players, they follow our game instructions.”

“I love coaching against Tab Baldwin,” he continued. “He squeezes whatever knowledge you have in basketball. In a good way, he pushes me to be thinking one step, or even half a step ahead of him.”

After being down 8, 51-59, early in the 4th, the Eagles stormed back with an 11-2 run to knot the contest at 61-all, ending with a pair of Matt Nieto free throws off the unsportsmanlike foul by rookie Falcon Jerom Lastimosa.

But Adamson grabbed the lead again with Wilfrey Magbuhos completing a three-point play, 64-61, heading into the final five minutes.

Matt Nieto tried to put the Eagles back in the game, but the Falcons somewhow responded to every Ateneo challenge.

The Eagles seemingly had the game under control in the second quarter, 39-29, after a key three from Isaac Go at the 1:15 mark.

However, it was disaster for Ateneo from then on as they succumbed to Adamson’s press defense in the final minute. The Falcons punctuated a masterful 11-0 run to end the first half with a go-ahead buzzer-beating triple from half-court by Jerrick Ahanmisi, 40-39.

From there, the usually composed Eagles lost their cool as they were hit with two technical fouls in the 3rd quarter alone.

Meanwhile, the Falcons just kept their hold on the game, ending with a 55-51 lead heading to the final frame.