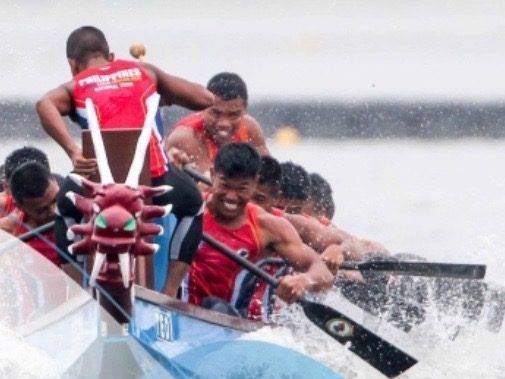 Led by veteran paddlers Hermie Macaranas and Mark Jhon Frias, the Filipinos sprinted to the finish with a sudden burst of speed in the final 50 meters for a 50.46-second clocking in the small boat that drew admiration from their world-class rivals.

“On a shorter course such as the 200m, you need to produce faster and powerful strokes to become successful,” said coach Diomedes Manalo after the Philippine Canoe Kayak Dragonboat Federation paddlers surpassed their medal tally in 2016 Moscow, Russia.

The Pinoy paddlers followed exactly the game plan in capturing their fourth gold in the big boat, clocking 43.481 seconds to subdue Czech Republic (46.082) and United States (46.146).

“Congratulations to our dragon boat athletes for improving on their medal tally from their last world championship,” said Go For Gold top honcho Jeremy Go. “Despite all the struggle and adversity, our team has come out on top and continues to impress.”

The Pinoy paddlers remain on track to secure another gold medal in the 10-seater senior men 200m on Sunday (Monday in Manila).

Maribeth Caranto has been designated steersman and Patricia Ann Bustamante as drummer.

During their world championship campaign two years ago, the Filipinos brought home three gold medals, one silver and a pair of bronzes.

In the master division, the Philippines pocketed a pair of bronze medals in the small boat men’s and mixed 200m races. – Rappler.com