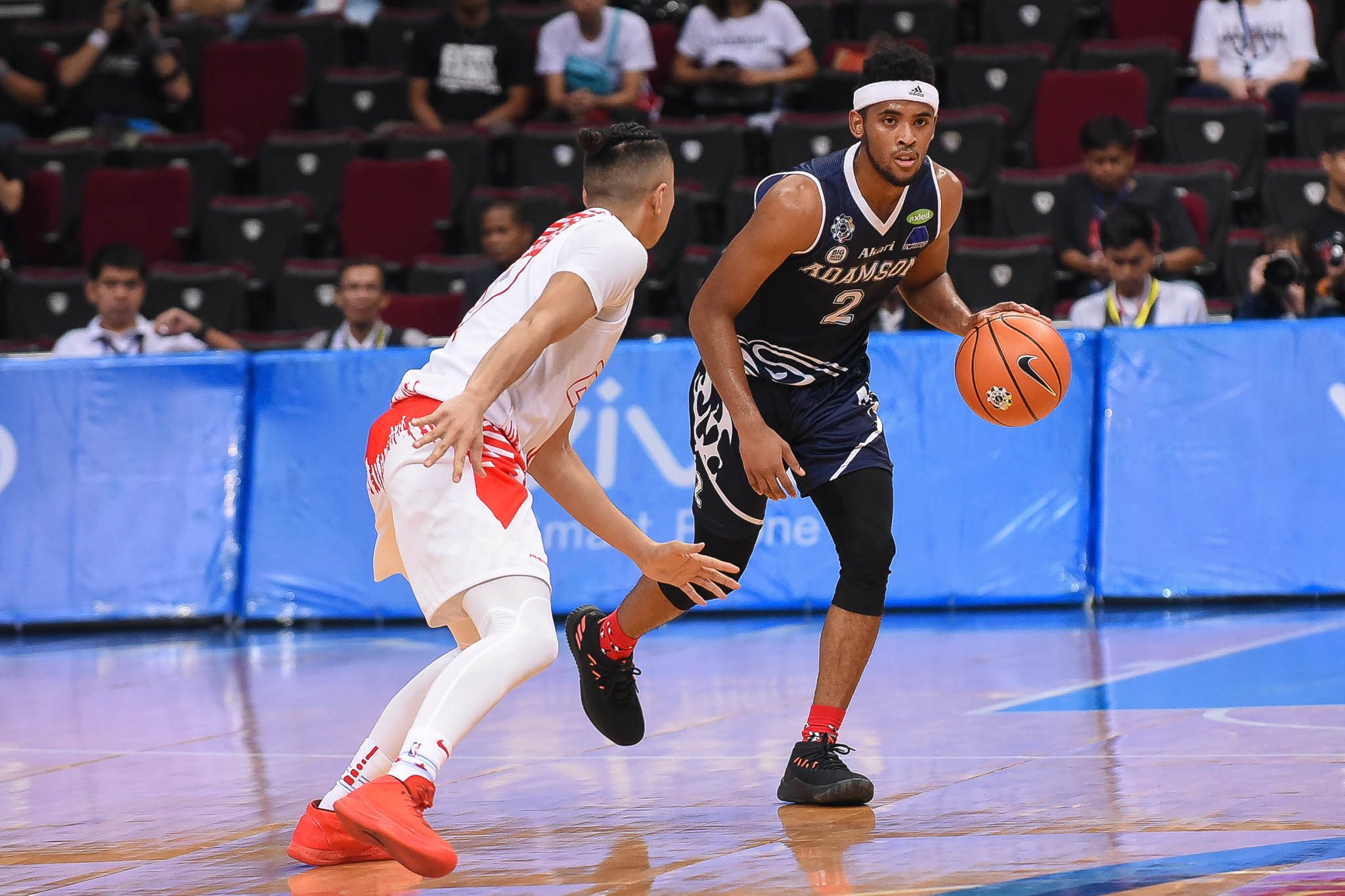 MANILA, Philippines – The Adamson Soaring Falcons trounced the University of East Red Warriors, 90-76, for their second straight win in the UAAP Season 81 men’s basketball tournament on Wednesday, September 19, at the Mall of Asia Arena.

Sean Manganti dropped 27 points to to lead the Falcons, who stunned defending champion Ateneo in the opener.

Jerrick Ahanmisi added 17 points as Adamson overcame the scoring outburst of UE’s Alvin Pasaol on the way to grabbing the early tournament lead with a 2-0 record.

After the Falcons trailed 25-28, Ahanmisi exploded for 10 points that sparked a 17-0 run that gave Adamson a double digit lead, 42-32, by halftime.

From there, the Falcons never looked back as it stretched the lead to 20 points, 67-47, in the 3rd quarter.

The Warriors tried to put up a fight behind Pasaol – who unleashed 36 points – but the Falcons’ collective effort proved too much.

“Nothing against UE, but we made it a very difficult game on our part,” said Adamson head coach Franz Pumaren.

“I just reminded them (the players) during the huddle in the second half, probably we can think that way (take UE lightly) if we’re playing four guys against five, but we’re still playing against five guys, so we cannot take them lightly.”