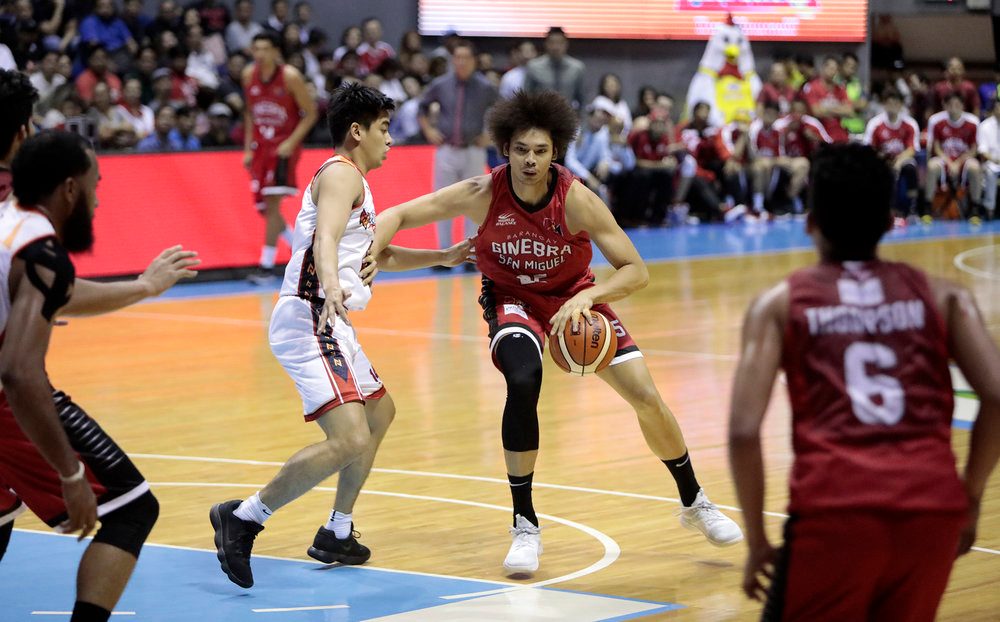 MANILA, Philippines – As if Ginebra didn’t have enough injuries to worry about, Japeth Aguilar has been ruled out for their Sunday, September 23 showdown against the San Miguel Beermen due to a right calf strain.

(Actually, I felt the strain in the last two minutes of the Qatar game in the FIBA World Cup qualifiers. I knew we had a game so I tried to practice. I aggravated the strain there.)

Aguilar will be out for a minimum of 10 days, which means he’d miss the San Miguel Beer match on Sunday, September 23 as well as their battle with Phoenix on Friday, September 29. He’ll most likely be good to go on October 5 against NLEX, barring setbacks.

Aguilar was a vital cog in Team Pilipinas’ 92-81 comeback win against Qatar in their closed-door match in the Araneta Coliseum. The athletic 6-foot-10 forward tallied a game-high 16 points and 9 rebounds on a stellar 7-of-9 (78%) clip before straining his calf in the endgame. – Rappler.com