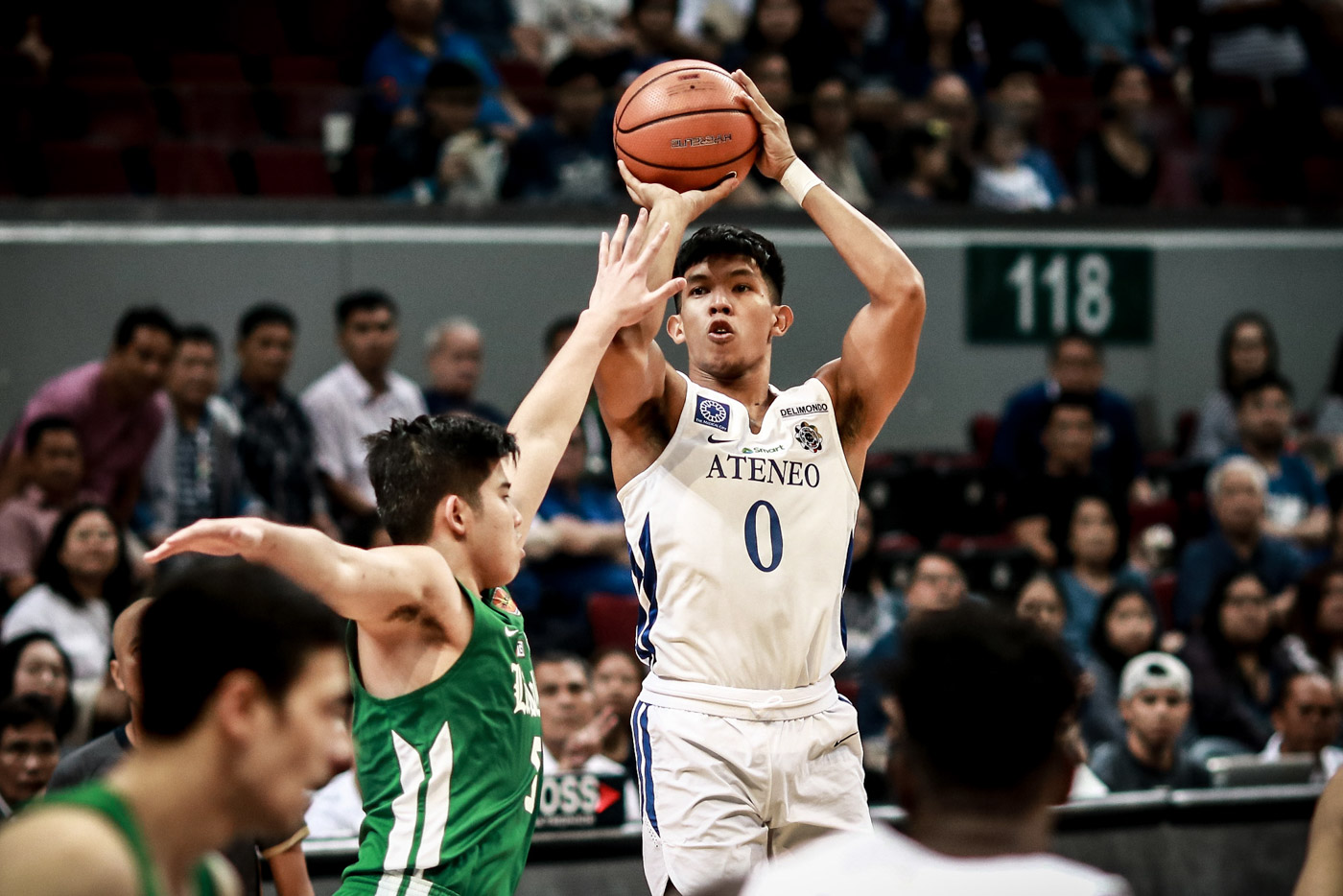 MANILA, Philippines – The Ateneo Blue Eagles pretty much played to the script.

Angelo Kouame led the Ateneo assault against an error-prone La Salle to finish with his second straight monster double-double performance of 20 points and 13 rebounds with 5 blocks.

Anton Asistio also delivered with 12 points and 3 steals on a 4-of-5 (80%) clip from downtown. Thirdy Ravena chipped in a well-rounded game of 9 markers, 6 dimes and 4 boards.

As they rolled to their fifth straight victory, the Blue Eagles maintained their grip of the second spot at 5-1 behind unbeaten surprise leader Adamson (5-0)

The Green Archers fell to fourth at 3-3 behind the FEU Tamaraws (3-2).

Aljun Melecio was the lone bright spot for the shoddy Archers with a game-high 21 points and 7 boards.

La Salle finished with 28 turnovers and a measly 3 assists. Ateneo, meanwhile, had 14 team dimes and 11 steals with just 15 giveaways.

The Archers’ breakout big man Justine Baltazar was held to just 4 points and 10 boards in 30 minutes. Team captain Kib Montalbo shattered his return timetable from a left thumb injury but only managed 4 garbage-time points and 3 boards in 24 minutes.

Ateneo took full advantage of La Salle’s extreme sloppiness and squeezed out a 12-3 run, 40-26, ending with an Anton Asistio triple at the 4:23 mark in the 3rd quarter. At one point, the Archers almost had as many turnovers (21) as they had points (23).

To pile on the green side’s woes, Isaac Go erupted at the tail end of the period and punctuated his own run with a cold-blooded three, 50-33, as time expired.

It was all Blue Eagles in the final quarter as they kept a double-digit distance from the Green Archers.

The Blue Eagles have been soaring since their shock loss to Adamson in the opener, crushing their next 4 opponents by an average winning margin of 23.25 points.