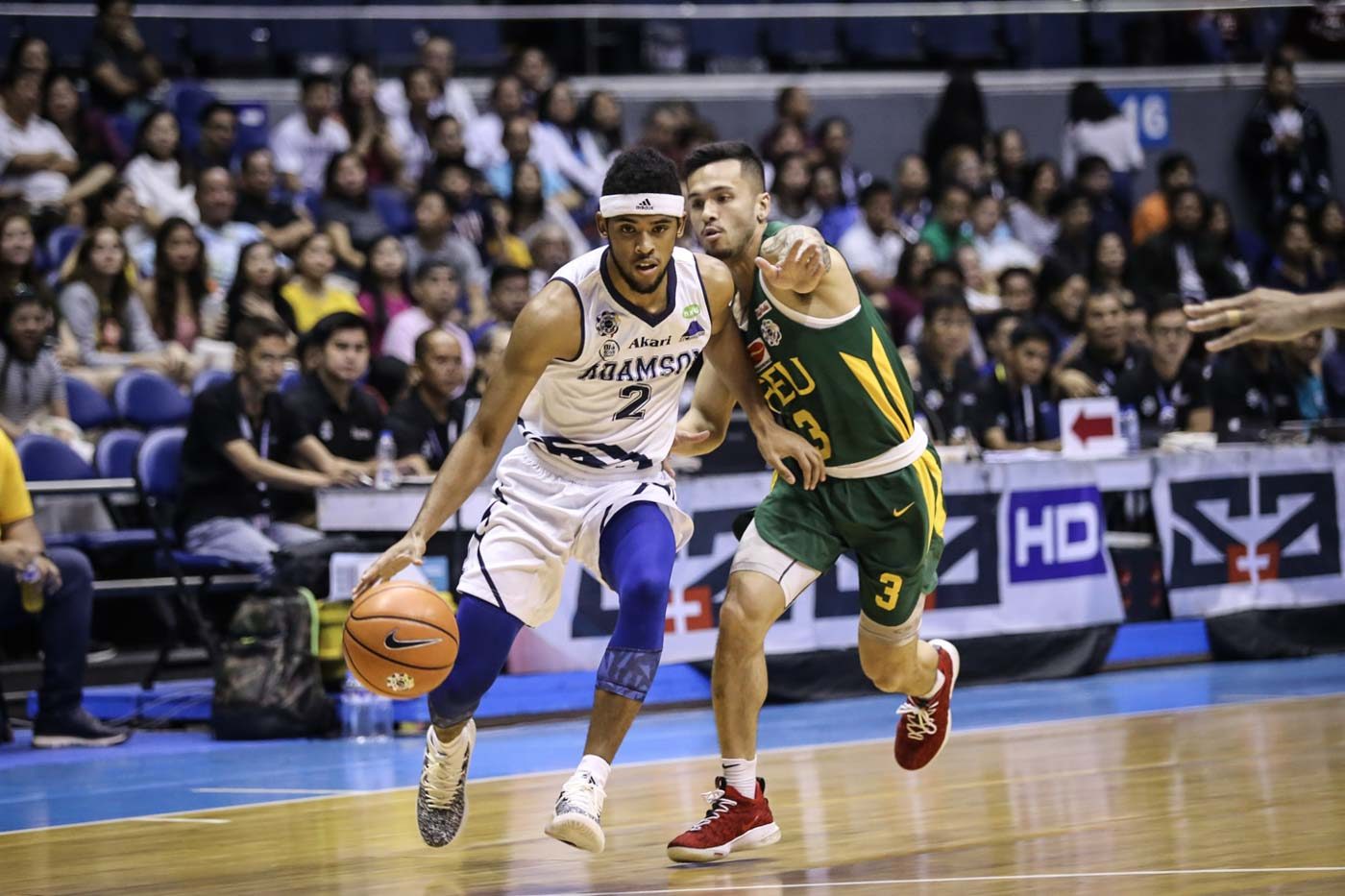 Facebook Twitter Copy URL
Copied
After blowing a huge lead, the FEU Tamaraws regroup in overtime to deal the Adamson Falcons their first loss in 6 games

After blowing a huge double-digit lead, the FEU Tamaraws held on in overtime to snap the Adamson Falcons’ perfect run, 88-85, in the UAAP men’s basketball tournament at the Araneta Coliseum on Sunday, October 7.

Adamson saw its unbeaten run come to an end at 5 games to share the top spot with the Ateneo Blue Eagles at 5-1 as FEU moved just behind them at 4-2.

In the extra period, both teams traded leads until the 20-second mark when FEU won a loose ball scramble leading to an open Barkley Ebona layup, 88-85.

The Tamaraws blew a whopping 17-point advantage, 67-50, in regulation as the Falcons rallied behind Sean Manganti and Ahanmisi to tie the game at 78.

Richard Escoto sank the clutch putback off a missed Prince Orizu free throw to put FEU up by a bucket, 80-78, with 29 seconds left.

Adamson’s Simon Camacho responded, however, with a putback off an Ahanmisi miss at the 1.5-second mark to send the game to overtime, 80-80.

Arvin Tolentino still wound up top scoring for the Tamaraws with 19 points before he got ejected – just when the Falcons were catching fire – for a clothesline on Sean Manganti with 3:43 remaining in regulation.

Ahanmisi paced the Falcons with 21 points, 12 from three-point range, and 6 rebounds, while Manganti collected 20 points, 6 rebounds, 4 steals and 3 assists.