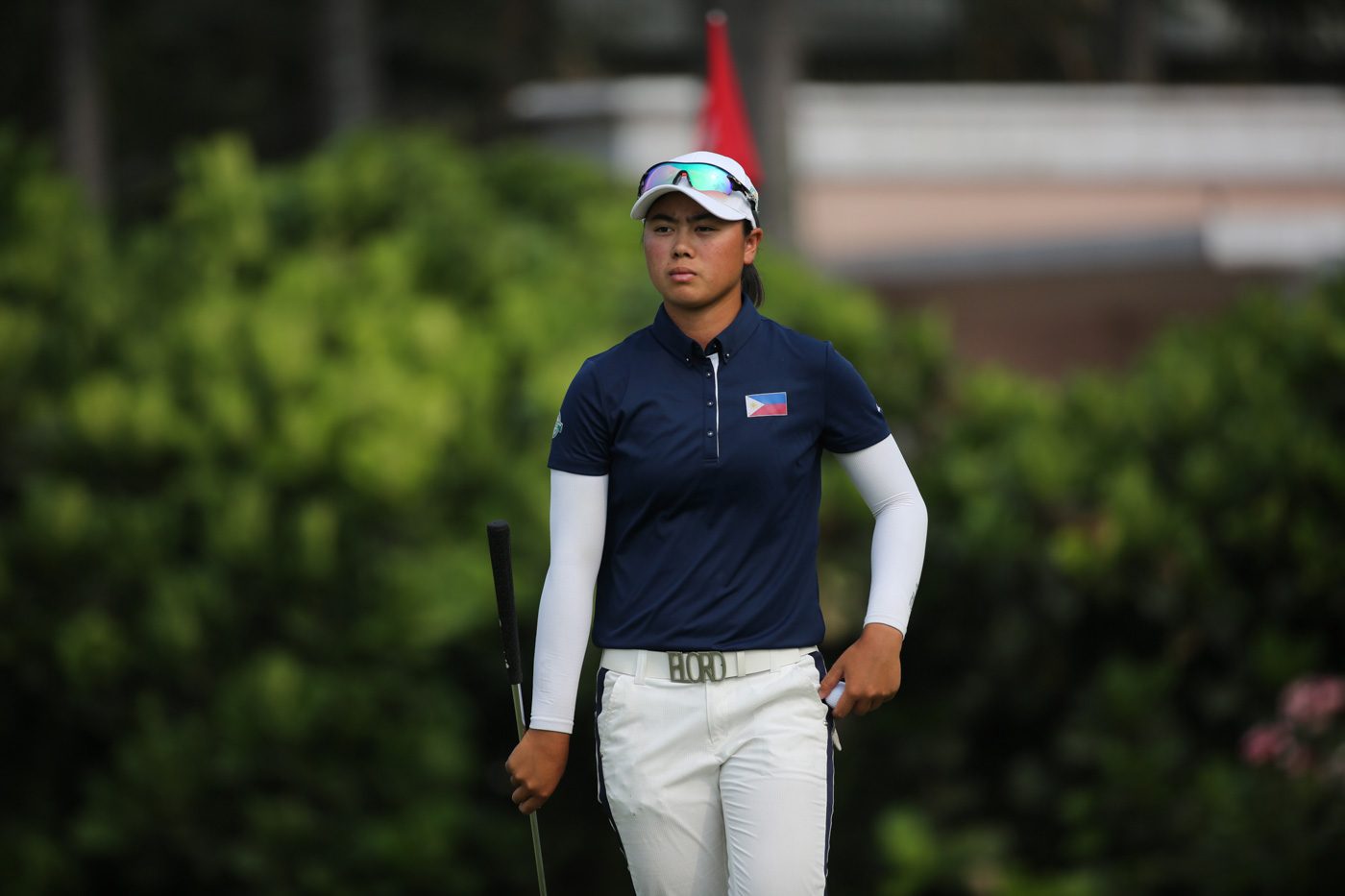 BUENOS AIRES. Argentina – Golfer Yuka Saso blew her chance to secure a medal after miscalculating a crucial putt in a three-way playoff Thursday, October 11, at the 2018 Youth Olympic Games here.

The 17-year-old Filipino-Japanese saw her six-footer for par miss the cup, ending the hunt for a possible bronze medal for the Philippines in women’s individual golf.

Saso figured into a playoff with Alessia Nobilio of Italy and Emma Spitz of Austria after finishing the final round tied at 214.

Kim Grace of Australia fired a one-over 71 and assembled 211 to secure the gold medal amid the chilly weather and overcast skies at the Hurlingham Club.

Nobilio, the leader for two consecutive days, birdied hole No. 1 during the playoff to secure the silver medal.

Left to gun for the bronze, Saso bogeyed after missing at 6 feet while Spitz went on to join Grace and Nobilio on the medal podium following a par on the same hole.

“Sayang talaga (What a missed opportunity),” said Masakazu Saso, Yuka’s father who joined American coach Rick Gibson on the fairway throughout the round.

“For me, it’s already a medal. Pero nangyayari talaga yan, especially if you’re competing with the best in your sport,” said Philippine chief of mission Jonne Go.

(For me, it’s already a medal. But things really happen, especially if you’re competing with the best in your sport.)

On the men’s side, Carl Jano Corpus also failed to medal after winding up tied for 16th with South Korea’s Sangha Park. Both were 17 strokes behind eventual champion Karl Vilips of Australia.

Saso and Corpus will join forces in the mixed team event scheduled to begin Saturday.

The Philippine team, whose trip was bankrolled by the Philippine Sports Commission, has two more athletes in the hunt for a medal with Christian Tio aiming to stand on the medal podium in kiteboarding and archer Nicole Tagle shooting for a great finish for 3 days starting Saturday.

“May chance pa tayo sa (golf) team event and we still have two other athletes who will be competing,” said Go.

(We still have a chance in the golf team event and we still have two other athletes who will be competing.) – Rappler.com