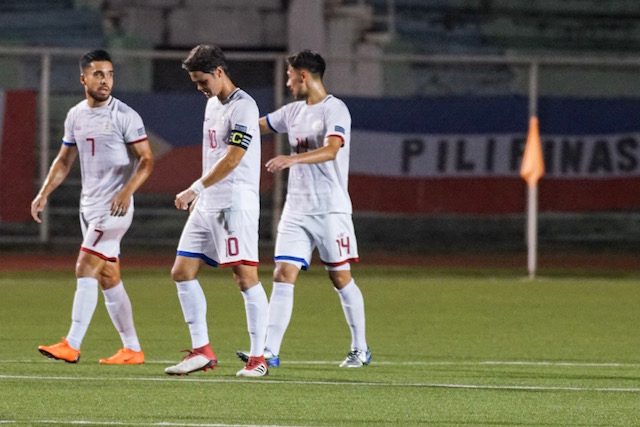 It was the first time in 17 years that the country faced 85th-ranked Oman as the Philippine men’s football team continues its buildup for the 2018 AFF Suzuki Cup and the 2019 Asian Cup.

A draw marked a big improvement from the Philippines’ performances against Oman as the Nationals were blanked, 0-2 and 0-7, in the 2001 FIFA World Cup Qualifiers.

Oman’s Raed Saleh opened the scoreline in the 8th minute after connecting a corner kick as he fired the shot past Neil Etheridge.

After conceding the goal, the Cardiff City keeper made 3 crucial saves in the first half alone to keep out the Omanis’ offense at bay.

In the 38th minute, Khalid Khalifa Al Hajri’s own goal equalized the score at 1-1 as he headed in a Manny Ott free kick from the left flank.

Michael Faalkesgaard came in for Azkals veteran keeper Etherdige in the second half and impressed by punching out an incoming header in the 60th minute to keep the score leveled.

New Azkals recruit John Patrick Strauss made his debut for the senior national team as he replaced Martin Steuble as a substitute in the 67th minute.

Faalkesgaard continued to impress as he made 5 saves to back up the Philippine team’s defense to lock down the score in the second half.

The Fil-Danish keeper will be one of head coach Scott Cooper’s options for the keeper position in the Suzuki Cup due to Etheridge’s unavailability as majority of the games don’t fall under the FIFA international break.  – Rappler.com