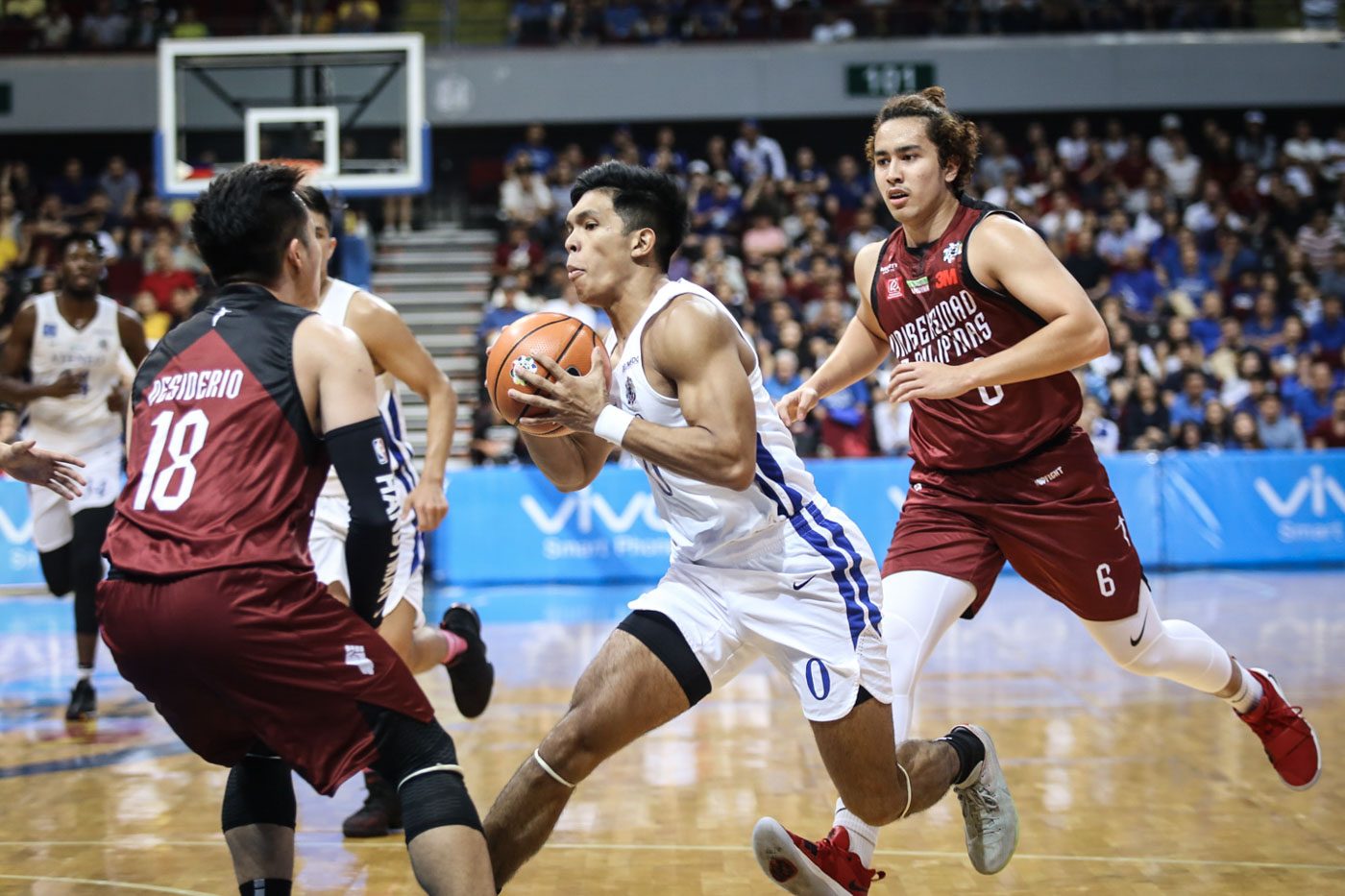 Ravena will serve a one-game suspension for an unsportmanlike act during Ateneo’s game versus UP last Sunday.

It’s not just Ravena, though, who won’t be around as FEU’s Arvin Tolentino will also sit out for the second time this season for striking University of Santo Tomas’ Zach Huang on the head in the last 15 seconds of the UST-FEU game also last Sunday.

In a letter addressed to the team management, the league noted that upon review, the warning called on Ravena after clashing with Paul Desiderio has been deemed as an unsportsmanlike act.

In the collision with Desiderio, the fourth-year Blue Eagle clenched his fist for a punch, but Ravena claimed that he apologized to the King Maroon after the incident.

Tolentino – who will serve the first of a two-game suspension – also didn’t see action in the first round matchup with Ateneo as he was also thrown out of FEU’s game versus Adamson when he clotheslined Sean Manganti.

The FEU Tamaraws prevailed over Ateneo, 63-60, in the first round.

The Ateneo Blue Eagles and FEU Tamaraws will clash this Saturday,  4 pm, at the Araneta Coliseum. – Rappler.com