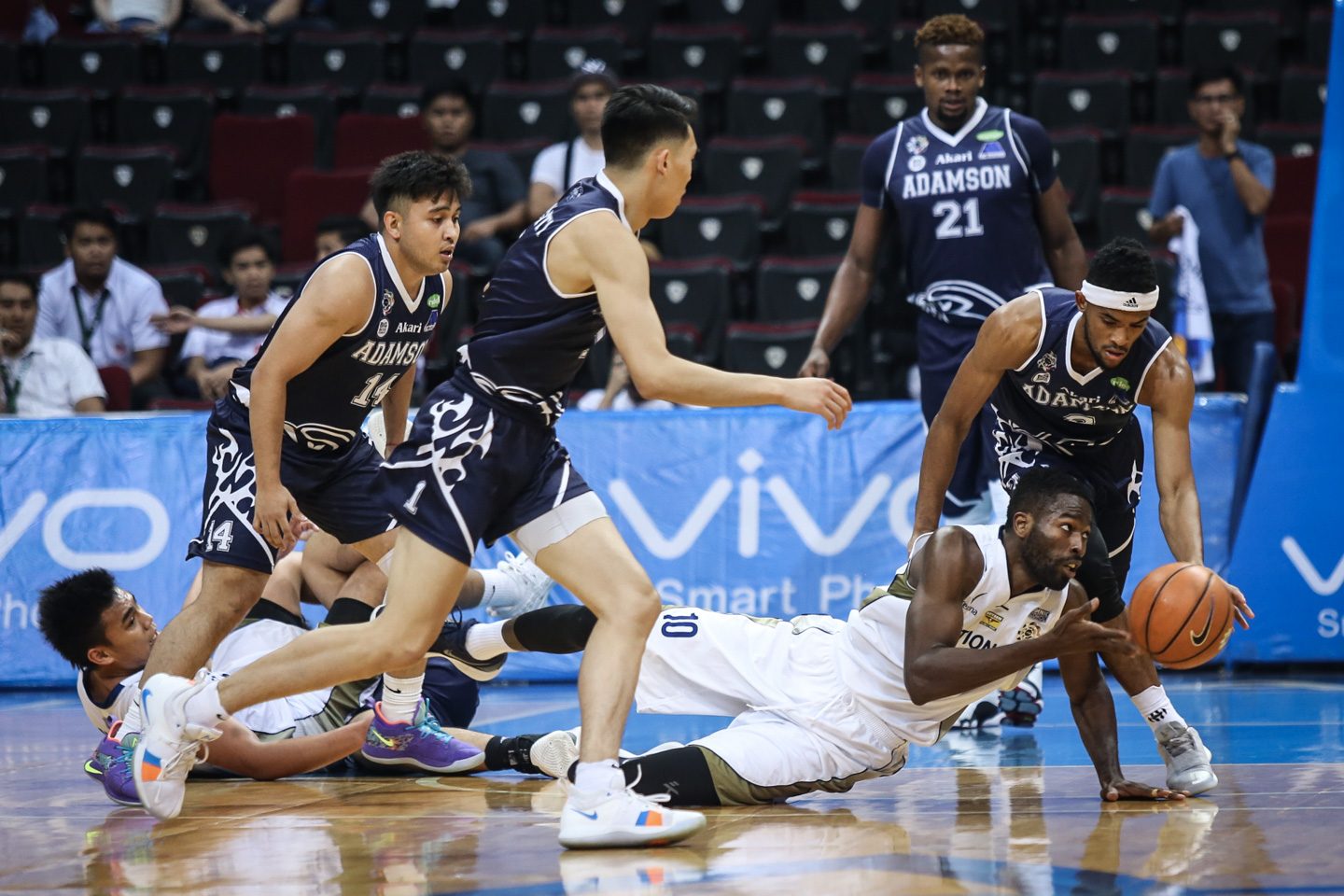 MANILA, Philippines – Adamson quelled National University’s comeback attempts to hack out a 69-58 victory at the start of its second-round campaign in the UAAP men’s basketball tournament at the Mall of Asia Arena on Wednesday, October 17.

Jerrick Ahanmisi pumped in a game-high 21 points on an impressive 3-of-4 (75%) shooting from downtown with no turnovers. Papi Sarr chipped in a 16-point, 11-board double-double with 2 steals as the Falcons bounced back after closing the first round with back-to-back overtime losses to Far Eastern University and La Salle.

“Those two games that we lost, it’s just a minor bump along the way, just like a pothole driving around Metro Manila. We’re still gonna continue our journey,” said Adamson coach Franz Pumaren.

“We’re still good, but [our players] just have to be playing consistent basketball. This game, we won –  but if you look at the first and second half, it’s a day and night situation. We played perfect first half, come second half, we just went through the motions. But of course, nothing against NU, they played much better in the second half.”

NU’s upset hopes were repeatedly dashed even as it dug itself out of a 25-point hole and cut within 7 points, 47-54, off a Joshua Sinclair bucket to begin the 4th.

However, Ahanmisi eventually muzzled the Bulldogs’ charge with back-to-back buckets in the clutch to help the Falcons regain a 15-point lead, 65-50, with less than two minutes to go in regulation.

The Falcons took an early 20-point lead, 31-11, after Simon Camacho broke out on the fastbreak.

Only Dave Ildefonso breached double digits in scoring for the Bulldogs with 21 points plus 6 rebounds. Issa Gaye had 8 markers, 7 boards and 2 blocks in their sixth loss of the season.