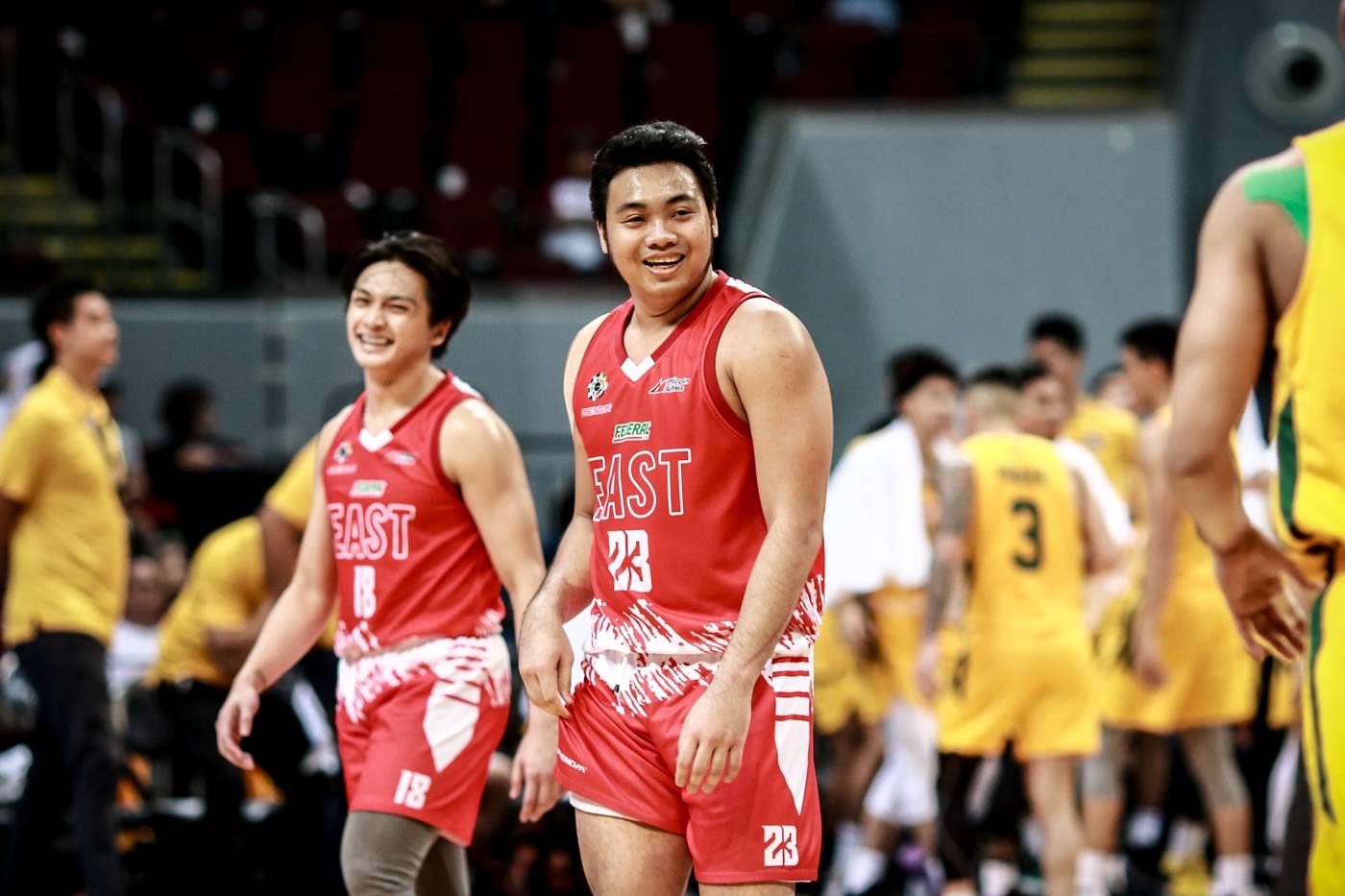 Facebook Twitter Copy URL
Copied
MVP or not, Alvin Pasaol is ready to ride the tough times with the UE Red Warriors

In 8 games so far, the burly 6-foot-3 forward has been a nightly 20-point, 10-rebound threat against any Warriors opponent.

So not surprisingly, Pasaol emerged as one of the UAAP Season 81 MVP frontrunners, amassing enough stats to finish at second place in the awards race after the first round, just behind UP star center Bright Akhuetie. (READ: Akhuetie, Pasaol lead UAAP Season 81 MVP race)

However, his consistent dominance on the court has not translated to wins, as UE is still firmly at the bottom of the cellar with a 1-7 win-loss record.

Right now, all Pasaol wants for himself is more wins for UE and nothing more.

“Wala lang sa’kin yun. Wala sa’kin yun (That’s nothing to me),” Pasaol said on his MVP bid after the Warriors absorbed another setback.

Pasaol finished with a monstrous 22-point, 17-rebound performance on Wednesday, October 17, but still resulted in a 59-79 blowout loss against the De La Salle Green Archers.

Prior to the game, Pasaol has averaged 23.1 points and 10.1 rebounds per contest. After him, Jason Varilla is the team’s second leading scorer with an 8.6 points per game average while Wilson Bartolome is the second-best rebounder with just 4 a game.

Despite his stats telling the whole team story, Pasaol doesn’t even consider himself to be the sole leader of the squad.

(Almost all of us listen to one another. Every one of us is a leader. There’s no ‘I am the only leader.’ It’s all of us. That’s what I keep saying to them. Everyone should be vocal.)

And he’s not worried that his teammates haven’t even come close to his performances. He just wants them to be themselves.

(I told them to just play their game the way they want to play it. I got your backs. If you need me, I’m just here.)

MVP or not, Alvin Pasaol is ready to ride the tough times out. – Rappler.com