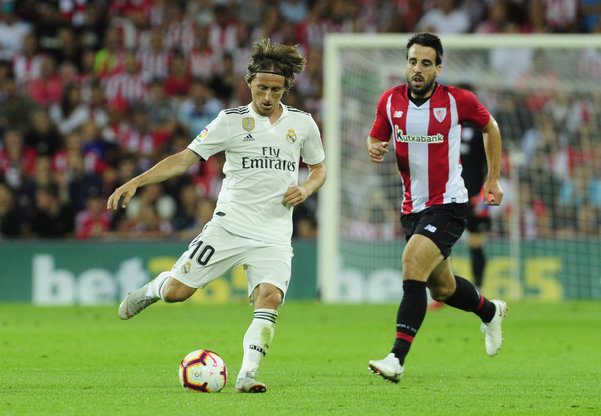 BARCELONA, Spain – Barcelona coach Ernesto Valverde has warned his team to beware a “wounded” Real Madrid side as the hosts head into Sunday’s Clasico at the Camp Nou without the injured Lionel Messi on October 28.

“We know what Madrid are like, they are more dangerous when they are wounded,” said Valverde.

His opposite number Julen Lopetegui is under enormous pressure ahead of the match, with Real having taken just one point from their last 4 games in La Liga.

Madrid ended a five-match winless run in all competitions by beating Viktoria Plzen 2-1 in the Champions League in midweek, but that unconvincing performance may have only delayed the inevitable for Lopetegui.

Defeat at the Camp Nou and Real would be 7 points behind their great rivals at the top of the table.

Conversely, though, a win may just buy Lopetegui some time, and Barcelona do come into the game without Messi after he suffered a fractured arm  against Sevilla last weekend.

Valverde has not forgotten the promise the reigning European champions showed when they took 13 points from a possible 15 to start the season.

“There were moments at the start of the season when Madrid were brilliant in possession and in terms of the pressure they put teams under,” he warned.

“They are now on a bad run, but they also have enough about them to overcome these things, just as we do with the absence of Messi.”

It will be the first Clasico without either Messi or Cristiano Ronaldo since 2007.

“Cristiano was an important player, but we all need to look forward, that is what we are doing and I imagine that is what Madrid are doing,” added Valverde.

The 54-year-old, who spent two years as a Barcelona player, also insisted that the meeting of Spain’s two fiercest rivals has not lost any of its aura without the two greatest players of the current era.

“The Clasico existed before that. The Clasico has always been the Clasico, and there were even flying piglets,” he said, with a reference to a meeting of the sides in 2002, when Barcelona fans threw a pig’s head at Luis Figo, their former idol who had crossed the divide to join Real in 2000.

“There has always been tension.” – Rappler.com