Ateneo gets back at Adamson in defensive shutout 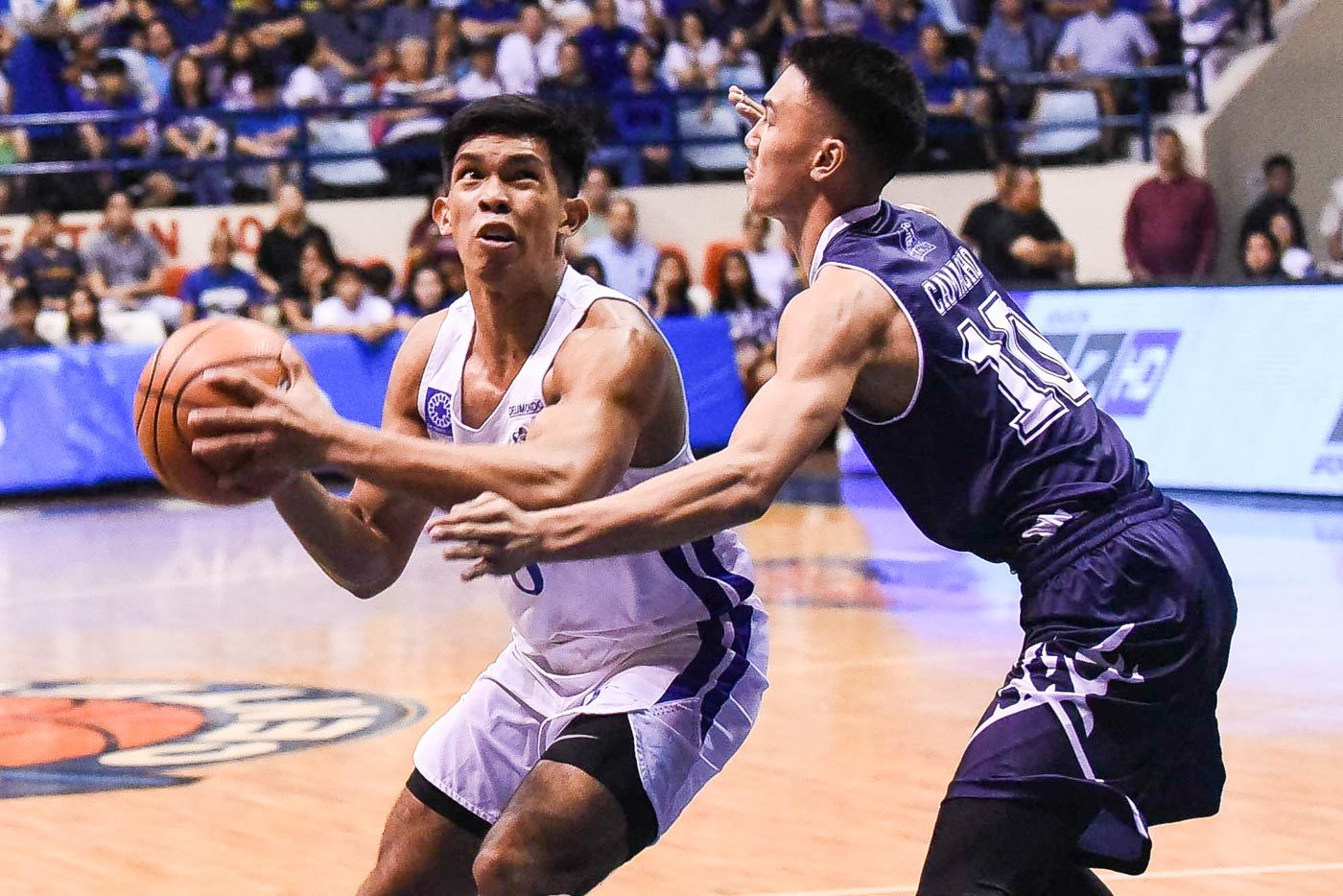 MANILA, Philippines – The Ateneo Blue Eagles demonstrated the big difference between a great team and a champion squad.

Showcasing their defensive arsenal, the Blue Eagles drubbed the Adamson Soaring Falcons, 62-48, to avenge their stunning first-round loss in the UAAP Season 81 men’s basketball tournament at the Ynares Center in Antipolo on Sunday, November 4.

Isaac Go buried 12 points and Thirdy Ravena fired 10 to lead a balanced charge as the defending champions clinched at least a playoff for the twice-to-beat advantage in the Final Four with a 10-2 record.

The Falcons – who were held to their lowest output of the season – kept second place at 8-3, still a full game ahead of third-placer La Salle (7-4).

More elite defense from then on ensured that Ateneo dictated the flow and kept their lead safe until the 4th.

Stand-in point guard Tyler Tio then drained a long two with 5:44 left in regulation to maintain a 17-point cushion, 53-36.

The returning Matt Nieto then broke free for the floater, 60-45, with less than two minutes to go, prompting Adamson head coach Franz Pumaren to pull the plug and bench all his starters.

Jerom Lastimosa had 13 points to pace the Falcons, who stunned the Blue Eagles, 74-70, in the season opener.