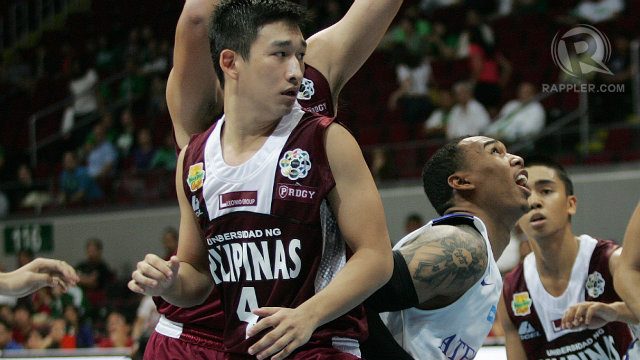 MANILA, Philippines – Former UP Fighting Maroon Kyles Lao is raring to step up for the Manila Stars in the Datu Cup of the Maharlika Pilipinas Basketball League (MPBL).

And the 23-year-old showed just that after helping the Stars to a gritty 60-59 win over the Zamboanga Valientes last October 27 with 12 points on a 5-of-8 shooting clip.

“That has been my approach ever since, to be ready to play and contribute every time coach gives me the playing time,” said Lao, a rookie in the MPBL.

“I’ll just continue to play my game and keep aggressive in our next games as we aim for a playoff berth.”

The former UAAP Rookie of the Year, who averages nearly 7 points, 2 rebounds and 2 assists in the MPBL, was clutch against Zamboanga as he buried back-to-back jumpers that gave Manila a 56-55 lead with 3:16 left.

He was an unlikely hero for the Stars – coming off the bench behind amateur stalwart Chris Bitoon and former PBA player Marcy Arellano – and head coach Philip Cezar said he will get more playing time knowing he can deliver.

“Kyles has what it takes compete at a high level,” said the PBA great of Lao, who wants to make the jump to the PBA.

“He’s talented and he’s really helping the team. He just needs to be more confident and play consistent basketball.”

Manila improved to a 10-2 record in the Northern Division of the MPBL. – Rappler.com