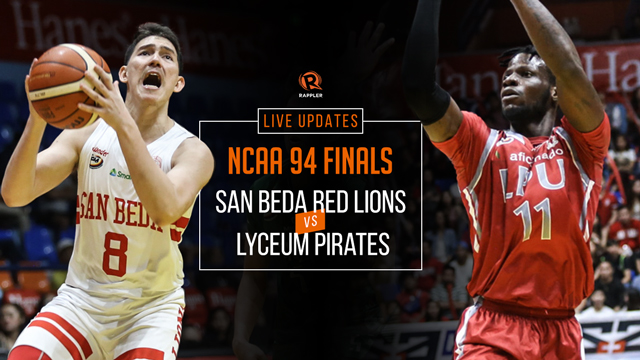 MANILA, Philippines – The San Beda Red Lions and the Lyceum Pirates are again on a warpath for the coveted NCAA championship in Season 94.

The defending champion-slash-dynastic Red Lions are looking to build on yet another top-seed season and have the psychological edge over the Pirates due to their 2-0 sweep in last season’s finals.

Lyceum, however, is coming into this year’s finals as a grounded, more mature team.

After a stunning 18-0 elimination round blitz last season, the Pirates still finished with a very solid 15-3 slate this year, losing only to San Beda and fellow Final Four teams Letran and Perpetual.

This year is CJ Perez’s last chance of finally nabbing that elusive title. Lyceum, though, needs to win Game 1 of the best-of-three championship series minus last season’s Most Valuable Player following his one-game suspension.

On San Beda’s side, the graduating star duo of Robert Bolick and Javee Mocon wouldn’t just roll over and end their NCAA careers on a sour note. (READ: More than a title, San Beda defends tradition in return to NCAA finals)

One team is set to protect a winning tradition. The other is primed to create one for their own. Here is San Beda-Lyceum Part 2.

Game 1 will be held at the Mall of Asia Arena on Tuesday, November 6. Game time is at 4 pm. 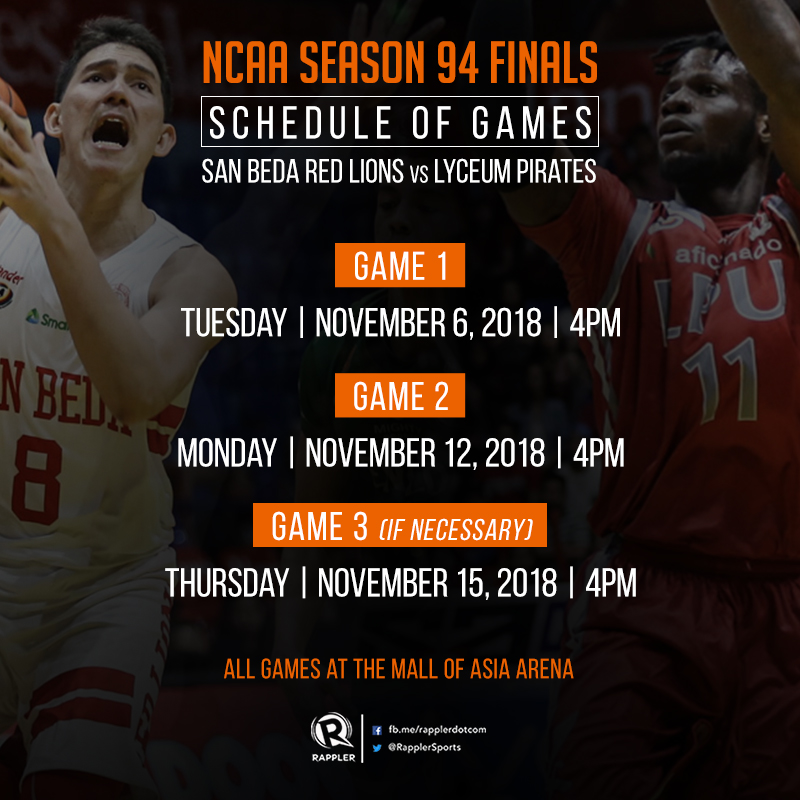