Nov 5, 2018 2:32 PM PHT
JR Isaga
Facebook Twitter Copy URL
Copied
The Blue Eagles exact revenge on the Soaring Falcons for their heartbreaking season-opening loss in the UAAP as the feisty guard comes back from injury 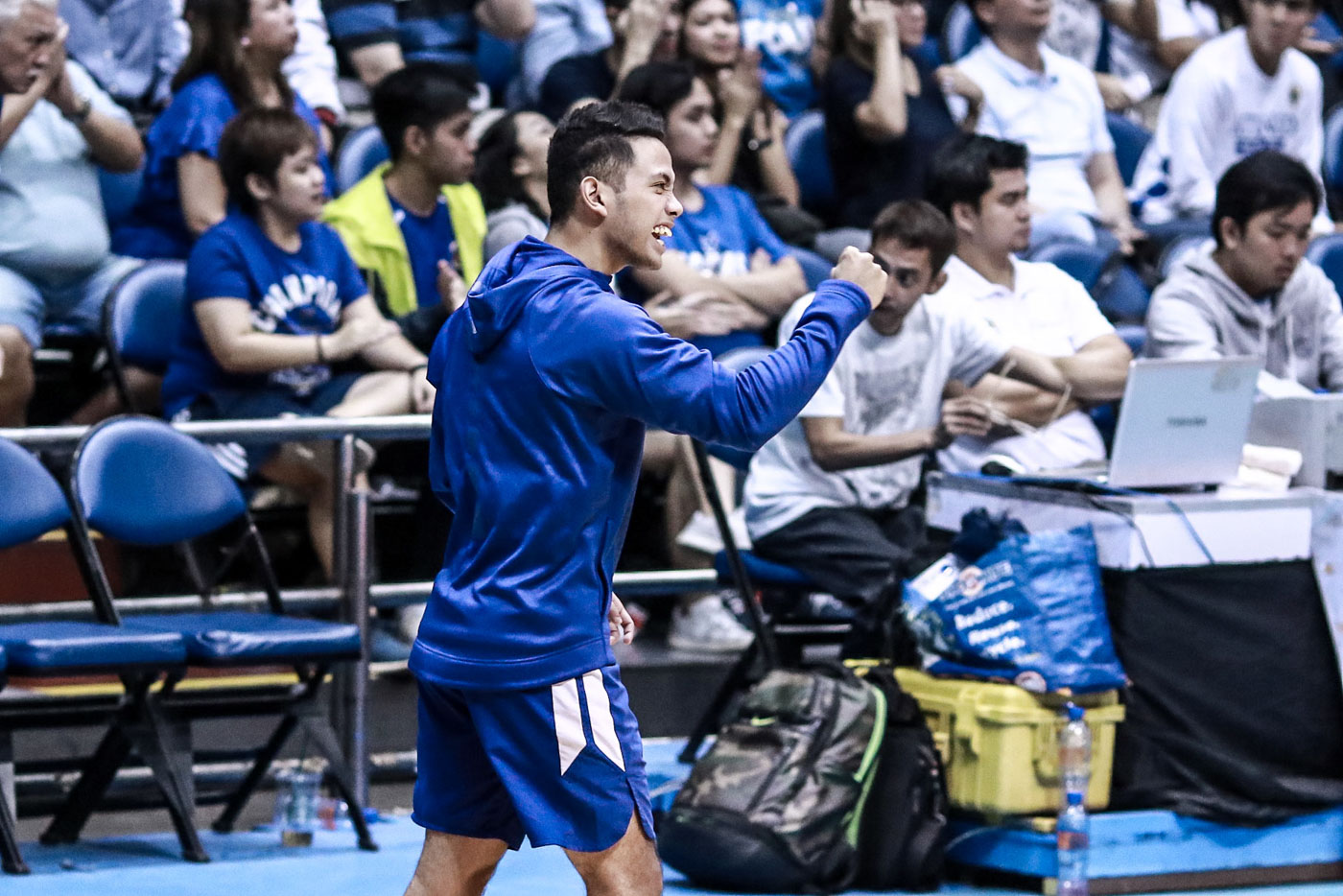 MANILA, Philippines – Just in time for their marquee matchup against the Adamson Soaring Falcons, the Ateneo Blue Eagles further bolstered their stacked roster with the return of star point guard Matt Nieto.

It clearly paid dividends as the defending UAAP champions embarrassed the second-placer Falcons with a 62-48 rout at Ynares Center in Antipolo on Sunday, November 4.

And that’s all he really wanted, to return against Adamson for a little bit of payback.

“It’s really good to be back, but as Coach Tab [Baldwin] told me to take it easy cause we’re still recovering,” he said. “But I really wanted to play against Adamson because they took something from us in the first game.”

“I really wanted to play here against Adamson and it felt good that my teammates were there helping me out. Still a long way to go for me, but the fighting spirit is there.”

The Falcons stunned the Eagles in their very first game with a 74-70 win. That was nowhere near the case in the rematch, however, as Ateneo smothered Adamson to a season-low 48 points.

Nieto, who had been recovering from dengue and a broken pinky finger, really targeted Adamson as the start of his return campaign, healthy or not.

(I saw the schedule and I said even if I didn’t play in the other games but when Adamson comes, whether I’m 100% or 50%, I really wanted to play.)

(Because we have to prove to people that what they took, that’s not theirs, that’s ours. That feeling when we lost against Adamson, we were so down. We really wanted to get even.)

Even before the game, he knew something special would happen.

“We had a week to prepare for Adamson. Mike and I joined just last Wednesday in practice, but I saw the team. I saw the mentality of the team. We really had great practices. I really know that we would play hard this game, because of how hard we went at it in practice.”

Indeed, their hunger paid off, as they proved yet again why they are the defending champs in the first place. – Rappler.com