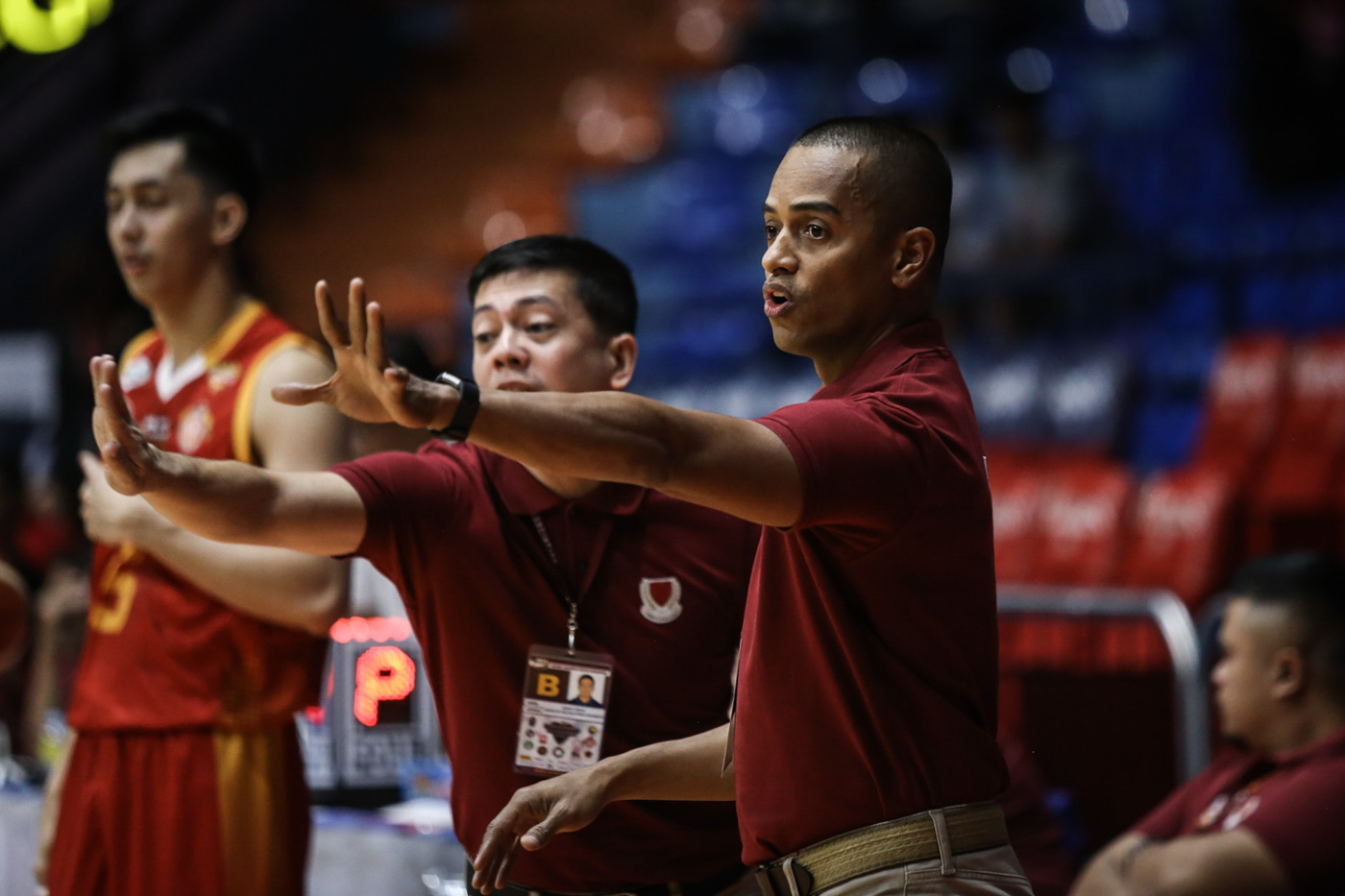 MANILA, Philippines – Payback against the San Beda Red Lions in their NCAA finals rematch is far from the Lyceum Pirates’ minds.

Last season, the Pirates saw their historic 18-0 winning streak in the elimination round go down the drain after being swept by the Red Lions in their championship clash.

But as the two teams meet again in the finale this year, Lyceum head coach Topex Robinson stressed that his squad is not aching to get back at their tormentors.

“It’s really a blessing to be in the finals. Again, we don’t say this is vengeance or this is payback. It’s not in our vocabulary,” said Robinson.

“It’s just setting the stage for an opportunity for us to inspire a lot of people. It’ll never change for us. We’re not worried about the result or whomever we’re gonna play,” he added.

“What’s important is how we’re gonna really cherish this experience, especially for these two guys (CJ Perez and MJ Ayaay) who are moving on to the next level. It’s an honor to the guys who are graduating. It’s about that.”

Perez and Ayaay could be bound for the PBA after graduation.

Like their coach, the two key cogs are not too keen on talking about the past.

(Our sole focus is just on ourselves and the team, because if our bond together is lost, we might produce worse results in the upcoming games. So we’re just focusing and trusting one another. That’s all we have to prepare for.)

(My mentality is just to enjoy the game and to dedicate it to our loved ones. That’s it.)

For Lyceum, it’s simply a clean slate heading into the finals. The Pirates won’t find the title dwelling in the past anyway. – Rappler.com