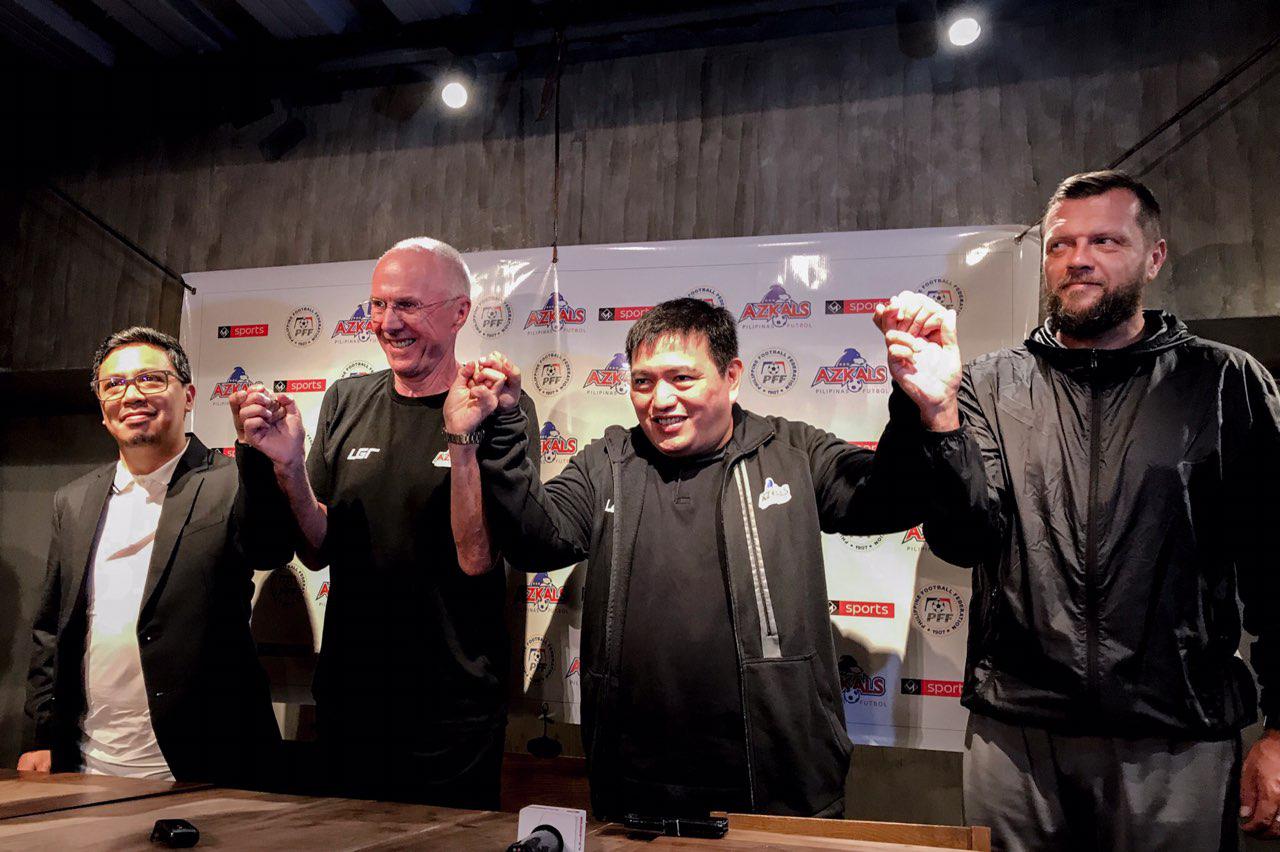 MANILA, Philippines – With the 2018 ASEAN Football Federation (AFF) Suzuki Cup just around the corner, former England manager Sven-Göran Eriksson will finally get a chance to bring the Philippines closer to the dream of becoming a superpower in Southeast Asia.

At 70 years old, the world-renowned Swedish coach – who led England in the 2002 and 2006 World Cups –admitted that this will be his first time to get a taste of Southeast Asian football in his decorated career. (READ: Philippine Azkals dead serious on Suzuki Cup glory)

“I’m very happy to be here [in the Philippines] and I’m sure one of your questions is why am I here? It’s not easy to answer the question, but why not? I’m doing something different which I’ve never done before,” said Eriksson who only had Asian football experience in China.

Despite garnering most of his success in European football, the Swede is not too worried of the transition to the Asian level.

Eriksson’s veteran experience will be tested once again to work with his current raw materials that will lead the Philippine national men’s football team to Suzuki cup glory.

With a new challenge in front him, Eriksson is thrilled to have Azkals senior advisor Scott Cooper  by his side who has made his name known in Southeast Asia because of his successful managerial stint in the Thai League.

After the sudden resignation of former head coach Terry Butcher, Cooper was appointed as the Azkals’ interim head coach who led the team in the Bahrain and Qatar training camps .

In his 5-year tenure as the England manager, Eriksson has handled world football stars like David Beckham, Wayne Rooney and Steven Gerrard.

The Azkals’ Suzuki Cup campaign will begin on Tuesday, November 13, against Singapore in Pana-ad Park and Stadium in Bacolod. – Rappler.com