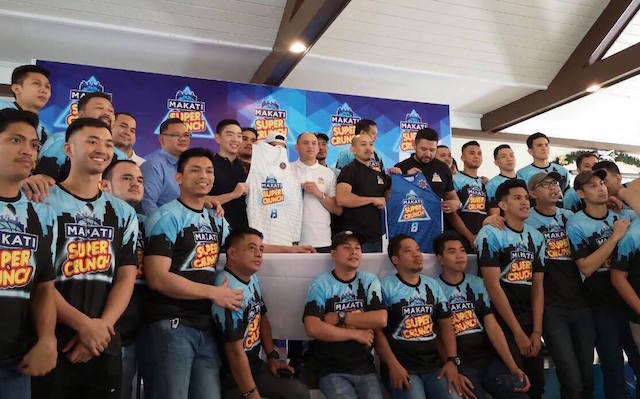 Makati, considered one of the strong teams in the Maharlika Pilipinas Basketball League, formally adapted a new moniker midway through its campaign in the Datu Cup.

“We promise to work harder and play better games so we can make Super Crunch proud of us,” said Pineda.

Makati currently tote an 8-4 win-loss slate, which is good for 4th place in the North Division of the 26-team league.

Their confidence further boosted by the sponsorship, Makati head coach Cholo Villanueva and key cogs Rudy Lingganay and Cedric Ablaza said they are more motivated to win the championship.

According to Makati team manager Marvin Arenas, the brand also plans to apply to the PBA and, if given the chance, would like to help the national team and other sports.

The team’s new uniforms were also unveiled in the event. – Rappler.com