Nov 6, 2018 9:25 AM PHT
Roy Luarca
Facebook Twitter Copy URL
Copied
Asia's first Grandmaster improves to a perfect 3.0 points to separate himself from his erstwhile co-leaders in the 34-man event 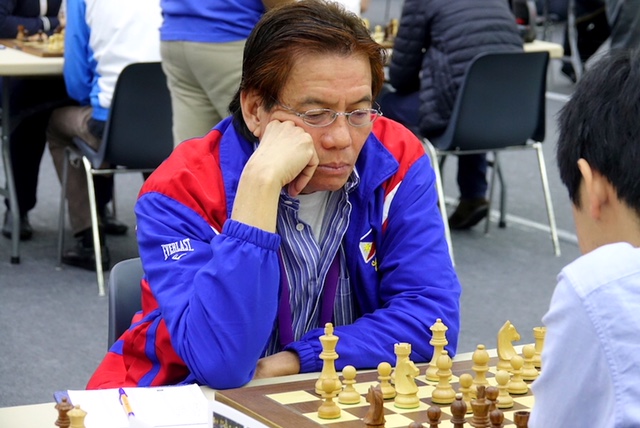 His third straight victory gave Asia’s first Grandmaster a perfect 3.0 points, separating him from his erstwhile co-leaders in the event that lured 34 players – aged 50 and over – from 8 countries.

“I hope to sustain my form,” said Torre, who turned 67 in the two-round inaugurals on Sunday, November 4.

Roca bested Kazakh IM Aitkazy Bairmuzin, while Garma was held to a draw by Khin.

Torre, now head coach of the Philippine chess teams, will handle the black pieces when he tangles with Roca in the fourth round on Tuesday, November 6.

Other key matches of the tournament being hosted by the Tagaytay City government pit Garma against Lorena, Roullo against Caturla, and Fide Master Oleg Rinas (2.0 points) against Khin. – Rappler.com