Nov 6, 2018 6:30 PM PHT
Beatrice Go
Facebook Twitter Copy URL
Copied
Despite their availability for the game against Iran, Andray Blatche and Terrence Romeo are not named to the 20-man training pool 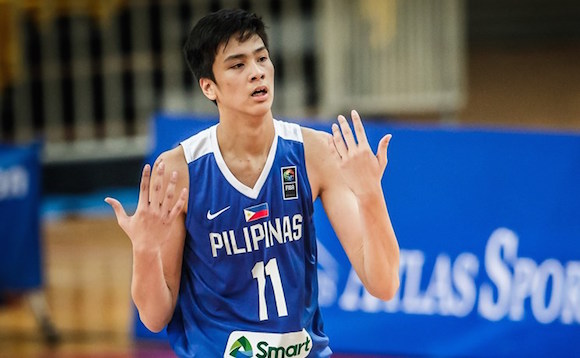 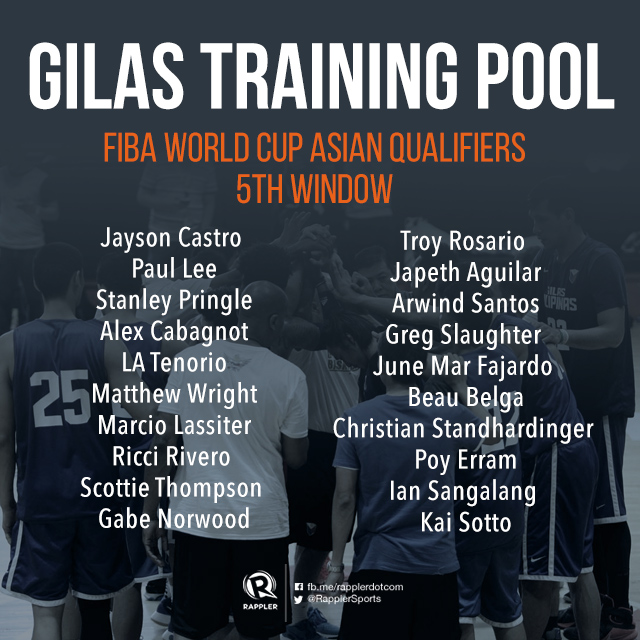 This marks the first time 16-year-old Sotto was named to the Gilas training pool, but Guiao strongly believes in his capabilities.

“We have nothing to lose but everything to gain with Kai. We want to accelerate his development by playing with the big boys…. Or the old boys because he’s a big boy too,” said Guiao.

Castro and Troy Rosario will be returning to the national team after serving their three-game FIBA suspensions from the infamous brawl against Australia last July 2.

Naturalized player Andray Blatche and Talk N’ Text’s Terrence Romeo were not named to the training pool lineup even though they are available for the game against Iran.

“We appreciate what he (Andray Blatche) has done for us previously. It was really a hard decision on our part, but we took into consideration the chemistry that has been built up from the Asian Games with Christian (Standhardinger) and Stanley (Pringle),” said Guiao.

The fiery mentor also cited Standhardinger’s offensive contributions since the Asian Games and the 4th window which deserved strong consideration.

However, Guiao gave an assurance that Blatche and Romeo will be considered for the 6th window.

The Philippines will open the 5th window against Kazakhstan on November 30, followed by another home game against Iran on December 3. Both games will be held at the Mall of Asia Arena.

Gilas Pilipinas will also be holding tune-up games at home with Jordan on November 19 and 21, and Lebanon on November 23 and 25, before the 5th window begins. – Rappler.com