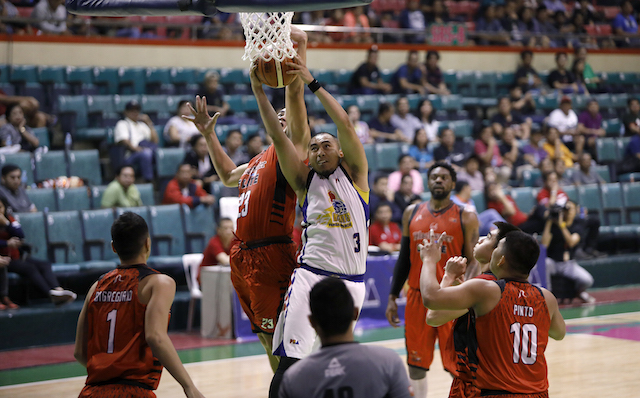 MANILA, Philippines – The Magnolia Hotshots halted the Blackwater Elite comeback, 103-99, to gain a slot in the 2018 PBA Governors’ Cup semifinals on Tuesday, November 6, at the Smart Araneta Coliseum.

Paul Lee led Magnolia with a double-double of 22 points and 12 boards. Romeo Travis and Ian Sangalang chipped in 18 points apiece.

After trailing in the first half, Blackwater’s second half surged brought them to a 91-84 lead over Magnolia midway through the 4th quarter but the Hotshots made an 11-2 run to cut it to a one-point game, 94-95.

Allein Maliksi nabbed the 96-95 lead for the Blackwater after sinking both charities with 2:35 left in the final frame. Sangalang took back the lead with a layup and drew a crucial foul that brought him to the line where he split his freebies to stretch the lead, 98-96.

After Jio Jalalon scooped in a layup, Paul Zamar nailed a triple that brought it back to a one point game as Blackwater trailed by one, 99-100 with 35 ticks to go.

Travis split his free throws which gave Blackwater hope to tie the game with triple, but Nard John Pinto missed the corner three. Lee drew another foul which allowed him to seal the win for Magnolia after sinking two charities.