Nov 7, 2018 9:07 AM PHT
Agence France-Presse
Facebook Twitter Copy URL
Copied
'The ball deserves to go in the crowd after a move like that. So I threw it in the crowd,' says Boston star Kyrie Irving 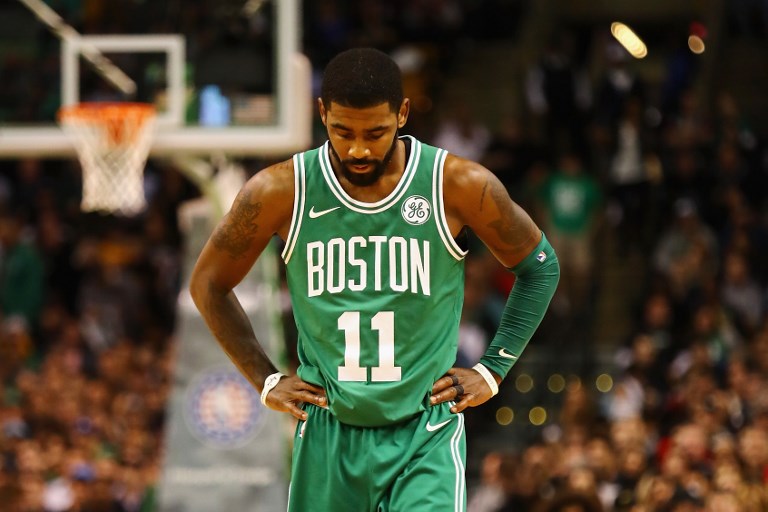 Irving hurled a ball into the public seating area at the end of Boston’s 115-107 defeat to the Denver Nuggets at the Pepsi Center in Colorado on Monday.

A furious Irving was incensed after Nuggets ace Jamal Murray attempted a three-pointer with the final move of the game.

Murray, who finished the Nuggets’ win with 48 points, had been attempting to break through the 50-point barrier.

Irving however reacted furiously following Murray’s attempt, suggesting the 21-year-old had showed a lack of respect.

“The ball deserves to go in the crowd after a move like that,” Irving said later. “So I threw it in the crowd.”

Nuggets head coach Michael Malone denied Murray had intended to be disrespectful to the Celtics.

“You never want to disrespect anyone. I think it wasn’t disrespect; he was trying to get to 50 points, which you understand. But our veterans talked to him, and it’s something he’ll learn from.” – Rappler.com