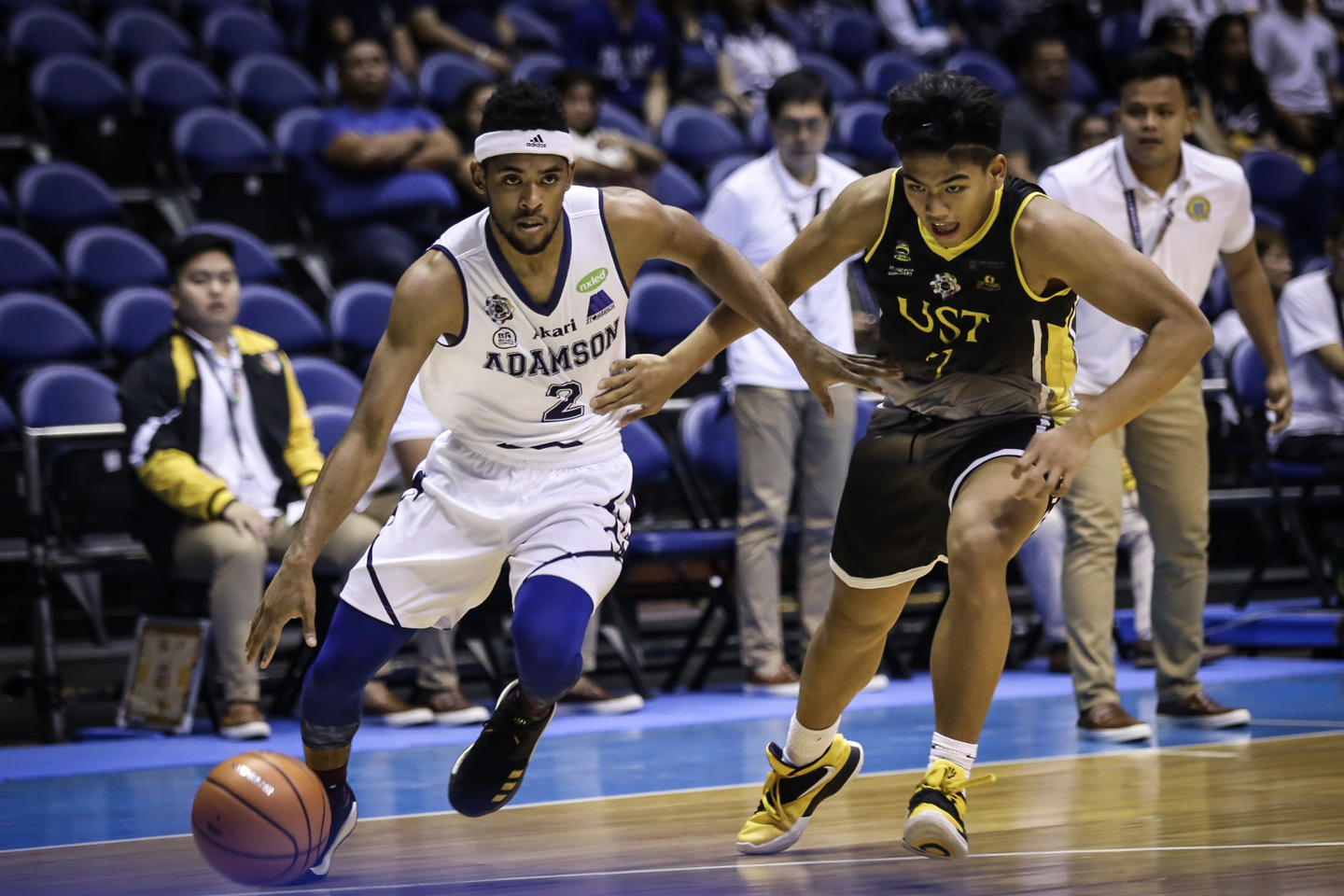 MANILA, Philippines – With a 5-6 record and well within the hunt for the ever-narrowing UAAP Season 81 Final Four, the UST Growling Tigers are looking to bounce back hard from a horrible 69-110 loss  to the De La Salle Green Archers.

However, standing in their way are the 8-4 Adamson Soaring Falcons, who just need one more win to clinch the second Final Four spot.

Something has to give, and it will all depend on who has the hotter hand in the 2 pm duel on Wednesday, November 7 at the Araneta Coliseum. 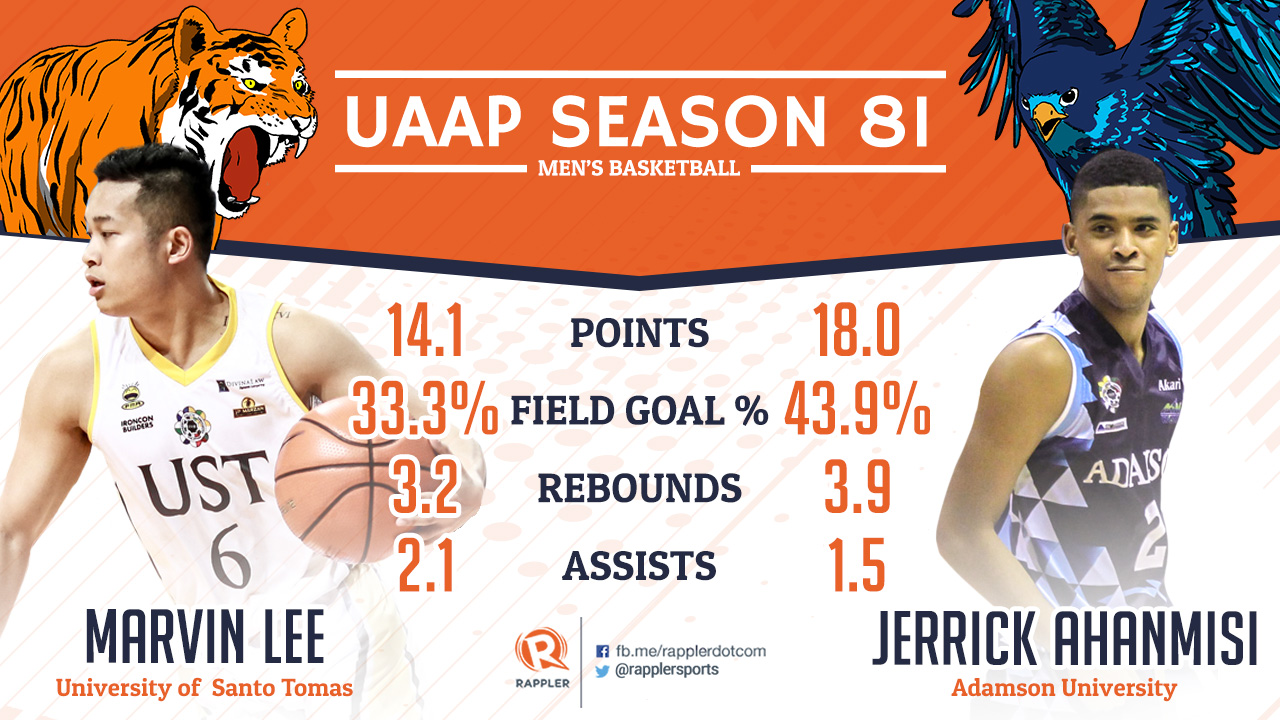 Marvin Lee and Jerrick Ahanmisi particularly have one thing in common: lights-out three-point shooting. Both just have a different way of getting their shots.

Lee is most dangerous when he is allowed to get his volume and rhythm, as evidenced by his career-high 30-point eruption against UE where he sank 8 big threes.

Meanwhile, Ahanmisi is consistently dangerous all throughout the game and his 40.7% average from beyond the arc is a true testament of that.

Simply put, they both should be the highest priority on the defensive assignments.

Overall, both teams really like to play from the outside. UST currently leads the league in perimeter points, averaging 33.8 a game. Adamson isn’t far behind at fourth, with an average of 30.3 points outside the restricted area.

Both teams relatively also like to play at the same speed, with UST clocking in at a fourth-place 78.56 pace while Adamson is right behind them ever so slightly at 78.5. Both are also very evenly matched in overall points production, with UST averaging 72.3 points per game and Adamson norming 72 markers.

Both teams love their perimeter game, but only one benefits from defending there. The sharp-eyed Falcons currently average a league-leading 7.4 steals per game while the Tigers are dead-last with juts 3.3 swipes per contest.

Speaking of defense, the rookie-laden Tigers are the most likely victims of good old D, evidenced by their league-worst 16.9 turnovers per game average. However, the Falcons also have a bad case of butterfingers, averaging a third-worst 16.2 giveaways a night.

Apart from a few outlying numbers, both teams are for the most part, statistically identical. Even in their first round matchup, the Falcons only edged the Tigers by 7, 79-71.

Expect another down-to-the-wire battle this time around. – Rappler.com