Demetrious Johnson seeks to cement legacy in ONE Championship 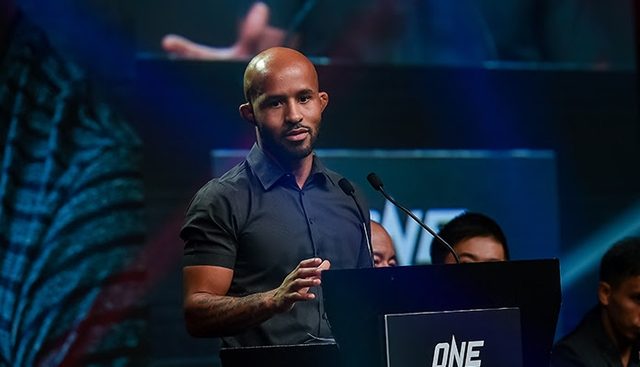 Facebook Twitter Copy URL
Copied
After a six-year reign in UFC's flyweight division, the 32-year-old says it's the 'perfect time' to fight the best in Asia

SINGAPORE – After establishing his status as UFC’s greatest flyweight in history, Demetrious Johnson now seeks to cement his legacy in Asia with ONE Championship.

The “Mighty Mouse” will immediately contend for ONE’s flyweight title after securing a slot in the world grand prix that will pit him against the division’s 7 other best fighters.

“I spent 7 years in North America fighting the best in the world. I’ve never traveled to Asia to fight the best. I think now is the perfect time to do it,” he said.

The 32-year-old had been the UFC’s top pound-for-pound fighter for years after defending his flyweight throne for a record 11 straight fights.

But his six-year reign at the top came to a screeching halt following a split decision loss to Henry Cejudo in August.

It was after that defeat that things changed for Johnson, who was eventually released by the UFC and picked up by ONE in a historic “trade” for former ONE welterweight titlist Ben Askren in October.

Although there is a change in scenery, Johnson’s goals of proving he is the best remains undeterred, saying winning the ONE flyweight belt would be an “icing on the cake.”

“I’ve accomplished a lot in America, now I’m ready to go over here in Asia and cement my legacy over here.”

“The biggest thing that you can expect from me for coming over here to compete in Asia is that I’ll do my best. I am taking no shortcuts.” – Rappler.com