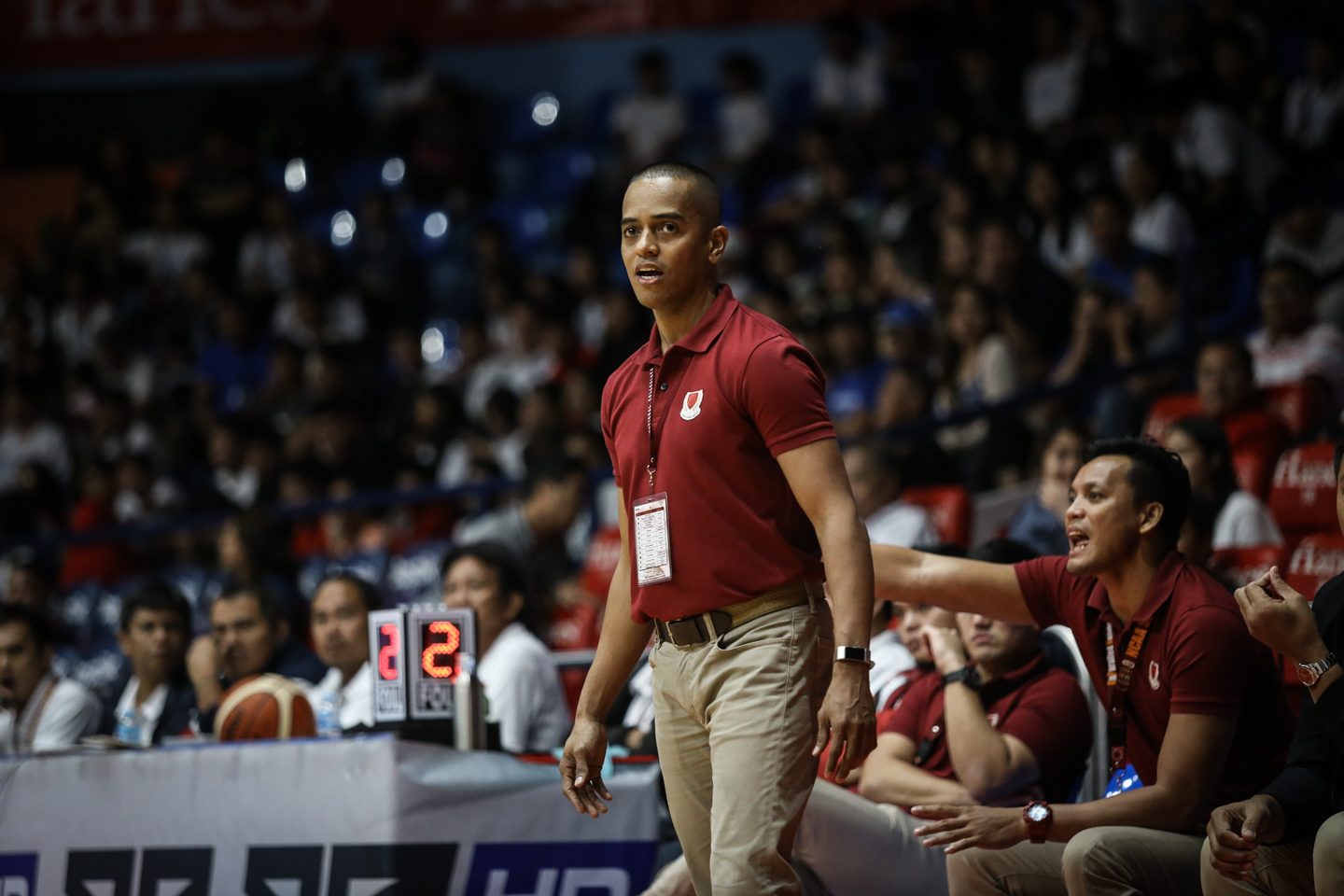 MANILA, Philippines  – Lyceum coach Topex Robinson will be at the sidelines when the Pirates try to force a do-or-die NCAA title showdown against the San Beda Red Lions on Monday, November 12.

NCAA Management Committee chairman Frank Gusi announced on Thursday that Robinson, along with College of St. Benilde (CSB) assistant coach Charles Tiu, will only be sanctioned after the NCAA Season 94 Finals series for issuing statements detrimental to the league.

“The ManCom decided to give CSB  and LPU coaches enough time to finish the remaining Finals games,” Gusi said in a statement.

“Then afterwhich, we are putting continuance to the proceedings in the spirit of sportsmanship and with the best intetest of the league.”

Robinson was under fire for calling out the league for its “inconsistency” in implementing rules.

Lyceum star CJ Perez was suspended in Game 1 of the best-of-three Finals series against San Beda, and was also disqualified from receiving any individual awards for his failure to inform the league that he joined the 2018 PBA Rookie Draft.

Perez was poised to receive the season MVP plum but it was awarded to Perpetual’s Prince Eze instead.

Tiu, on the other hand, lashed out at the league’s decision to suspend Perez by calling it “a joke.”

CJ Perez suspended in game 1 of the NCAA finals!?! Wow. That is a joke. I mean for the reason. That’s crazy.

The Altas, though, only got off with a “stern warning” even as the league noted that Perpetual “deviated from the best practice of NCAA member-schools in informing the league prior to joining a non-NCAA league.”

As such, no games were forfeited and Perpetual got to face San Beda in the Final Four on October 26.

With Perez back for Game 2 of the Finals, Lyceum hopes to avenge its sorry 60-73 Game 1 loss  and force a rubber match against defending champion San Beda. – Rappler.com